The Flora in question, a 100-pound malamute, is indeed a friend of felines. She’s been around them all her life, Love Meow reports, but was recently faced with the loss of her best friend, an adopted senior cat named Dexter, who died at the age of 22.

“Flora was beyond heartbroken,” Williams told Mother Nature Network. “She spent many weeks outside, howling and depressed. It was really sad.” 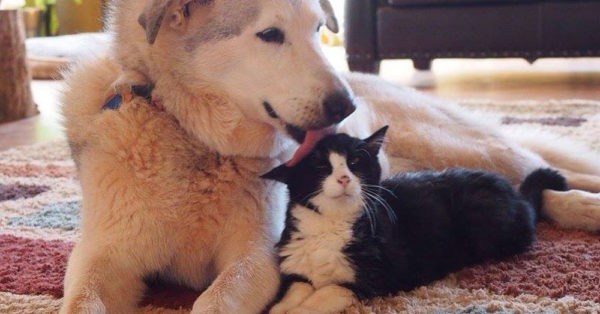 “While the cats did help ease some of the sadness that Flora was feeling, the new youngsters didn’t like to cuddle the way Dexter did. She was still lonely,” the Best Friends Animal Society told Love Meow. 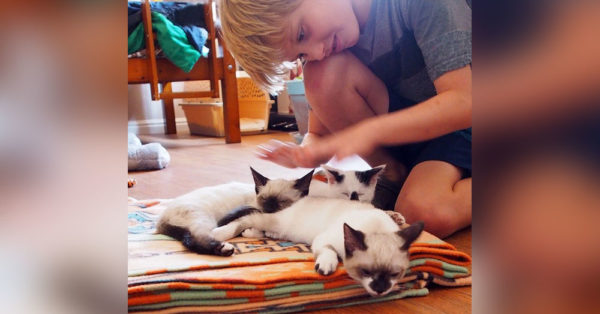 Flora was still feeling down for months after Dexter’s passing, but then some new friends came along. Williams brought home a litter of kittens for her children to foster: Iggy, Bowie, Roxy, and Glamour.

The temporary residents of the Williams home quickly fell in love with furry Flora. Iggy was the first to greet his new canine companion with a sniff on the snoot. 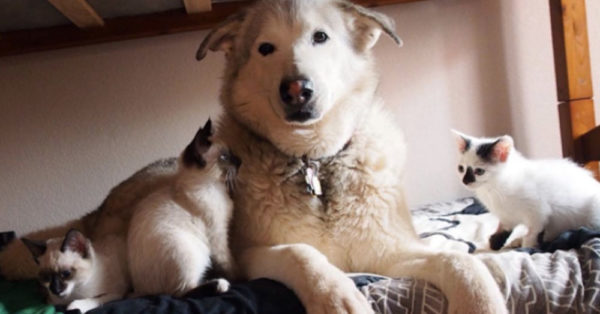 “Flora gently brought her face down to meet his and got a huge smile on her face,” Williams said.

Before long, the others followed suit.

“Glamour climbed up Flora’s side, sniffing her ears and eyes. Flora just laid there with a big, squinty smile on her face,” Williams continued. “It was so cute.” 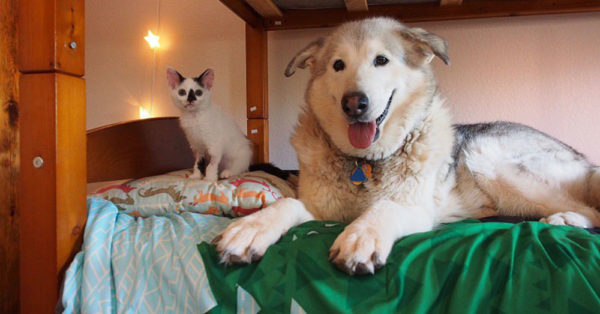 There’s been a big smile on Flora’s face ever since. She’s a proud mama and proof that all it takes is a little love to make a difference.

“They are such awesome kittens. It melts my heart to see big mama Flora taking them under her wing,” Williams said.