Charlie was once a sickly, overweight, scared shelter dog.  He was taken in by a foster family, and became a foster fail.  They fell in love and adopted him, and now Charlie hugs and comforts the other shelter dogs the family fosters. 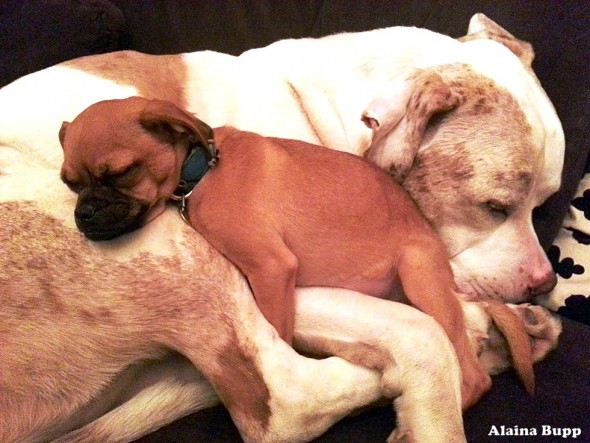 The people who Charlie once belonged to obviously didn’t give him the care he needed before dumping him at a Denver shelter.  The Catahoula mix was 35 pounds overweight and so out of shape that staffed believed he might have actually been suffering seizures because he was panting so hard after his first walk.

Through the Dumb Friends League, he found himself being fostered by volunteer Alaina Bupp and her husband.  They wanted him to spend a month with them to see if he had any more seizures.  But he didn’t.  They gave him plenty of much-needed exercise, and during his stay, they fell for him. 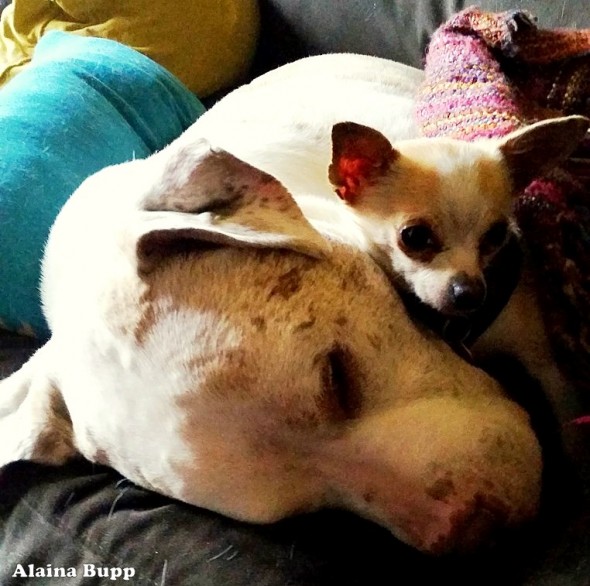 “There was something about Charlie,” Alaina told The Dodo. “We both wanted to keep him. We both decided he was a permanent member of our family.”

They doted on him for as long as it took for him to heal. But soon it was time to begin fostering again. They wanted to help more dogs, but they had no idea what a huge help Charlie would be.

Their first was a tiny Chihuahua who was so malnourished that he was cold all the time. But Charlie turned out to be a real boon. He’s like a cuddly space heater, and kept the new guy nice and toasty.

“Charlie’s a big guy and he puts off a lot of heat,” Alaina said. 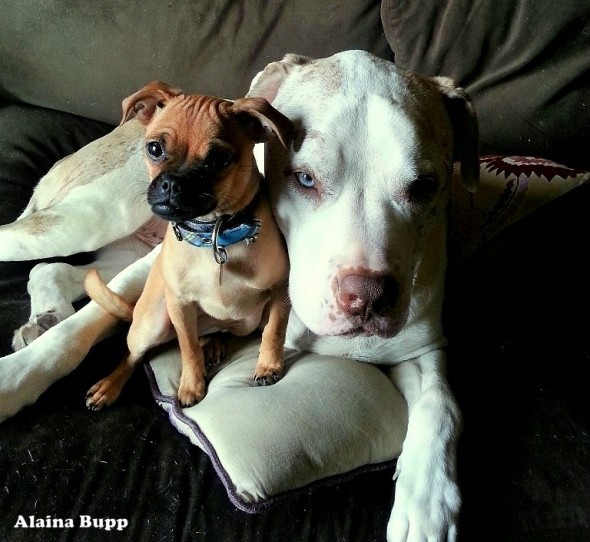 Though the Chihuahua was nervous, he was put at ease around the mellow Charlie. Alaina soon realized that he might have a real flair for being a foster brother.

When other dogs were brought to the house, they just needed to snuggle with Charlie. He calmed them during such a tumultuous time in their lives.

“I think really the difference is confidence,” Alaina explained. “He makes them feel safe.”

In the past three years that Charlie has been with the Bupps, he has helped them foster 13 dogs. Because of his effect on them, he has helped them come out of their shells enough for potential adopters to see what wonderful companions they could make. 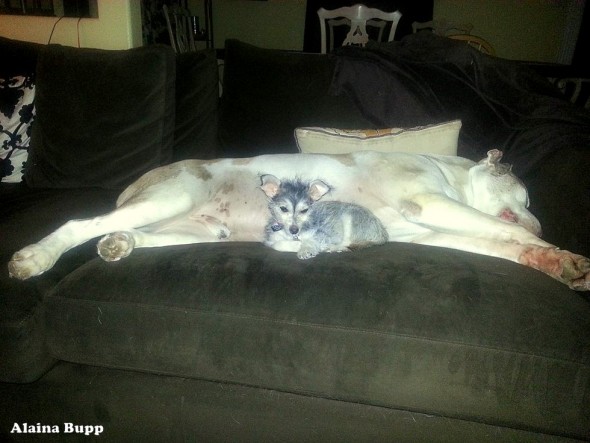 His newest sibling is another Chihuahua.“He’s still skittish around me, but he loves Charlie.”

The big guy sleeps on the bed with his humans, and when the little guy saw that, he realized it was safe for him to do, too.

“Once Charlie gets in bed, he comes and gets in bed with us too,” Alaina noted. “I know he wouldn’t do that if Charlie wasn’t doing that.” 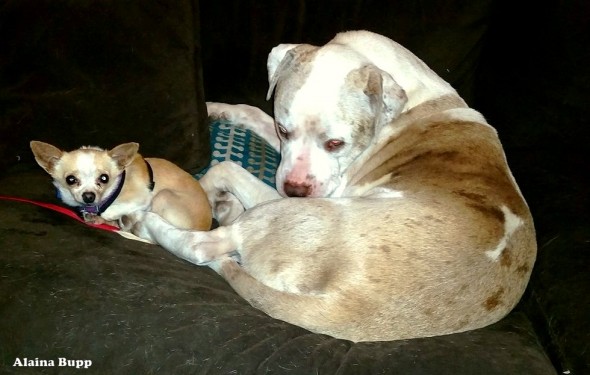