Biker and musician Brandon Turnbow saw something one day that he just couldn’t believe. He was riding his bike along Highway 171 when he saw a man on the side of the road beating a dog. It was then that the dog’s life would change forever.

“I went after the guy just to give him a number one sign,” Brandon said on Facebook. “And I now have a Co pilot — Meet Mr. DAVIDSON.”

It was just another day on the bike for Brandon Turnbow when he saw something he couldn’t believe: a man beating a little white dog on the side of the road. 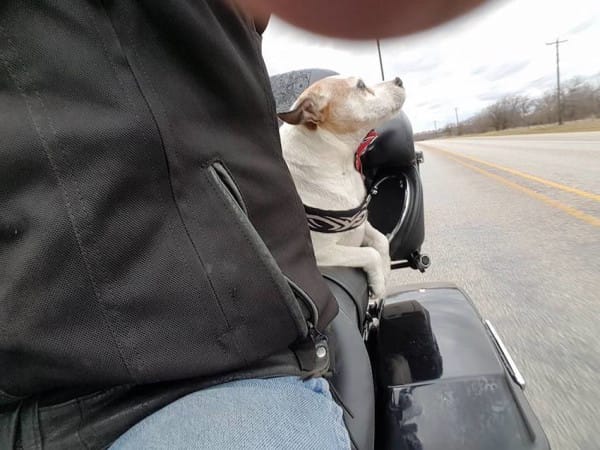 The man threw the dog down and took off. That’s when Brandon pulled over to check on the dog. 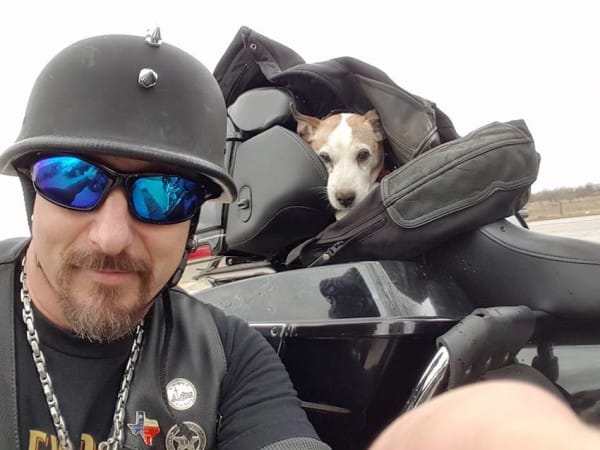 He named the pup Mr. Davidson (after Harley) and secured him on his bike. They spent the day on the open road before heading back to the house. 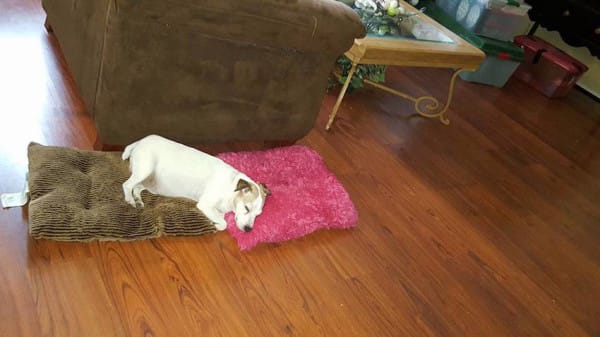 …And he decided to keep him forever. “Well looks like my Co pilot has found peace,” said Brandon. “His belly is full and he found the pillow.” 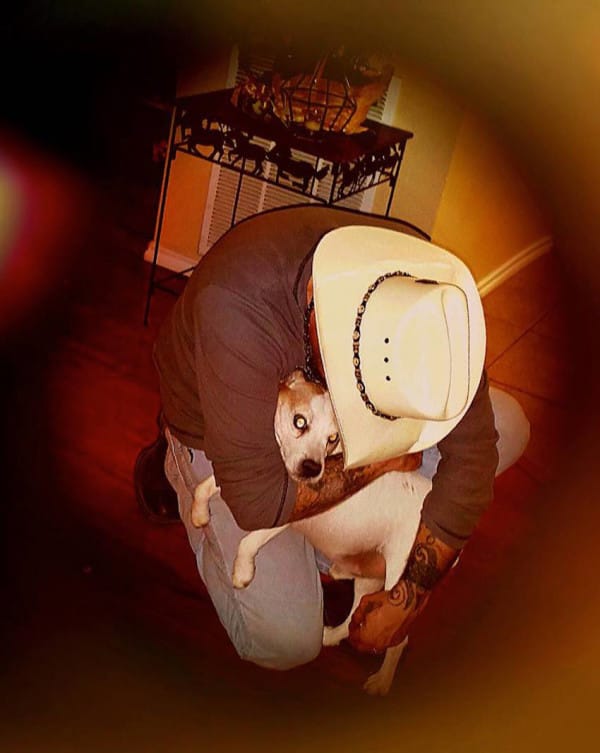 He decided to use Mr. Davidson’s story to spread awareness and help abused animals by starting “Baaang” (Bikers Against Animal Abuse National Global). 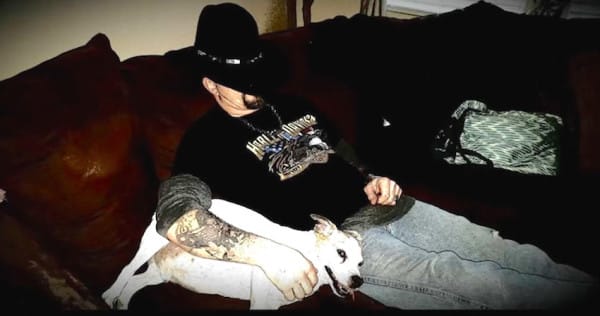 “Let’s all join together to make this happen on an epic scale. I know there are a lot of Bikers out there that love animals so how would you like it if we sent Bikers to collect abused animals near you?”

To promote Baaang, Brandon wrote a song and made a video about Mr. Davidson — and it’s going viral. You can check it out here: