Being surrendered to an animal shelter is a shock. To go from living in a home to being placed in a hard, cold kennel can come as quite a shock. There is a feeling of disconnect, you are no longer someone’s pet. Everything you once knew in life is gone. Muneca arrived at Baldwin Park Animal Care Center in Los Angeles and was desperate to forge a new connection. 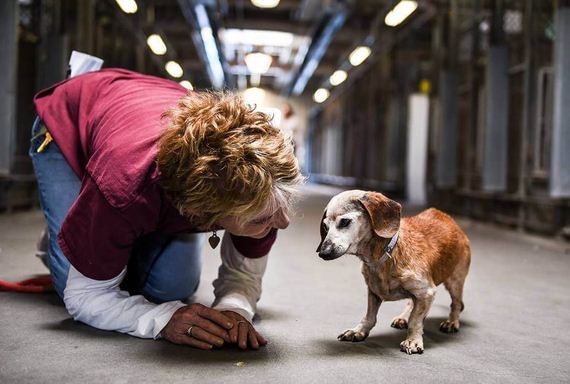 The 18-year old dachshund had lost her home, and she was blind. Elaine Seamans, a longtime volunteer, went to visit Muneca on Tuesday. Muneca blind and flea infested jumped into Elaine’s arms and didn’t want to let go. It just so happened that photographer John Hwang had stopped at the shelter that day and asked if he could take some pictures. 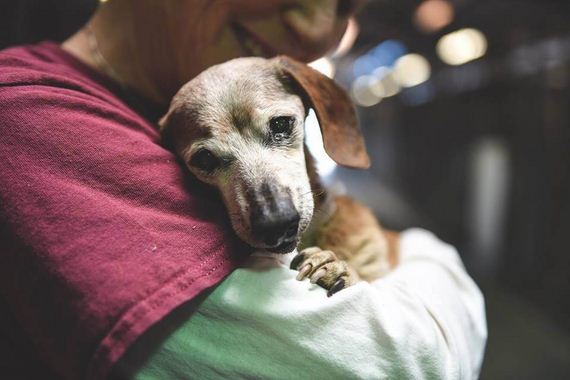 Hwang said when he got there Elaine was already holding Muneca, and he could see that the dog was clinging to her. Hwang said that Elaine is amazing. She will roll around on the floor with the dogs and kiss them, she has a special chemistry, and he loved being able to capture it. Hwang’s images caught the attention of the rescue group Frosted Faces Foundation after they were posted on Facebook. 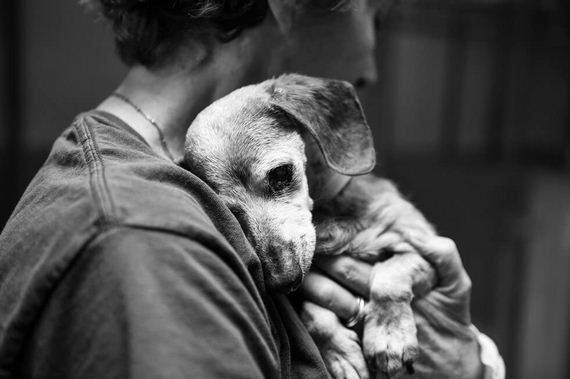 Muneca only spent two days at the shelter. She went off to see a veterinarian in San Diego and is being fostered until a forever home can be found. 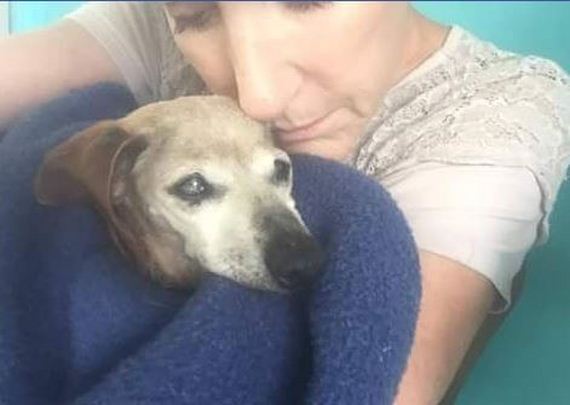 People like Elaine give shelter animals a little hope and a lot of love during a very stressful and sad time. Share away, people.