When Hoshi had both of his eyes removed due to glaucoma, his life was completely changed. Adapting to life without sight would not be easy as a senior dog, but his best buddy, Zen, knows he needs help and is at his side wherever he goes. 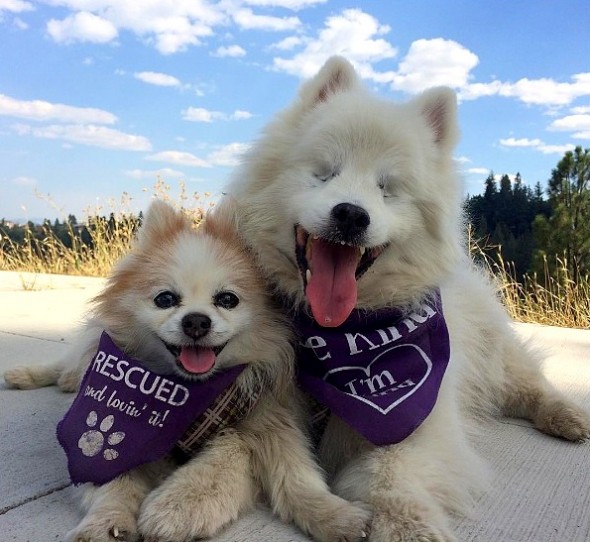 The American Eskimo lost his eyes at 11, but in a twist of fate, it was only months earlier that his family adopted his Pomeranian brother. The little guy was found just surviving on the wintry streets of Spokane, Washington. He has an enlarged heart, pulmonary edema, narrowed trachea, and rotten teeth. 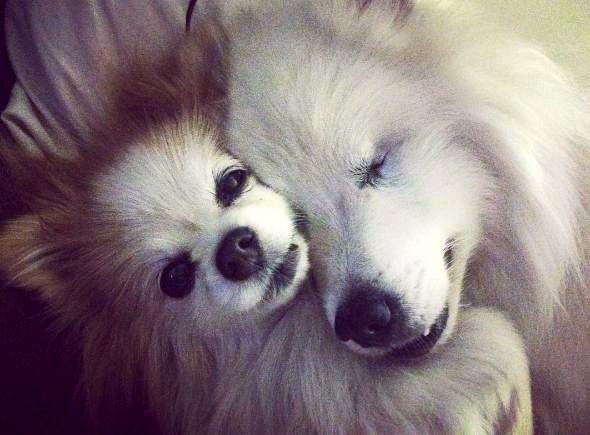 “The moment I saw him, I was in love,” Pauline Perez told The Dodo. “Little did we know the big role he would end up playing in Hoshi’s life.” 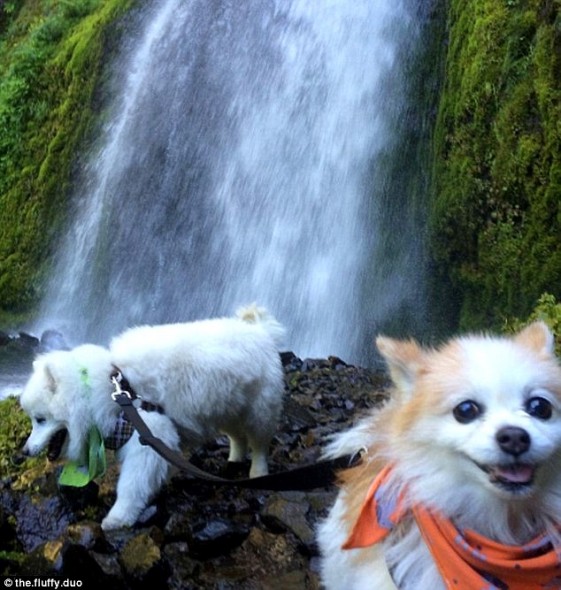 She and her boyfriend weren’t sure Hoshi would be as mad about him while he was going through such pain, but his love was just the medicine he needed. After Hoshi underwent the operation, he and Zen became bonded for life. 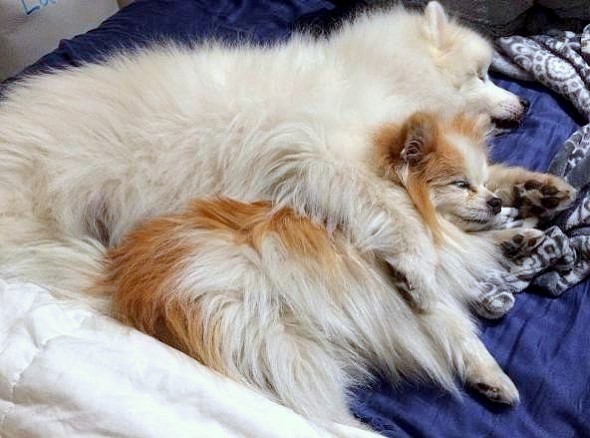 “I was a little worried how Hoshi would react when I brought Zen home from the shelter,” Perez said. “To my surprise, he didn’t bark at all. He kept smelling him, staying close to him. Now they are inseparable.” 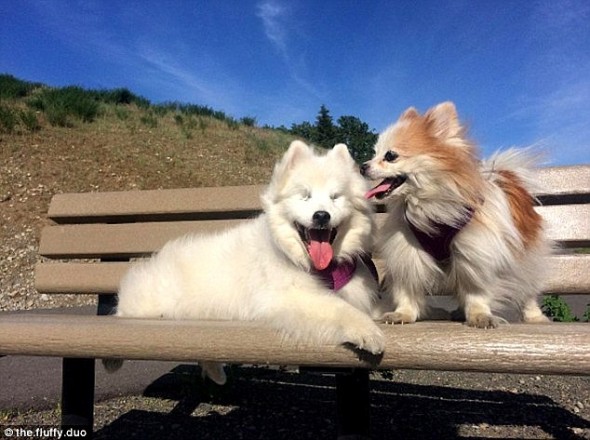 Zen understands that Hoshi needs his help, and he is glad to lead him and give him the confidence he needs to get around. 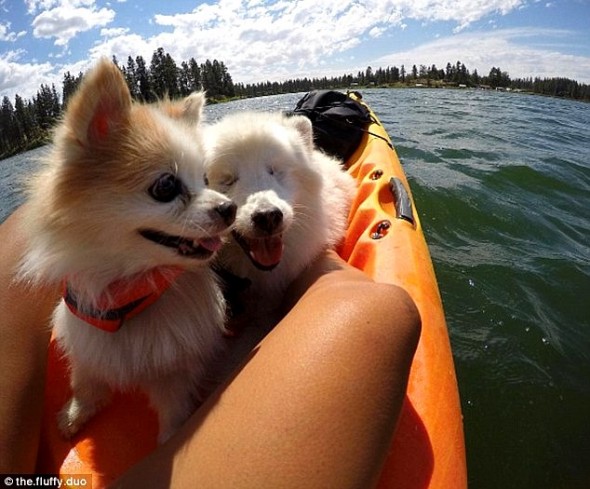 “They are hiking buddies. We attach a leash together and Zen does the leading. Even if they’re on two separate leashes, Zen walks beside him.” 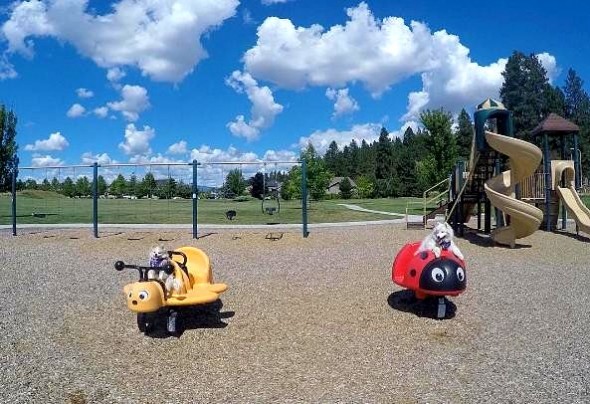 And the relationship is mutually beneficial. When Zen was first brought home, he was very skittish, but Hoshi has helped him overcome that to allow his happy and loving personality to emerge. 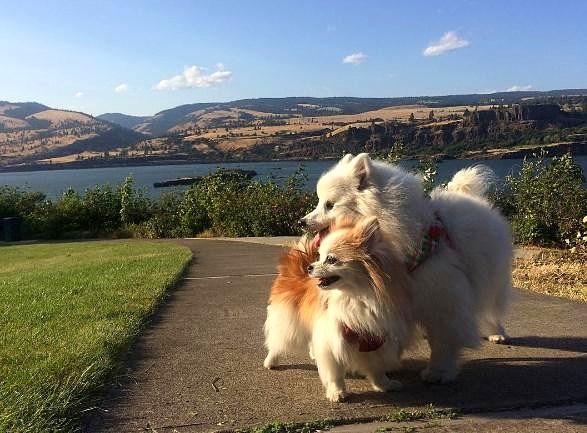 “Zen picked up a lot of Hoshi’s habits,” Perez said. 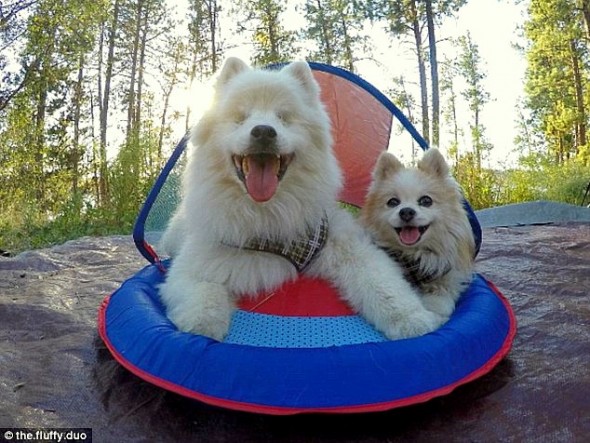 The family goes on tons of adventures together, which they share on their Instagram page, the.fluffy.duo. Rarely have you ever seen such a smiley pair of dogs! 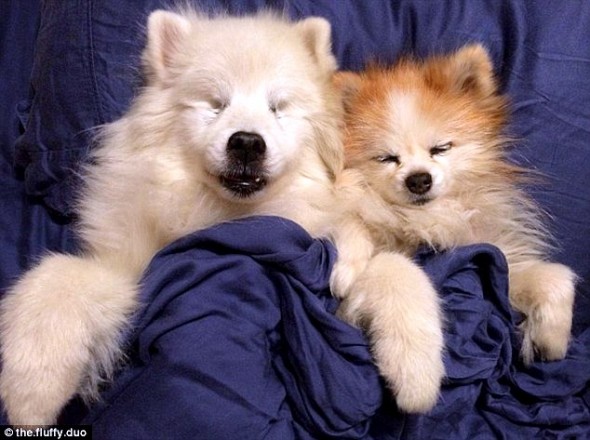