When Remy was adopted by his family, he had two bright, beautiful blue eyes. Two years ago, he lost sight in one of them, and then very quickly, the other eye went as well. This may have made the beautiful husky a blind dog, but it also made him very creative. He isn’t always successful in locating his bed, but he still sleeps comfortably wherever he finds the space. 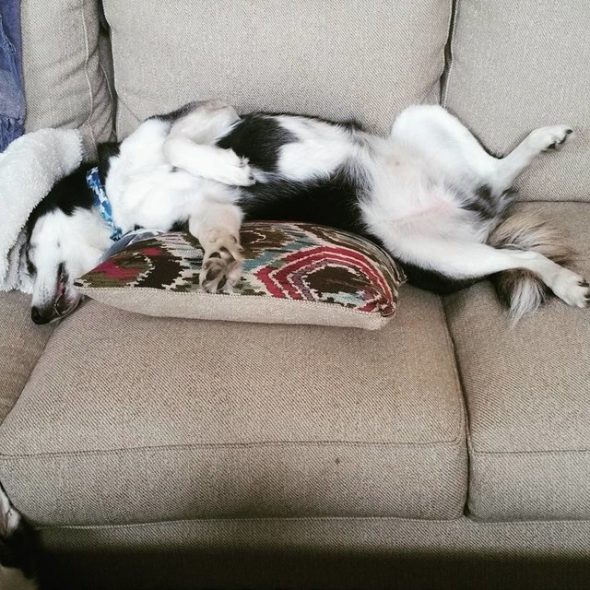 As one could imagine, getting used to life as a blind dog wasn’t exactly an easy task. Going from having a grip on where everything is, to having no ability to know if someone moved something on you is no easy thing to get used to. However, Remy had his family to help him through all of it, and it also helped that he’s a very smart dog. 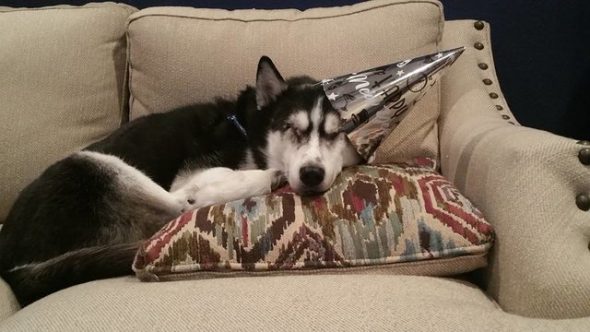 “He was pretty terrified and would run into stuff or step off of stuff and just stand there shaking,” Christopher Stobie, Remy’s dad, told The Dodo.  “It was super sad, but we worked with him a bunch and now he’s almost too confident. He will just start running off in a certain direction assuming we’re going to stop him if he is going to hit something.”

Now, there are times where it might seem that Remy has suffered through nothing at all!  He can do most things he used to for himself, and has a lot of confidence.  He even seems to have learned a new skill along the way!  Sometimes, things don’t really go according to the plan in Remy’s head.  But that’s OK, since he’s learned to make it look like that was exactly what he wanted. 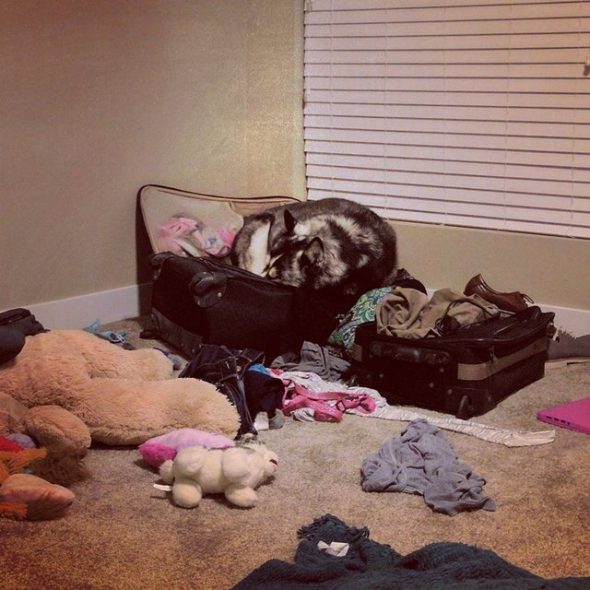 Remy can have trouble at times locating his bed, but still he doesn’t let that get him down. He’s taken to finding anywhere in the area that is “suitable” and crash out for a snooze. There was even one time where he decided that his human mom and dad’s suitcase was a good place for some sleep, and nestled himself right in.

“He HAS to sleep on top of stuff,” Stobie said. “Whether it’s a stuffed animal or a pillow or a suitcase, he always has to climb onto it and step around a bunch, then finally lie down. He’s rarely simple. He likes to look out windows, which we find pretty funny, and a lot of times he’ll go stand in a corner and just stare.” 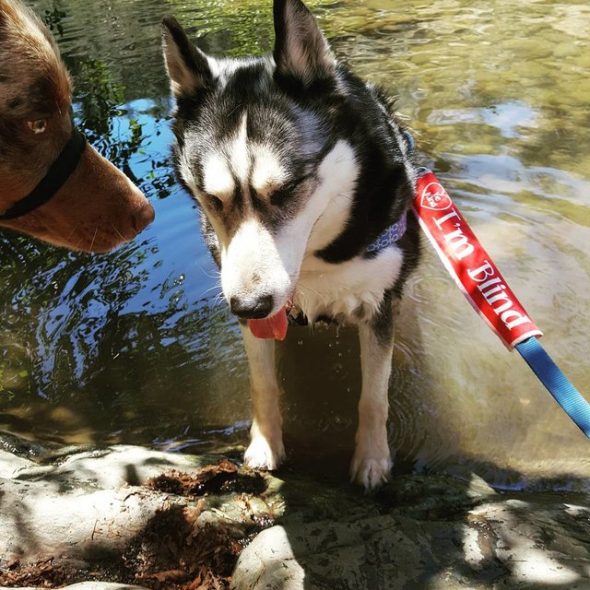 So, even though Remy has had to go up against some adversity, he still comes out on top. He’s smart, clever and a little bit silly. We think there make up for an interesting recipe for a very good dog! 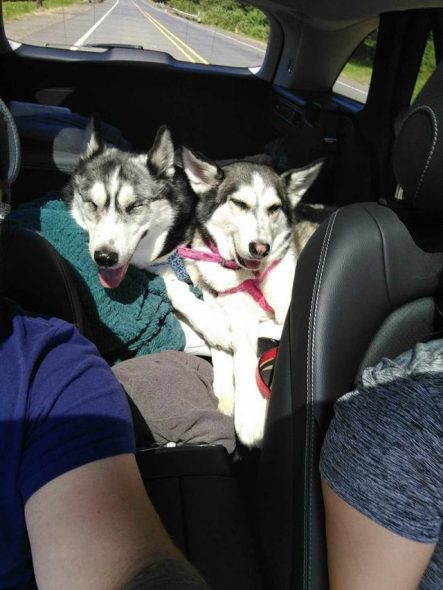