There was a New York Christmas miracle at 125th Street Station on Tuesday when a blind man and his guide dog survived being runover by a subway train after they both fell onto the tracks – but now the two friends face being separated because his owner can’t afford to care for him.
Cecil Williams, 61, was making his way to the dentist at 9.30 am with his 10-year-old black Labrador Orlando when he suddenly felt faint and began to wobble perilously close to the edge of the platform.
His longtime buddy desperately tried to hold him back from falling by pulling at his leash.
They both tumbled onto the tracks where Orlando managed to wake Cecil by licking his face just in time for them both to duck into the middle trench between the tracks. 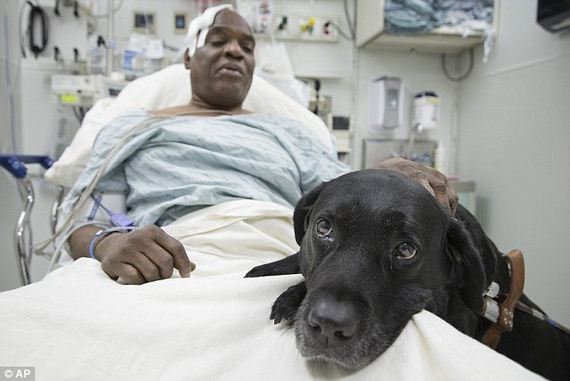 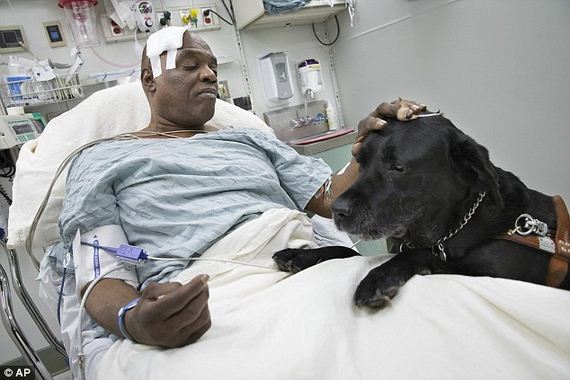 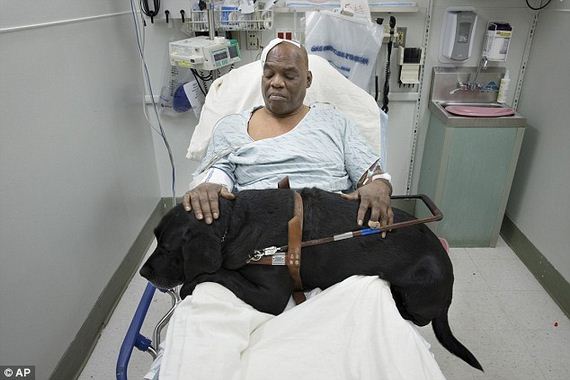 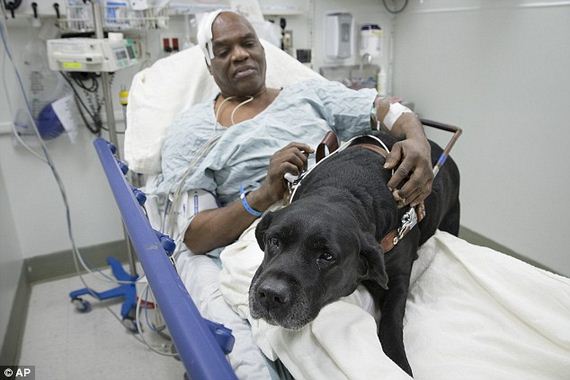 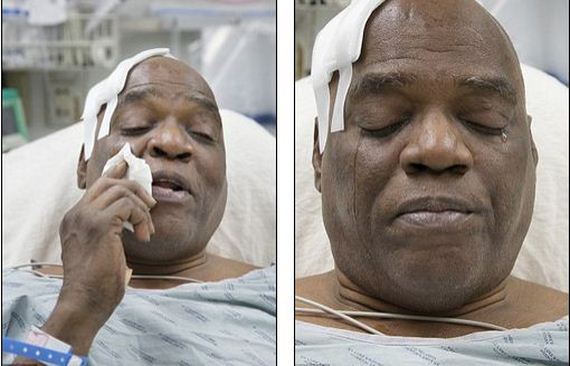 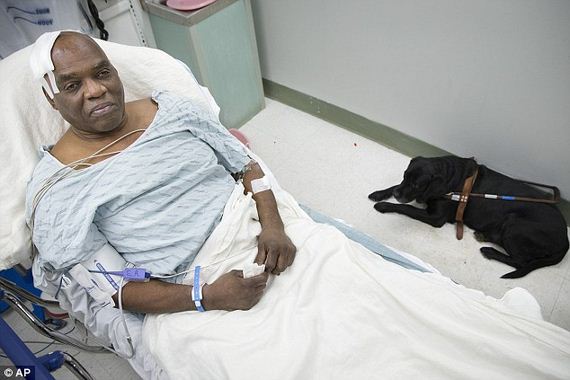 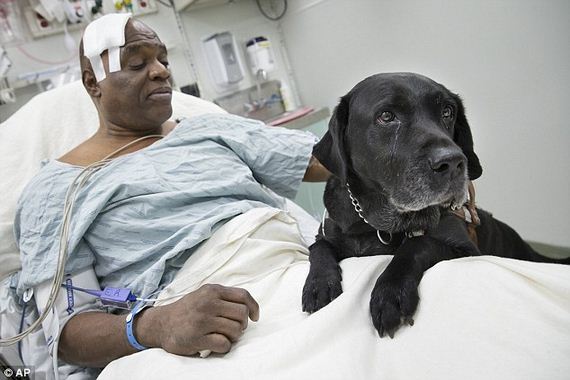 As Williams regained consciousness, he heard someone telling him to be still. Emergency workers put him on a stretcher and pulled him from the subway, and made sure the dog was not badly injured.

‘I’m feeling amazed,’ Williams said. ‘I feel that God, the powers that be, have something in store from me. They didn’t take me away this time. I’m here for a reason.’

Police said both Williams and the dog were taken to a hospital where they were expected to recover. Williams says he is not sure why he lost consciousness, but he is on insulin and other medications. 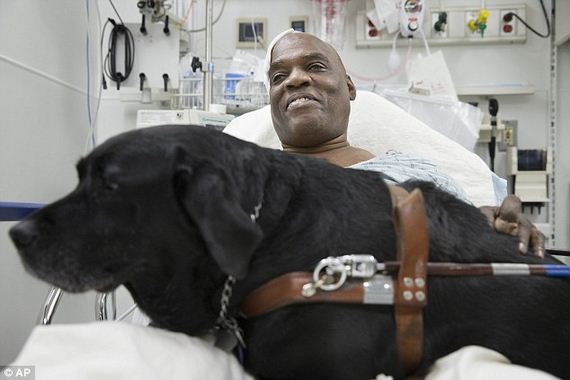 Orlando, a seriously laid-back dog, was at the hospital making new friends — and he will be rewarded with some type of special treat, Williams said, and will be given plenty of affection and scratches behind the ears.

Williams, of Brooklyn, has been blind since 1995, and Orlando is his second dog. The lab will be 11 on Jan. 5, and will be retiring soon, Williams said. His health insurance will not cover the cost of a non-working dog, so he will be looking for a good home for him.

If he had the money, Williams said, ‘I would definitely keep him.’