Jude was found at six-weeks-old neglected with two ruptured eyes and countless medical issues. He was taken in by Lennon’s Legacy Sanctuary, a forever home for special needs animals, months after the family lost their beloved blind dog, Dexter.

The family was still grieving for their special wobbly boy but knew they were called to help another in need. However, they never realized how much Jude would help them heal. 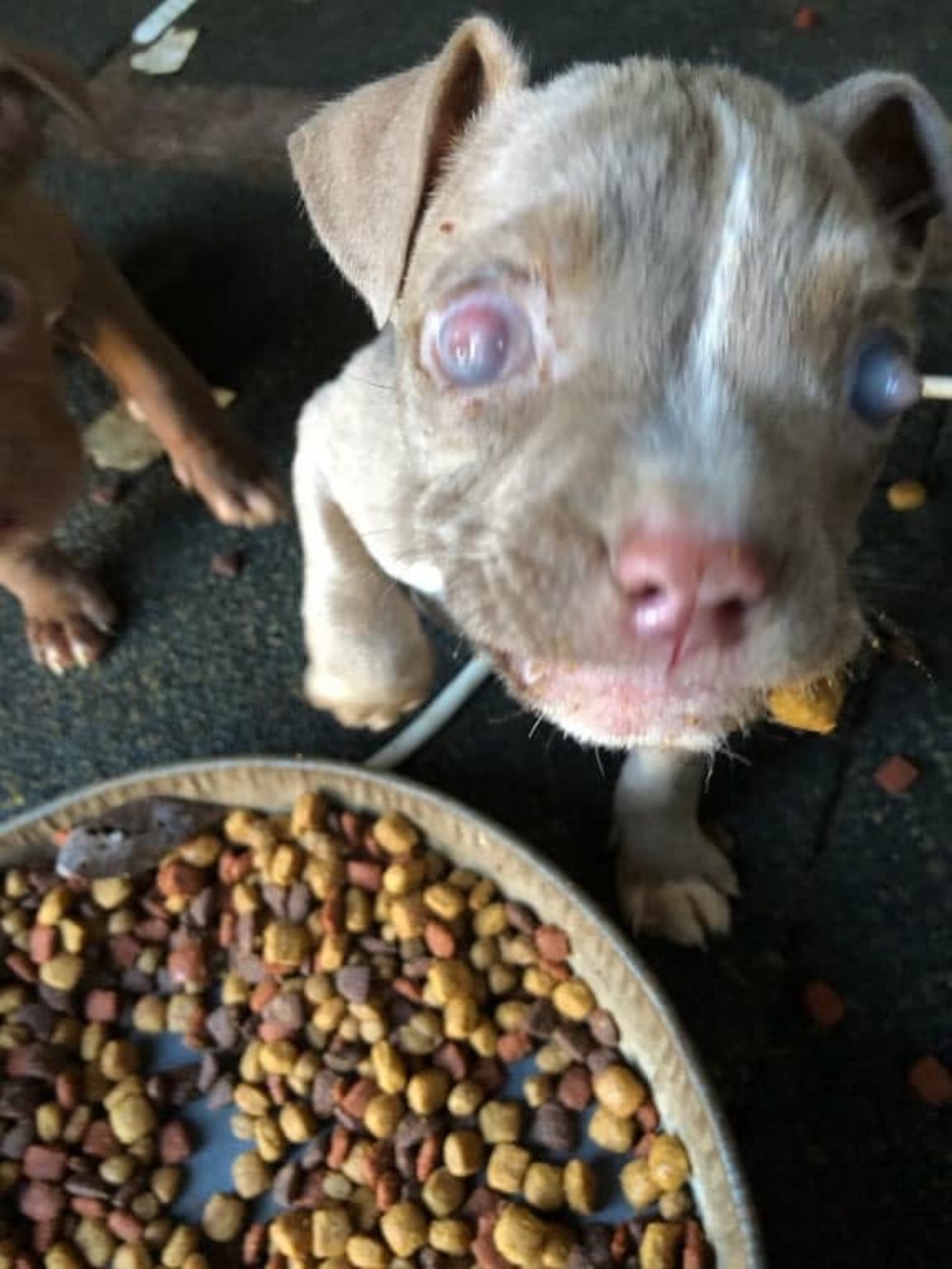 Jude had both of his eyes removed but hasn’t let that stop him from living life to the fullest. In addition to being malnourished and having a spinal curvature, he suffered with severely bowed legs, broken teeth, allergies, anxiety, muscle sprains and bladder and bone infections. But Jude didn’t let anything dampen his happy spirit. 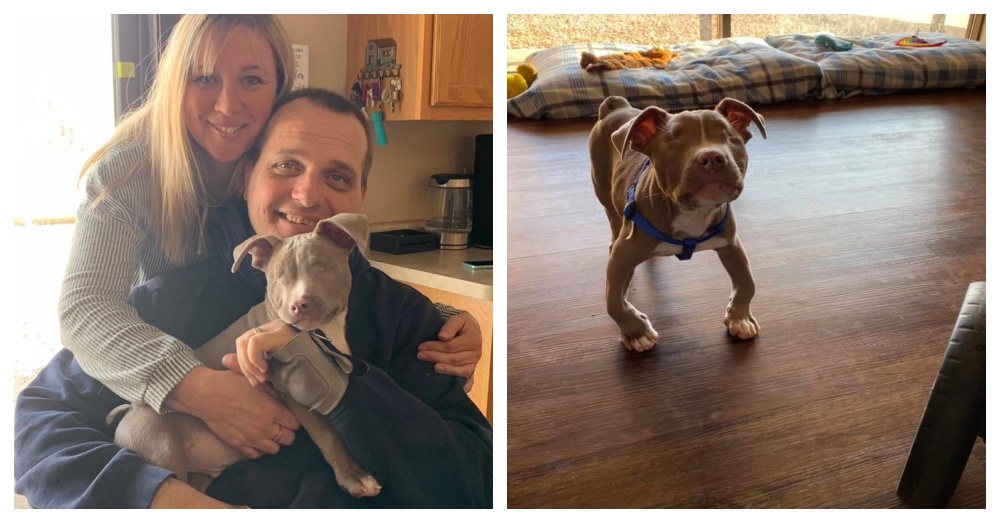 Just like Dexter, Jude loves to run around the backyard. His mom, Nicole, posted, “Thankfully he doesn’t know he has this condition…. he doesn’t even know he’s blind! The beauty of being a dog!!!”

He quickly bonded with his new humans and animal siblings, especially a ginger cat named Oscar. 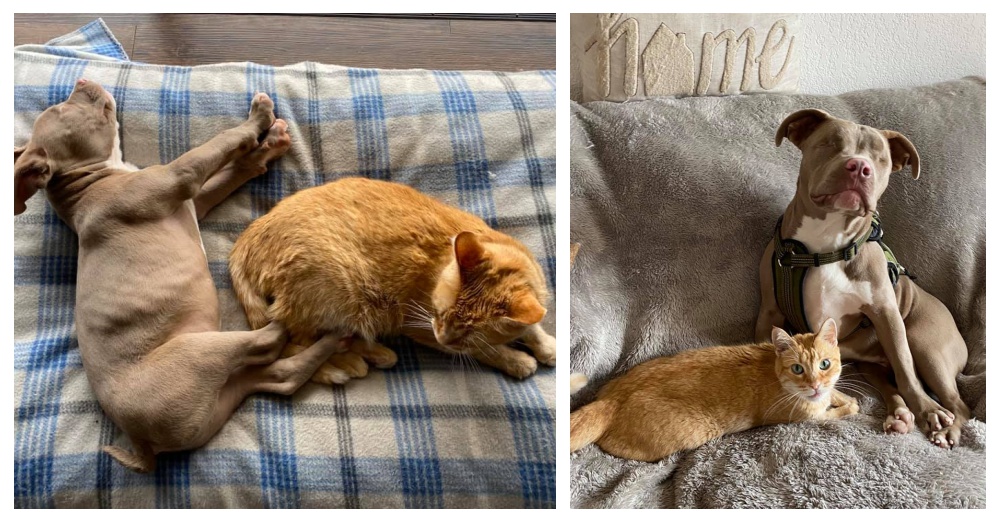