One of the most heartbreaking feelings in the world is the fear of being left behind by people that you love and trust—and that’s as true for dogs as it is for humans.

Muñeca is an 18-year-old dachshund that was dumped at an animal shelter by her family after they decided that they could no longer take care of a senior dog. Worse yet, she had gone completely blind. Nevertheless, she still knew exactly what she needed…

Muñeca the dachshund lost just about everything that a dog could have: a comfortable home, a loving family, and even her eyesight.

After being abandoned at an animal shelter, all she wanted was to feel some sort of connection with a human again. 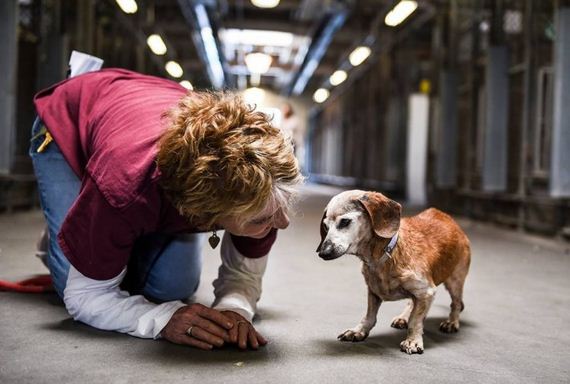 She made those feelings quite clear once she met shelter volunteer Elaine! Muñeca was ecstatic, and despite being so old and blind, she jumped right into Elaine’s arms! 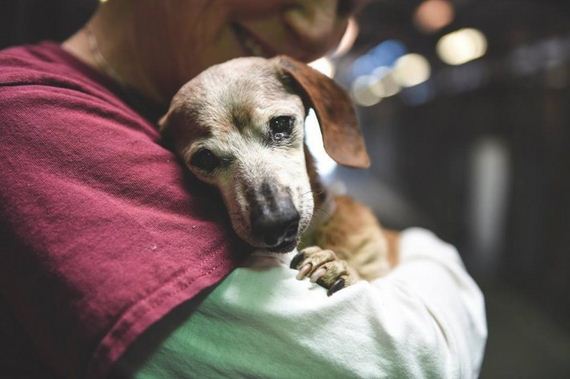 Photographer John Hwang was there, too, and he may have changed Muñeca’s life more than anyone else.

After he shared the below photo on Facebook, a rescue group called Frosted Faces Foundation took notice. 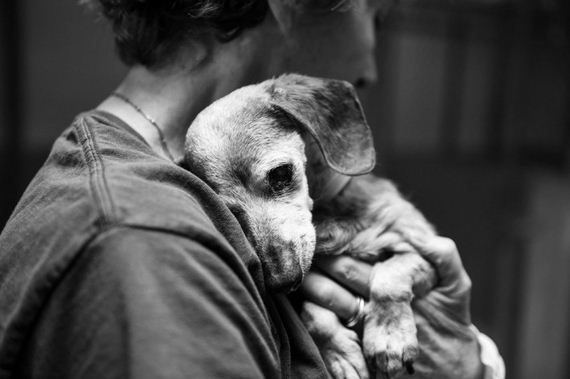 The group took Muñeca to a veterinarian for a checkup and are now looking for a forever home for the pup.