We’re not sure if there’s crying in baseball, especially after the Chicago Cubs’ recent win, but there may well be crying in hockey. 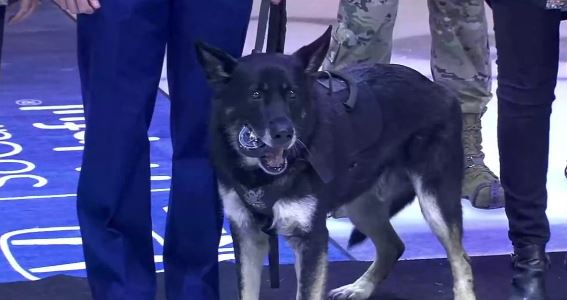 Last night, the Anaheim Ducks hosted the Calgary Flames for Military Appreciation Night and to kick off the festivities and the action, members of the U.S. Marines and the Canadian Army were joined on the ice by Lance Corporal Brandon C. Benningfield and Corporal Nero, his Military Police Patrol/Explosive Detector Dog, for the pregame ceremony, where Corporal Nero dropped the puck. 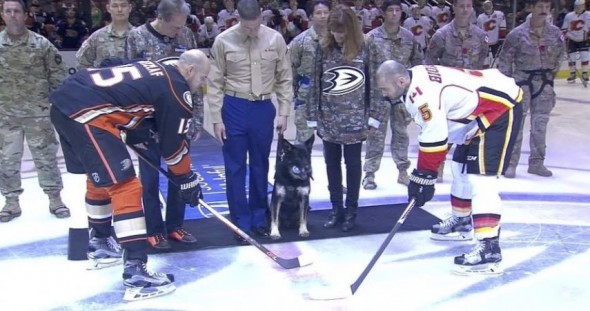 “Corporal Nero was acquired by the Department of Defense in August of 2011 at the age of one,” said Ducks PA Announcer Phil Hulett (website RMNB reported).

“Upon graduation of the dog training school in March of 2012, K9 Nero reported to Marine Core Base Camp Pendleton for official duty as a bomb sniffing police officer. Corporal Nero has led his team in over 10,000 hours of police K9 utilization in just under two years as a team. 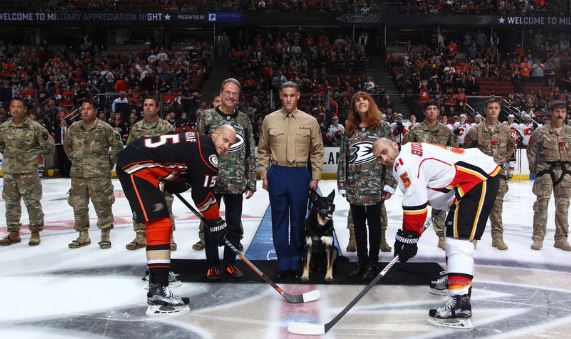