Derby the Dog, as he has come to be known, is a Husky that was born with a congenital deformity – his front legs were abnormally small and had no front paws. This meant he could not walk or sit like a normal dog. He was given to Peace and Paws, a New Hampshire rescue group, and was fostered by Tara Anderson. 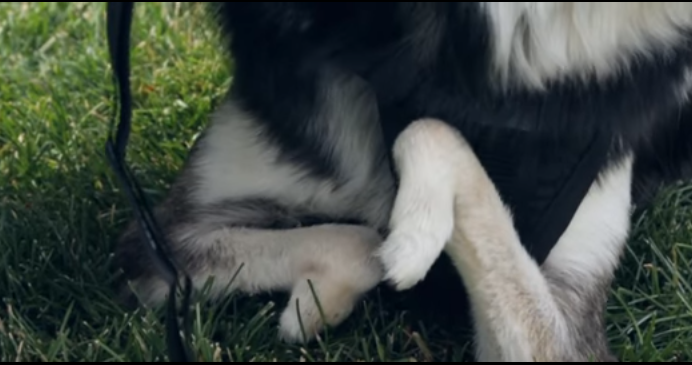 As fate would have it, Anderson worked for a 3D printing company called 3D Systems. Anderson decided to utilize her company’s technology to make Derby a pair of prosthetic legs! Along with her co-workers (Kevin Atkins and Dave DiPinto), Anderson consulted an animal orthopedic veterinarian, Dr. Derrick Campana of Animal Ortho Care, LLC and got to work.

After scanning his legs, they set about “printing” his prosthetics, which include rubber treats and rigid spokes, and are attached to his body using straps. 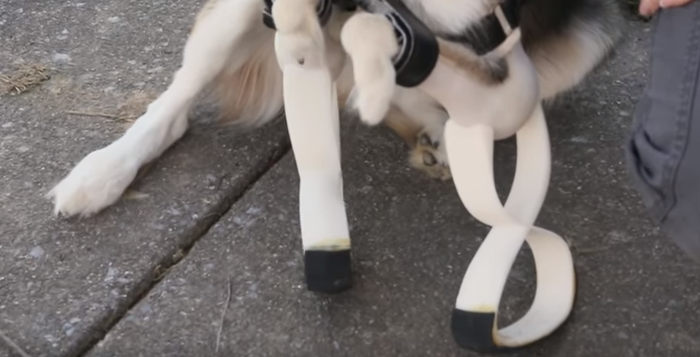 “We started Derby very close to the ground and we did that intentionally so that it was a gradual process for him to try and learn how to walk on prosthetics,” explains Anderson in the video.

As they went, they had to adjust the design several times, based on how Derby reacted to them. The final design (shown above) allows Derby to not only have his back straight – as it should be – but we can walk and sit! 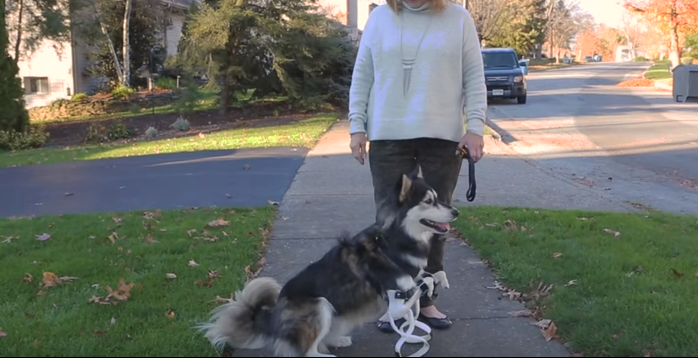 How amazing is that?! Derby is just an amazing dog with an amazing spirit and we love that he able to now live his life like a normal dog. Hopefully this work will help other pets with leg deformities and amputations live fuller lives.