When Jonathan, a 10-year-old boy with Down syndrome and autism, got his service dog named Shadow, his life took a dramatic turn for the better. 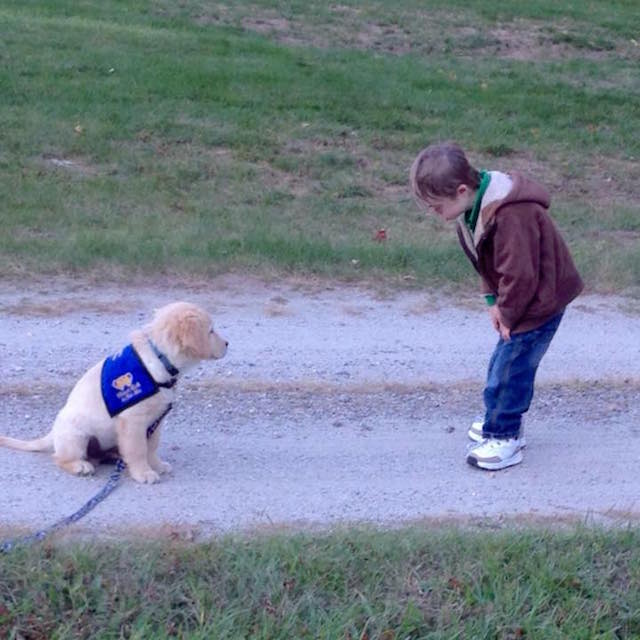 When parents Jake and Robyn Zampier researched the benefits of service dogs for special needs children, they decided it was worth a shot. They ended up working with the North Star Foundation, where the puppies “are socialized from the start to regard children as benevolent leaders,” explains the website.

“We fell in love with the North Star model which encourages bonding with the dog from a very early age.  Basically the dog and the kid grow up together.  This was what we wanted,” Jake told iHeartDogs.

Since adopting Shadow into the family, Jonathan has been able to form a friendship unlike any other. Because of his challenges, he can sometimes feel isolated; but now, he’s much less lonely.

“Jonathan has Down syndrome and autism, which is an interesting mix.  He’s a lovable and fun little boy, but struggles with communication and interacting with other kids,” Jake explained. “Most people don’t realize how lonely physical challenges can be.” 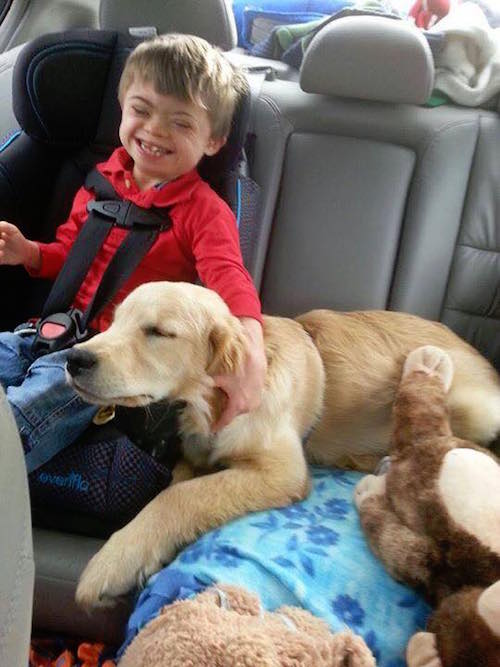 The energetic 10-year-old spends a lot of time at home with his family. He has a hard time in crowded social settings, like birthday parties or local events. And in the cold Connecticut winters, he stays inside a lot to avoid getting sick. But with Shadow as his constant companion, he always has a playmate to keep him company.

“Jonathan is in love with Shadow – constantly looking for him, constantly wanting to know where he is, and always wanting to be near him,” said Jake. 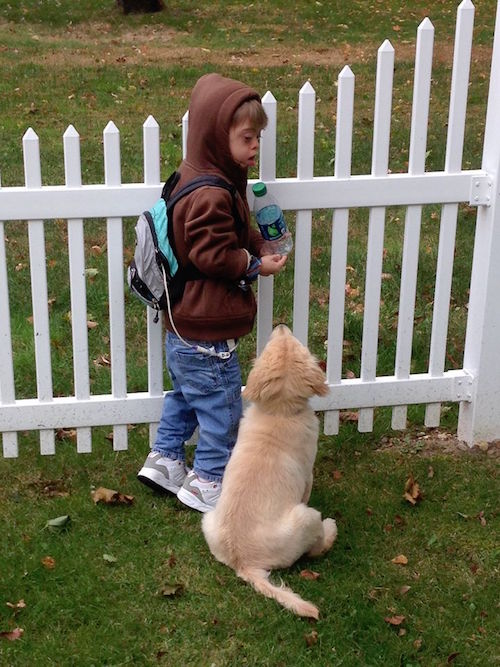 Not only has Shadow brought sunshine into this little boy’s life, the whole family can’t imagine living without him.

Since bringing the pup home, “we went from being a family of 3 to a family of 4. Literally Shadow has changed everything. He is like another child added to our family. And in fact, Jonathan struggled a little with sibling rivalry at the beginning – somebody else was getting mom and dad’s attention and playing with his toys. Shadow goes everywhere with us and we include him in all of our planning,” Jake told us. 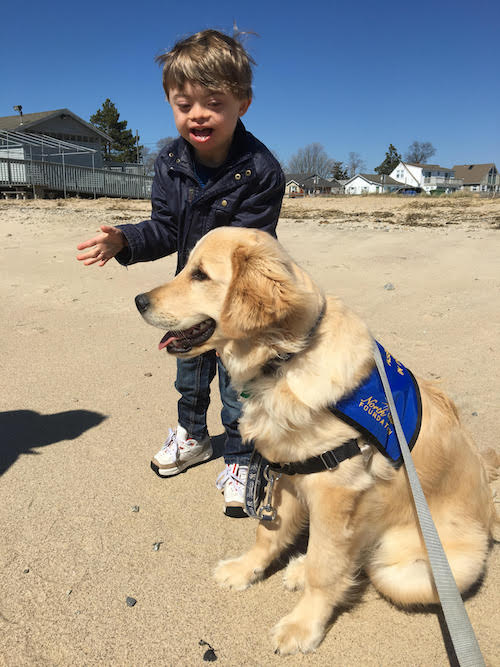 And here’s a huge testimony to Shadow’s influence: for 10 years, Jonathan’s only regular words were “Mom” and “Dad”. But within weeks of getting his barking brother, he’s added a third word to his vocabulary — “Doe,” short for Shadow!

Good luck to these best friends! It’s truly amazing how animals can reach people in ways that other humans simply can’t. Whether dogs are trained service animals for those special needs or  family pets that have been welcomed into the household, they’re therapeutic for humans, big and small! 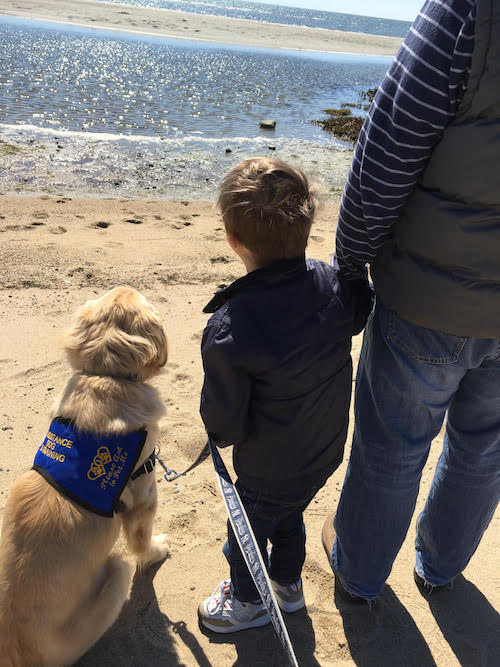