Lennox and his family have a dog of their own, but he’s best friends with his neighbor’s dog, Bogart.  The neighbor went traveling last year and Bogart was sent to stay with her mom in another state.  They recently came back, and Lennox was so surprised with a reunion with his buddy that he burst into tears, and you’re guaranteed to, too!

The Goebel family of Nashville, Tennessee has a Bichon Frise/Shi Tzu mix named Happy, but their 11-year-old son Lennox is happiest when he’s playing with Bogart, the white German shepherd/husky mix next door. 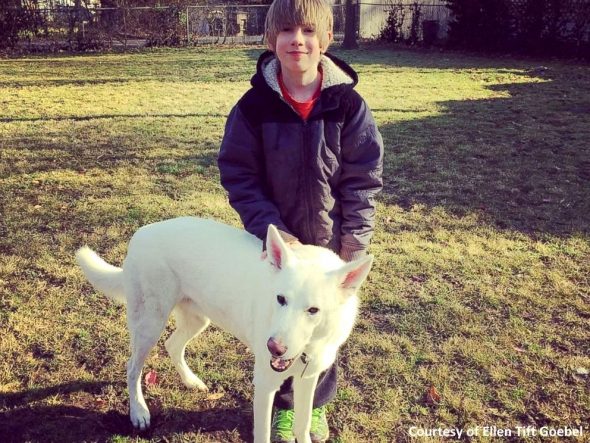 Last April, Bogart’s musician owner went on tour, and brought him to her mom’s home in California.  She said he’s be back in July, but it wasn’t until just a few days ago that he returned.

“The day they were going to fly we went over there super early so he could play with the dog before they got on the plane,” mom Ellen told ABC News.

“My son stood in her yard and cried as they drove away,” she said said on YouTube.  “We didn’t think the dog would be gone for so long, but my son has prayed for his beloved canine friend every single night since he left.” 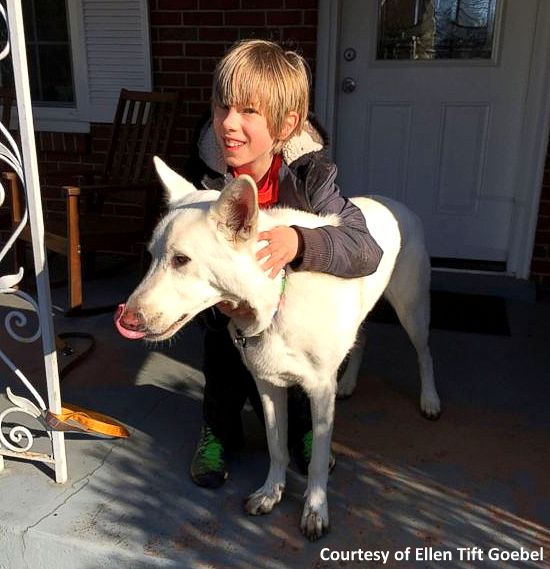 While Lennox definitely loves Happy, he calls Bogart his “dog best friend,” so life just hasn’t been the same without him around.

“Today we got the wonderful surprise that Bogart is back. They were both equally surprised to see each other,” Ellen explained.  “I was able to get some video – you can tell they love each other.”

“I had no idea. I just immediately thought, ‘I need to pet him,’” Lennox said.  “It felt like spring break all over again.” 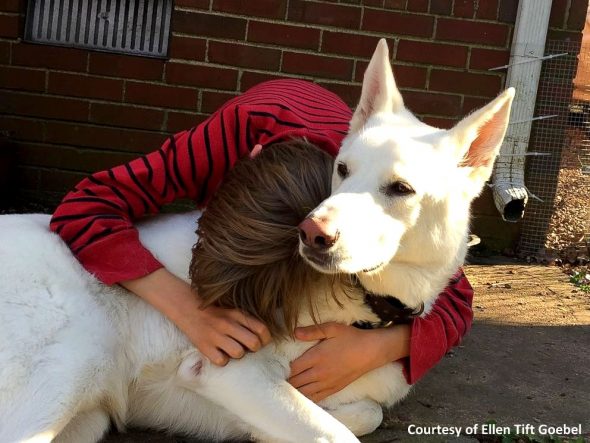