The firefighters from the Tucson, Arizona Fire Department are once again heroes today. Not only did they put out what turned out to be a pretty substantial house fire, but also rescued a puppy that was caught in the blaze and administered first aid. 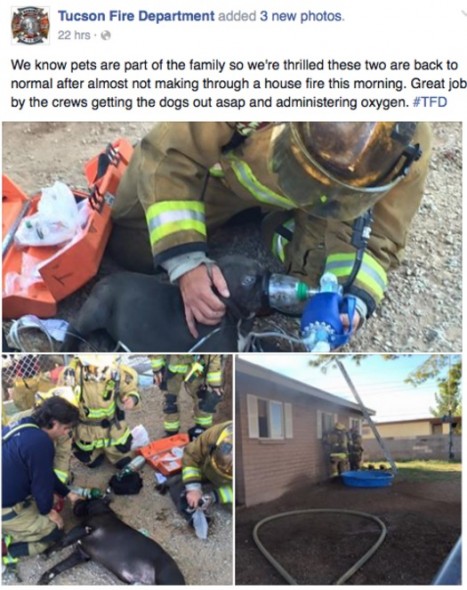 A total of ten units and twenty-five firefighters responded to the call.  It came into emergency services at about 10:30P.M.  Someone that was passing by the property had noticed smoke coming from the house, and called 911.  When on the phone, they said that the home at that point had flames actually bursting through the front walls.

Upon arrival, the fire crews went to work on trying to quench the fire that was quickly consuming the house.  It took them a bit of work, but they were able to get the fire pretty well contained before sending anyone in to check for the occupants of the residence. 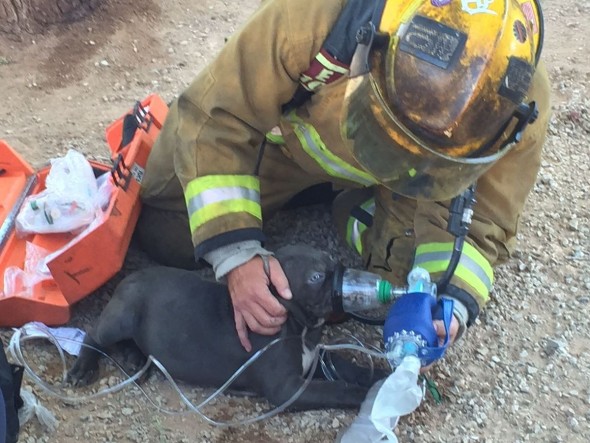 The only one in the house at the time was the family dog.  According to official reports, the dog was found towards the back of the residence.  Fire crews suspect that because the flames were starting to get the worst at the front of the house, the dog ran to the back to escape.

They let the dog out into the backyard, and one of the emergence medical technicians snagged the dog as he was running towards them, and was able to give the dog a bit of a quick check up.  Just to be sure, oxygen was provided, but the dog appeared to be otherwise uninjured.

Thankfully, no one else was in the home at the time of the fire other than the dog, and the dog was smart enough to get as far away from the flames as possible until help could arrive.  No one was injured in any way, and the cause of the fire is still under investigation. 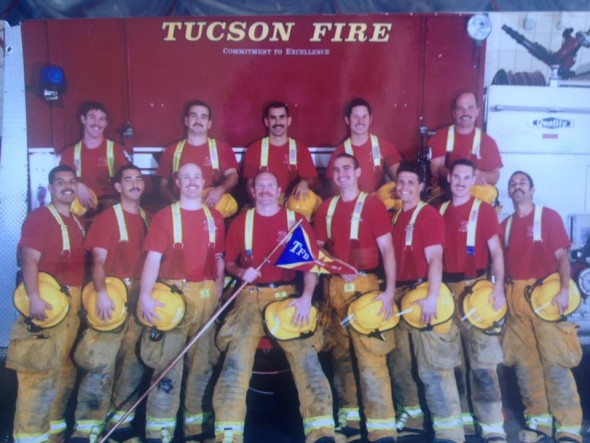