This beautiful mama dog named Abilene and her sweet puppies had been living on an abandoned property in Harris County, Texas. Although life as a stray is not an easy one, they managed to get through it each day.

But when Hurricane Harvey hit and waters began to rise, survival became a lot more difficult. Abilene’s first instinct as a mother was to protect her puppies at all costs. One by one, she carried her puppies to a house and up onto the porch to escape the rain and flooding ground. 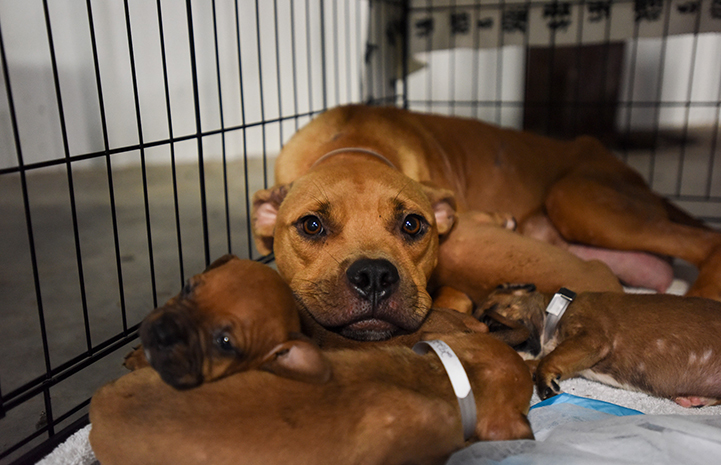 The couple who lived at that house noticed the doggy family and knew they had to do something immediately to help. To add to the dangerous situation, Harris County was also under a chemical leak warning after the flooding breached tanks at a nearby chemical plant. Not only were these dogs in danger of drowning, but they were in danger of being poisoned. 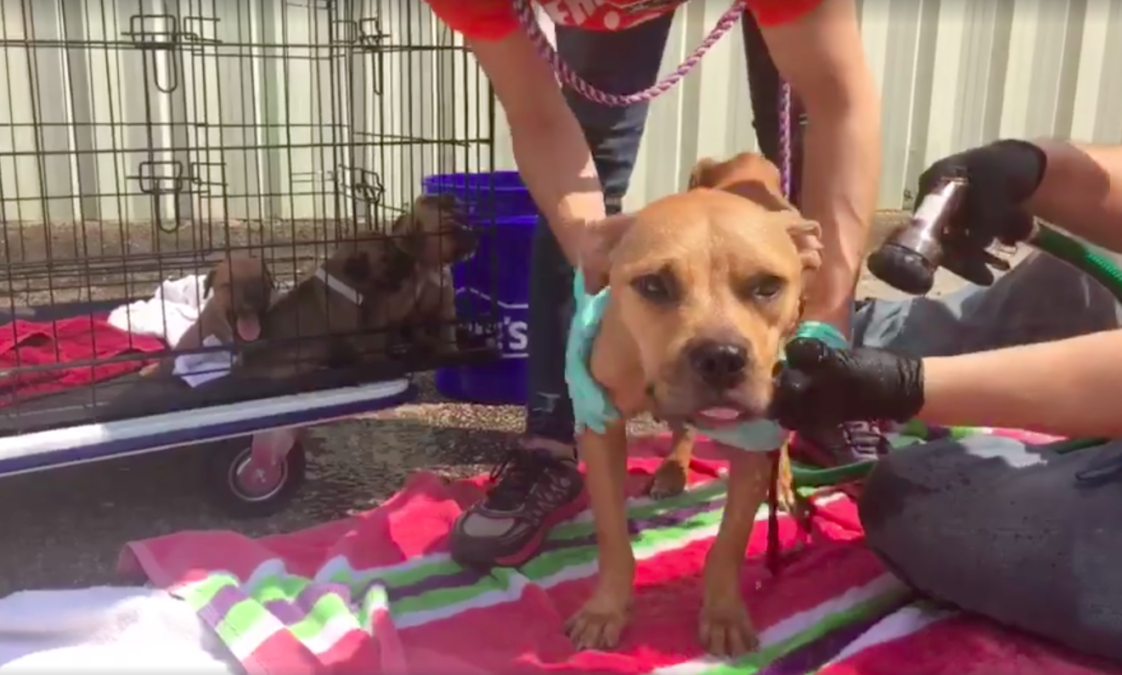 The couple brought the dogs to the Rescue and Reunite Center in Conroe, Texas, to be taken care of as soon as possible. The Rescue and Reunite Center, along with the Montgomery County Animal Shelter and Best Friends Animal Society has been housing animals and running an evacuees’ pet shelter to help out people and their pets who have been displaced by the hurricane, along with stray animals who didn’t have a home to begin with. 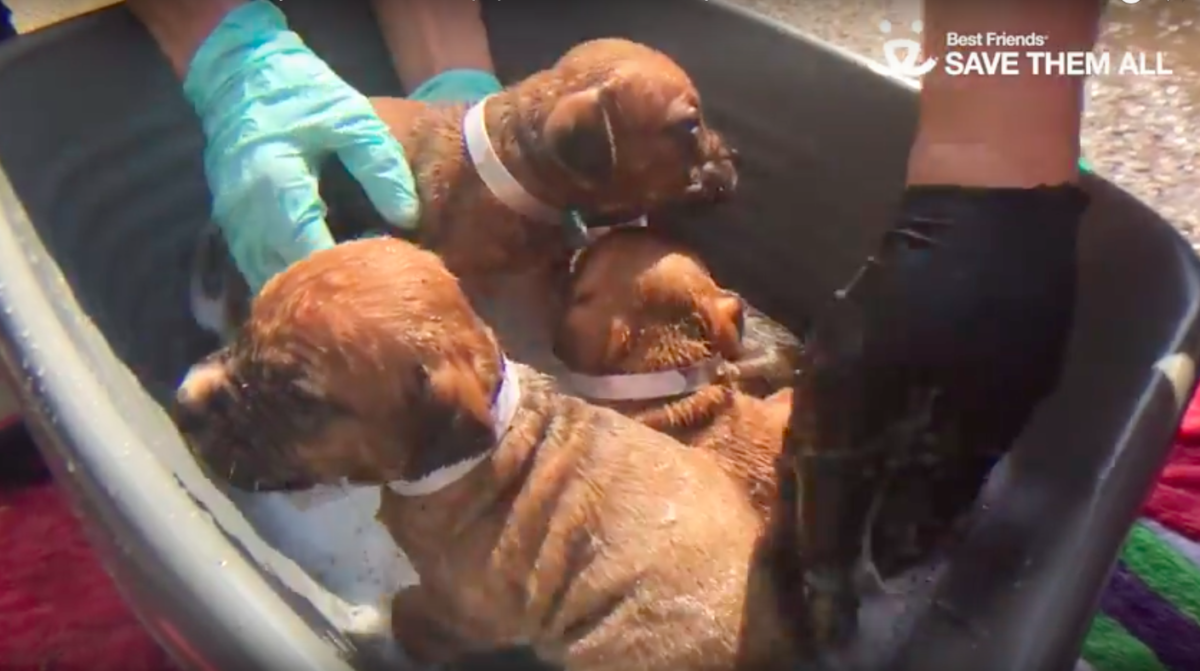 Best Friends Animal Society volunteers worked together to get this doggy family the help they so desperately needed. They gave them a much-needed bath to wash off all of the dirt and possible chemicals that were on them. All of the dogs were covered in fleas, which they were treated for. During the bath, rescuers realized how skinny and emaciated Abilene really was. 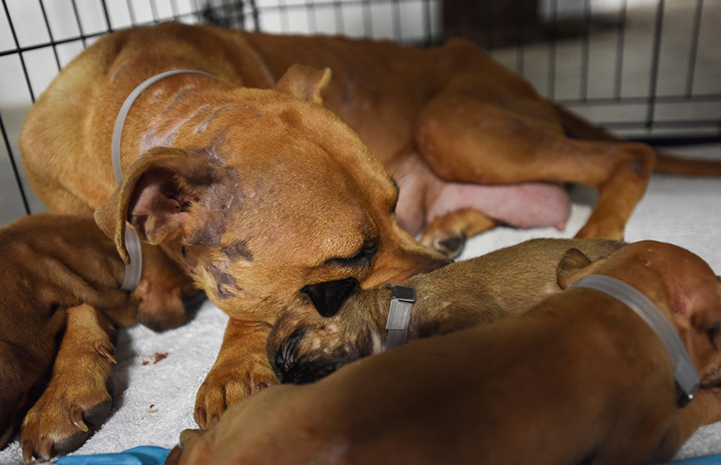 After their baths, a vet examined the dogs. Thankfully, aside from the fleas and malnourishment, they were healthy! It was nothing a few baths and some good meals couldn’t fix. From that point on, their healing began! Abilene got to have some quiet time, so she could relax and recover on her own while her puppies were nearby. Soon after, the adorable little family went to live in a foster home in Los Angeles, and were safely transported there thanks to the Best Friends Network partner Angel City Pit Bulls. 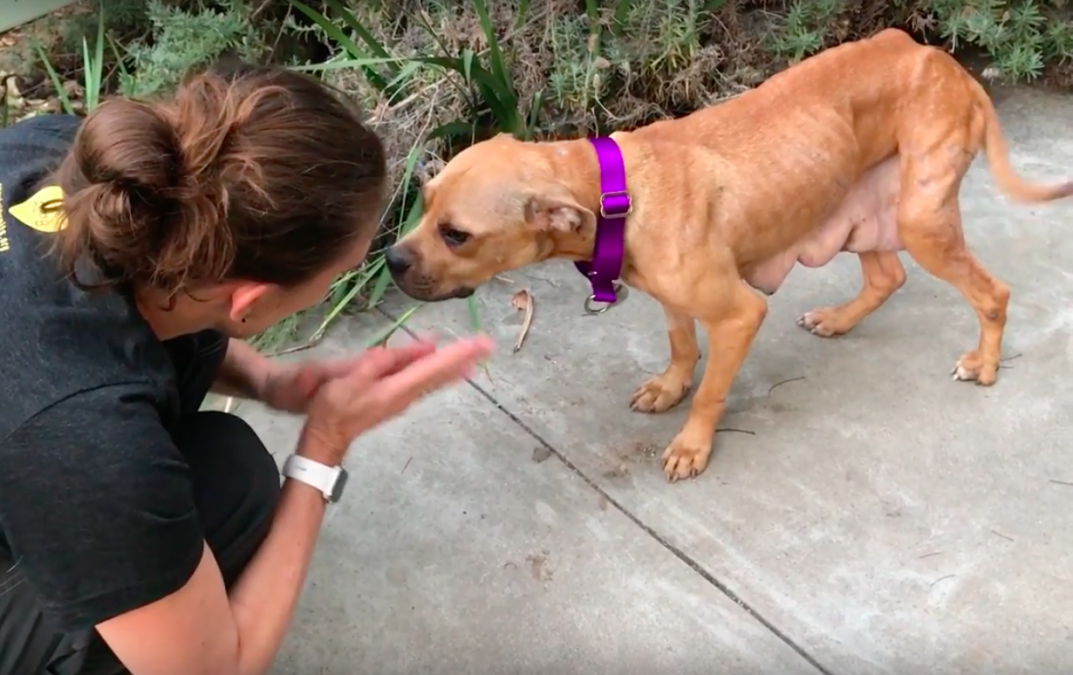 Abilene and her pups were greeted with open, loving arms, while she wagged her tail and realized that she was in a much safer, happier environment now. No more fending for herself and living alone on the streets. These dogs will now get the love and care that they deserve.