At the request of the North Carolina Department of Agriculture and the Hoke County Sheriff’s Office, the ASPCA® (American Society for the Prevention of Cruelty to Animals®) assisted with the seizure and care of 700 animals from The Haven, a 122-acre unlicensed, self-described animal rescue in Raeford, North Carolina. 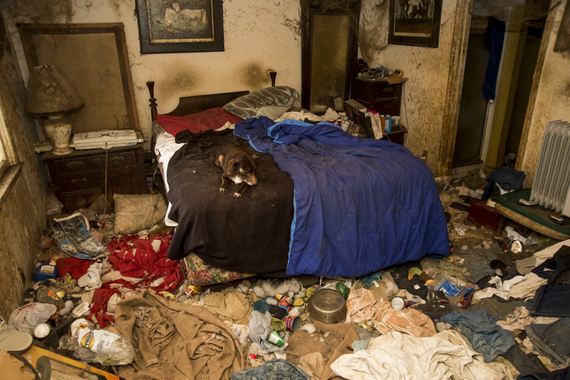 The owners of the facility were arrested on charges of animal cruelty after a search warrant was served Wednesday morning. The Department of Agriculture and Hoke County Sheriff’s Office began investigating The Haven after receiving numerous complaints of sick animals adopted from the facility. The ASPCA is assisting with evidence collection, animal removal, transport, sheltering and medical care. 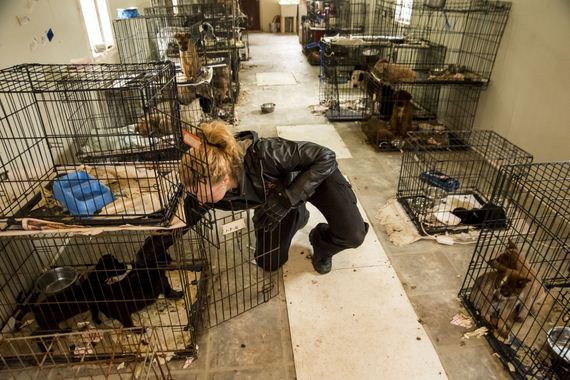 More than 300 dogs, 250 cats and 40 horses were discovered, along with numerous farm animals. The animals were kept in filthy kennels, cages, outdoor pens and paddocks, many without protection from the elements. Many animals are suffering from untreated medical issues including open wounds, severe upper respiratory disease and emaciation. Originally, the ASPCA estimated 600 animals. Today, the end count was 700, with dozens of deceased animals also found on the property, Kelly Krause,a representative for the ASPCA, told iHeartDogs. 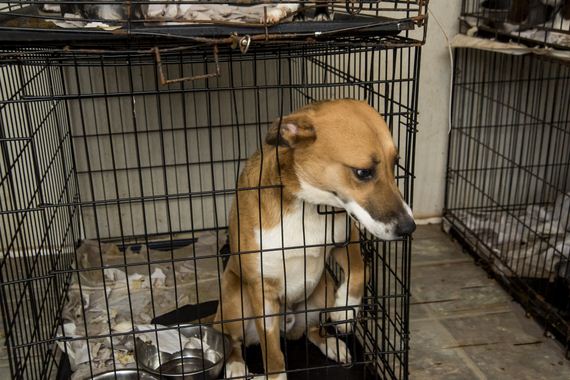 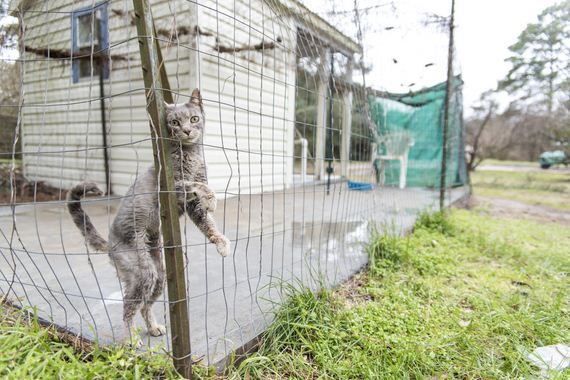 “What we found today at this facility—self-described as ‘North Carolina’s most successful no-kill shelter’–is unacceptable”, said Tim Rickey, senior vice president of ASPCA Field Investigations and Response. “This is one of the largest animal seizures the ASPCA has ever conducted in our 150 years as an organization. We have a team of nearly 140 responders on the ground to remove and care for these hundreds of neglected animals who have clearly not been receiving adequate care. Our goal is to help them become healthy and ultimately find them homes.” 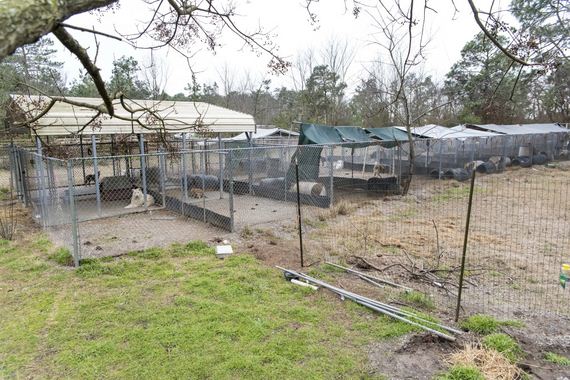 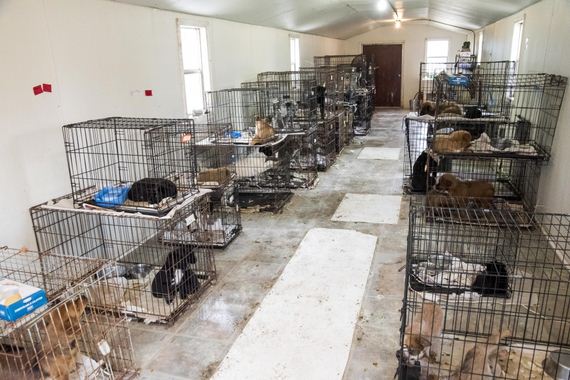 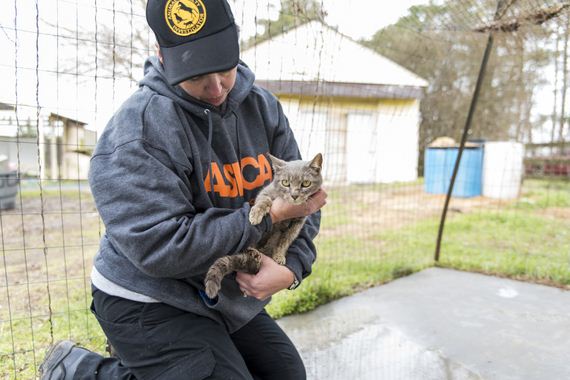 The ASPCA Field Investigations and Response team is currently providing medical attention to animals in critical condition on the property and the ASPCA’s Forensic Sciences team is collecting evidence to support the criminal case. They will remove the animals and transport them to a temporary shelter in an undisclosed location over the next few days, where the animals will receive medical exams and behavioral assessments. The ASPCA will continue to care for the animals at the temporary shelter until custody is determined by the court and will provide ongoing legal support until resolution of the criminal case. 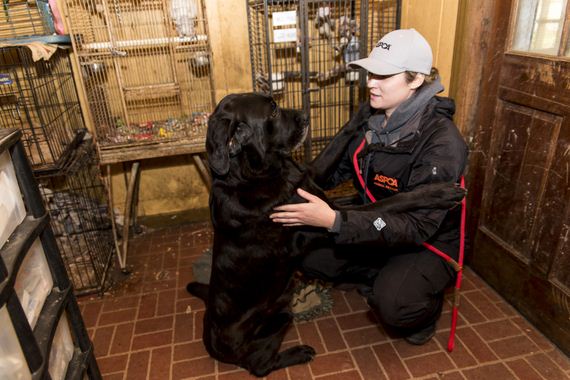 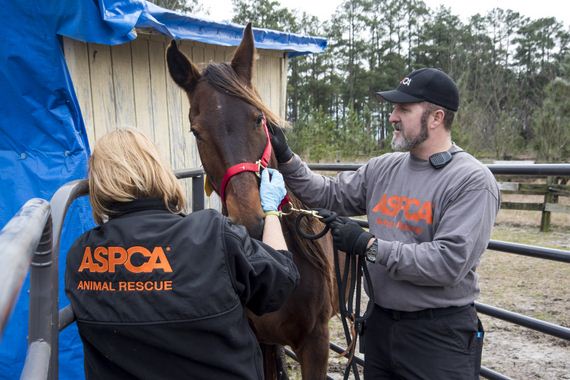 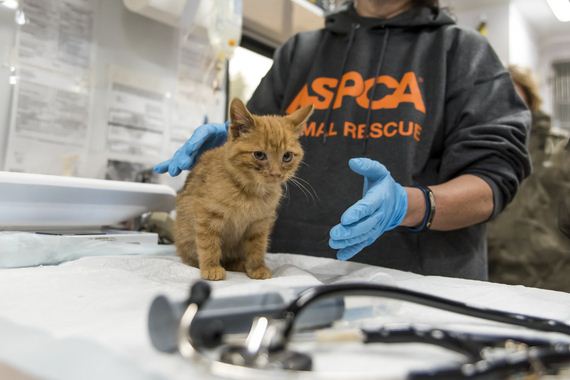 “The condition of these animals is pressing and required immediate attention,” stated Hoke County Sheriff Hubert Peterkin. “In addition to protecting Hoke County citizens, law enforcement has an obligation to ensure the safety and well being of Hoke County animals at all times. We cannot and will not allow this type of mistreatment to continue any longer. All persons involved will be held accountable.” 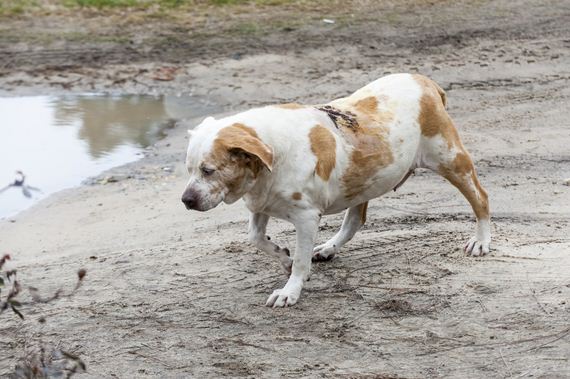 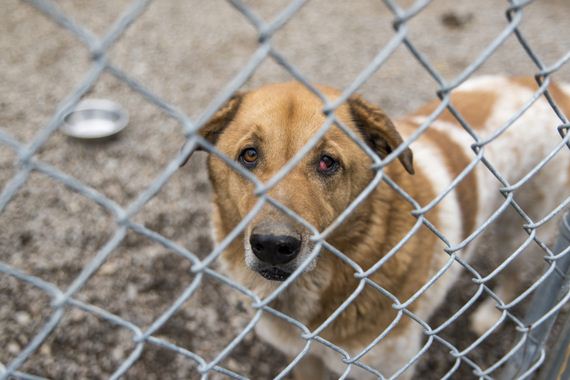 The Haven has been operating without a license and in violation of many requirements in the North Carolina Animal Welfare Act for at least ten years. The population of animals at the facility has fluctuated over the years, previously reaching more than 1,000 animals. Past inspections by the Department of Agriculture deemed the facility “inadequate”, citing the large number of animals as well as sick and injured animals without access to water. 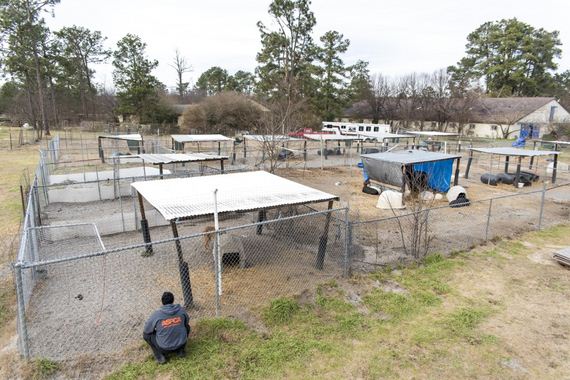