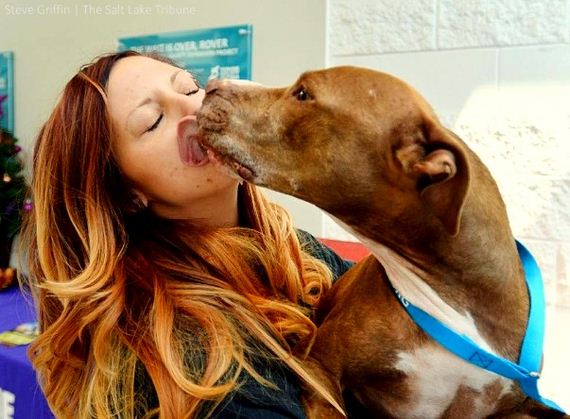 New Year’s Day officially marks the end of breed specific legislation in Utah. The bill was passed months ago, but the new law allowing residents to have pit bulls takes effect today.

Bully breeds were banned in 10 Utah cities and towns, but House Minority Leader Brian King, D-Salt Lake City, sponsored a bill to overturn their ordinances, saying the breeds have been unfairly targeted because of the behaviors of some.

“Some of you can remember the day when it wasn’t pit bulls,” King had said. “It was German shepherds. They were associated with World War II and Germans and being attack dogs. That went out of style. Then it became Dobermans and Rottweilers. They were the stigmatized breed. Now it’s pit bulls.”

South Jordan, Utah banned bullies in 1997 at citizens’ request after a young girl was attacked while walking home.

“Any dog breed has the potential of being vicious,” contested Gene Baierschmidt, executive director of the Humane Society of Utah. “Local government shouldn’t jump to the conclusion that perhaps a breed that’s been in the media a lot for being vicious will be vicious… Even a Chihuahua can be a vicious dog. It doesn’t matter on the size or the breed.” 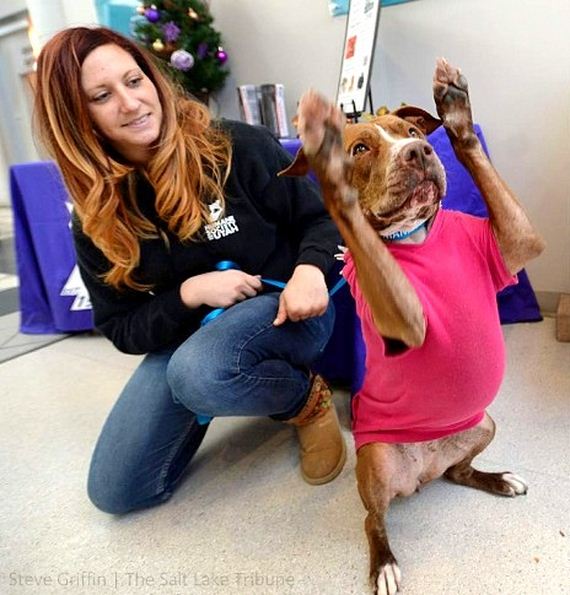 Shylo hams it up for the camera as she poses for a treat.

King was initially reluctant to sponsor the bill out of fear that he would receive criticism for micromanaging municipalities.  However, he says he was convinced when retiring Representative John Mathis, R-Vernal, a veterinarian, said, “It’s wrong to target a specific breed. There are aggressive pit bulls, but there are lots of dogs that are more aggressive than pit bulls.” … He thought the bill was a good idea.”

In addition, dovetailed well with arguments that it would help protect private property interests” of people who want pit bulls.”

The new rep is glad his bill is taking effect because “it moves us away from stigmatizing specific breed of dog,” and shifts the focus to owners who determine their dogs’ behavior.

“If you ill-treat an animal or you teach them to be aggressive because you want to breed a junk-yard dog, that’s not right,” King said.  “You’re doing the dog a disservice, and you’re doing your neighbors a big disservice.”

When the bill was passed to ban the bans, South Jordan created a new animal ordinance.

“We focused on behavior of certain dogs, not breeds,” said chief of staff Paul Cunningham.  “We updated the whole ordinance at the same time. If someone has a dog that becomes a danger to the community, we put some pretty restrictive kinds of things, including some insurance requirements and signage requirements to try and protect the public.”