Robinson, an 18-month-old hound mix dog from Pinella County, Fla., had run out of luck. He was emaciated, had two broken legs, no microchip and no owner in sight willing to claim him. The abandoned and broken dog was on the euthanize list, but before he could take his last breath, a group of angels came to rescue him. 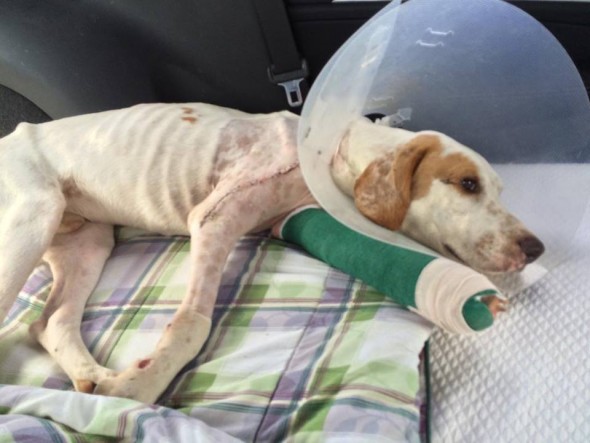 The death row dog had been picked up and taken to Levy County Animal Shelter where he had no chance of leaving alive, but when volunteers from Friends of Levy County’s Homeless Pets and PAWS met him, they knew the injured dog was worth saving. 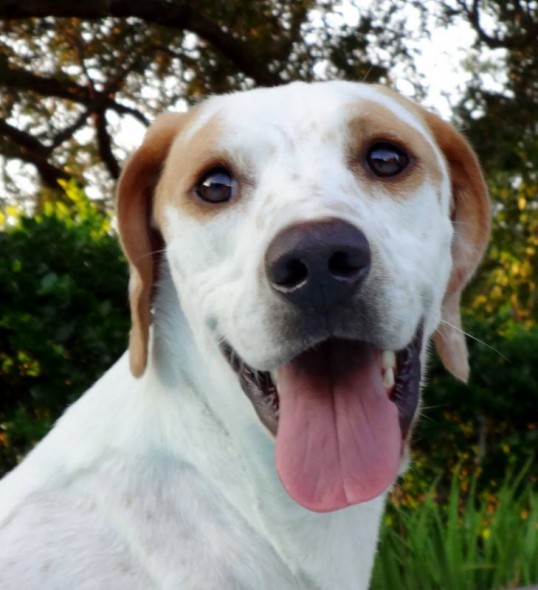 PAWS Rescue Group pulled Robinson from the shelter and gave him the veterinary care the dog desperately needed. Both of the dog’s front legs were broken and one was so mangled, vets feared it would need amputation. However, thanks to the specialized care the dog received, Robinson kept both of his legs and made a remarkable recovery.

For rescuers, seeing Robinson’s full recovery is a miracle worth celebrating, however, they wish nothing more than to find him a forever home where the dog can be loved.

“He is playful and sweet and really bonds with his doggie pals,” said PAWS president and founder Barbara Hastings. “He did not let the horror of what happened to him affect his ability to trust or love a human again.” Robinson would make a great addition to any family looking for a forever four-legged friend. 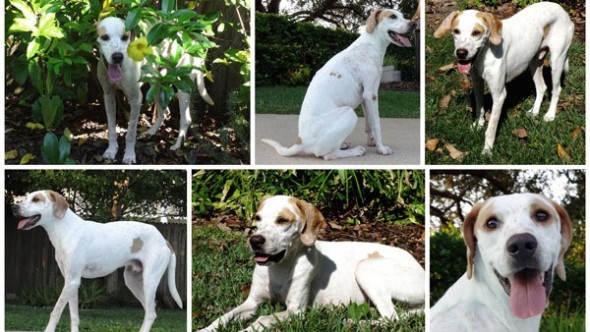 Anyone interested in giving Robinson a forever home should contact PAWS on their site or by calling at (727) 772-3935.