Lou was adopted from the shelter. He was very timid and scared, especially of other dogs. The shelter said he had come from an abusive owner, and his broken spirit was very apparent.

So in the summer they decided to take Lou to the Hamptons. 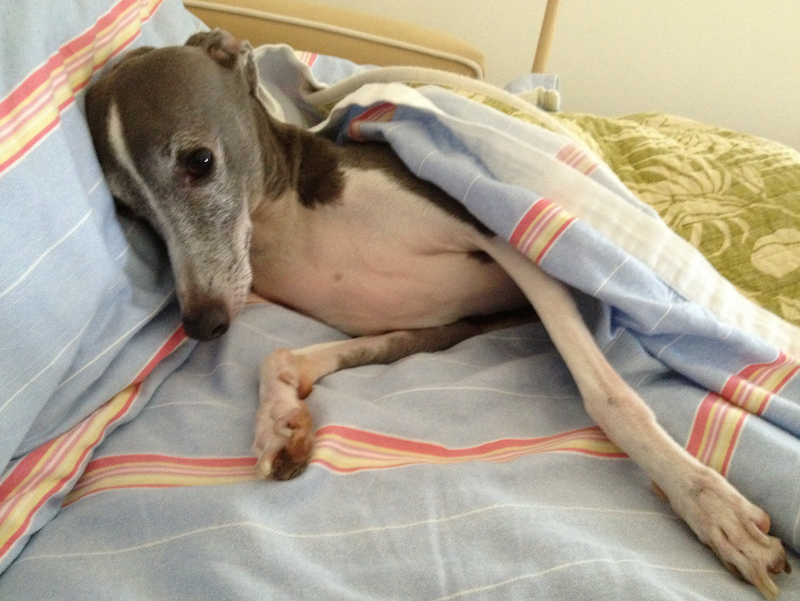 Lou was afraid of other dogs… until he met Buddha. 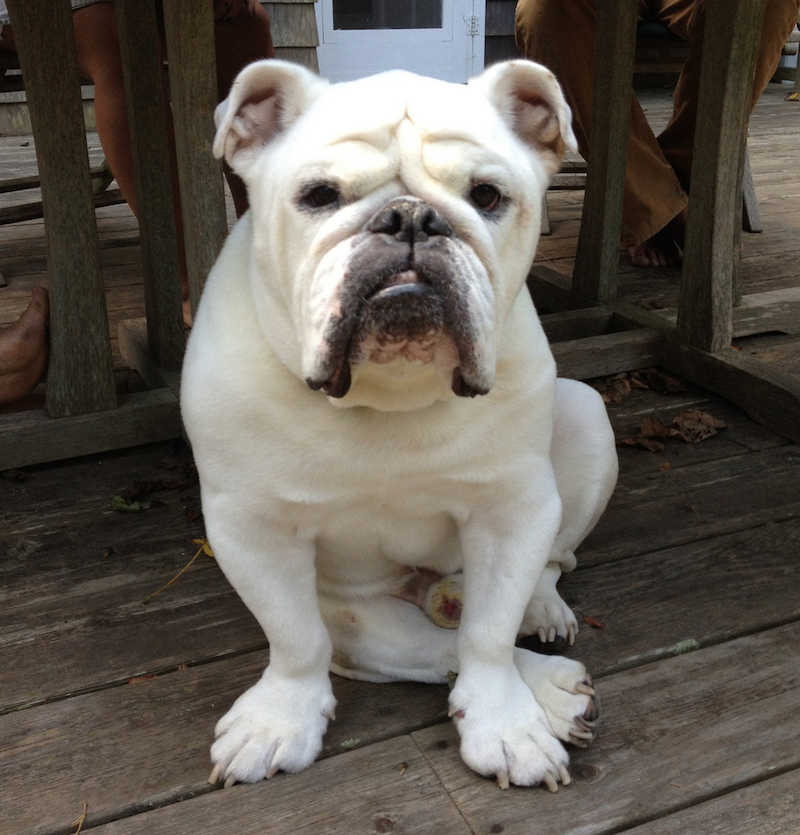 Can we be friends? 🙂 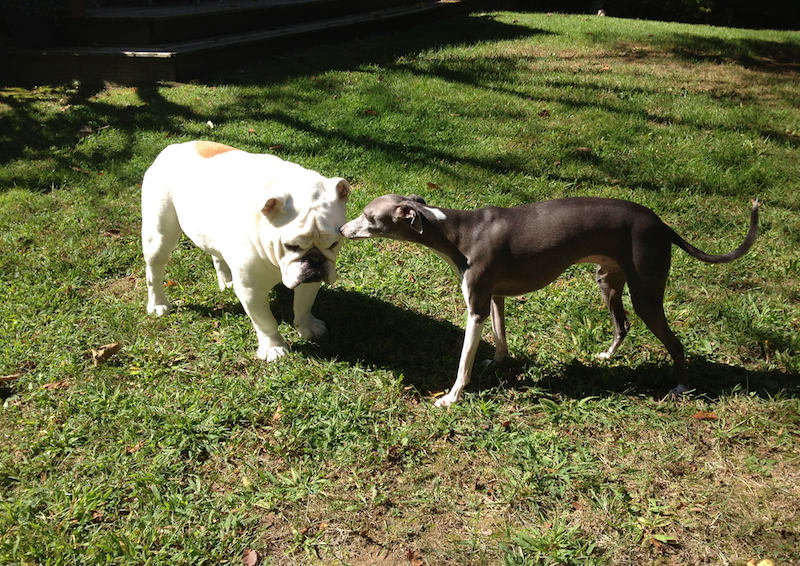 A friendship was forming. 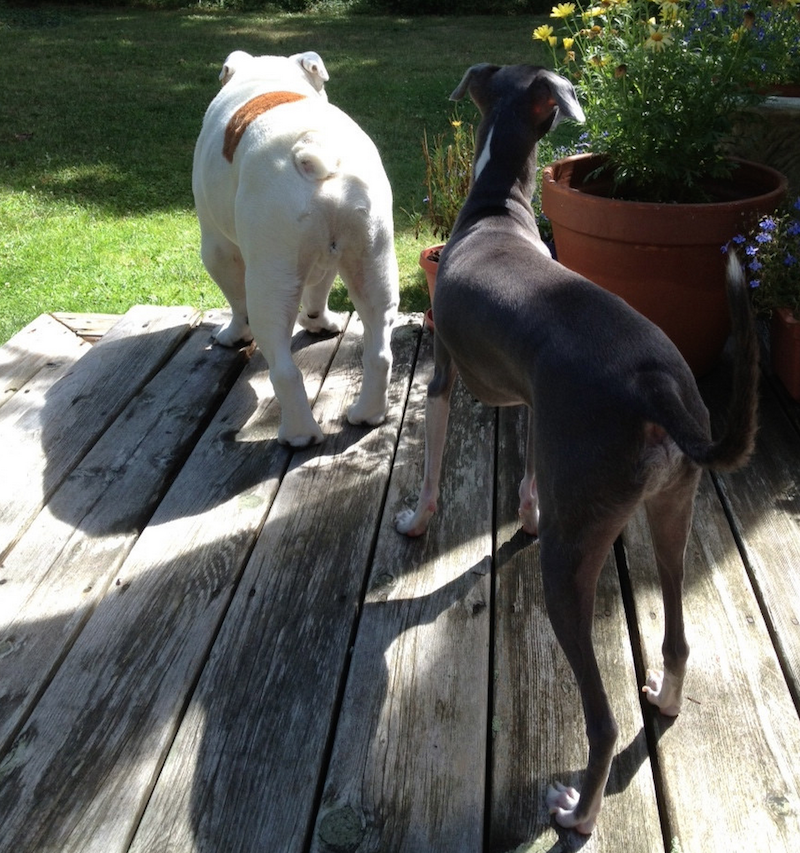 They started doing everything together, even sunbathing! Lou had never lain out on a lounge chair before. 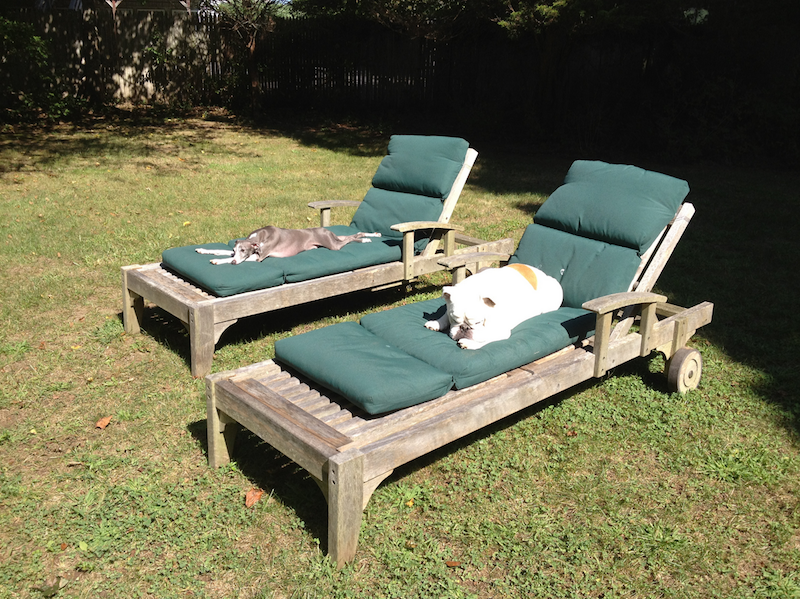 I think he’s starting to overcome that broken spirit. 🙂 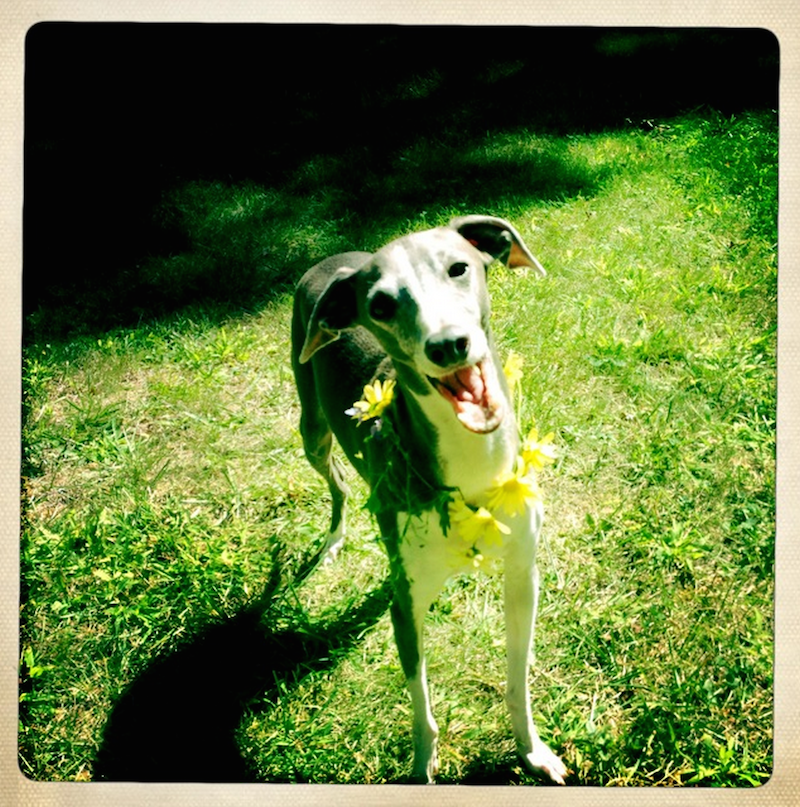 Lou’s first time at the beach. 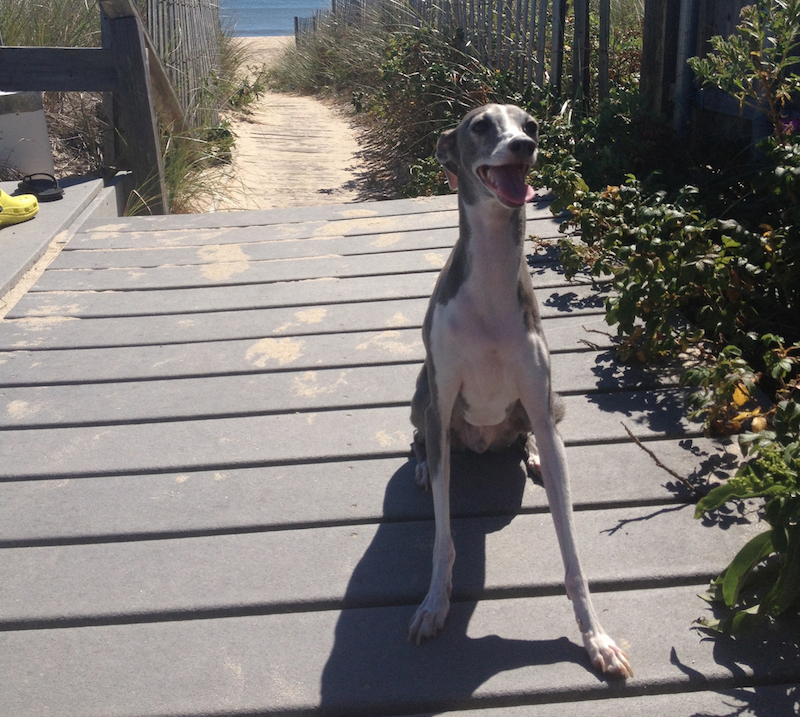 He’s so happy to feel that sand between his toes. 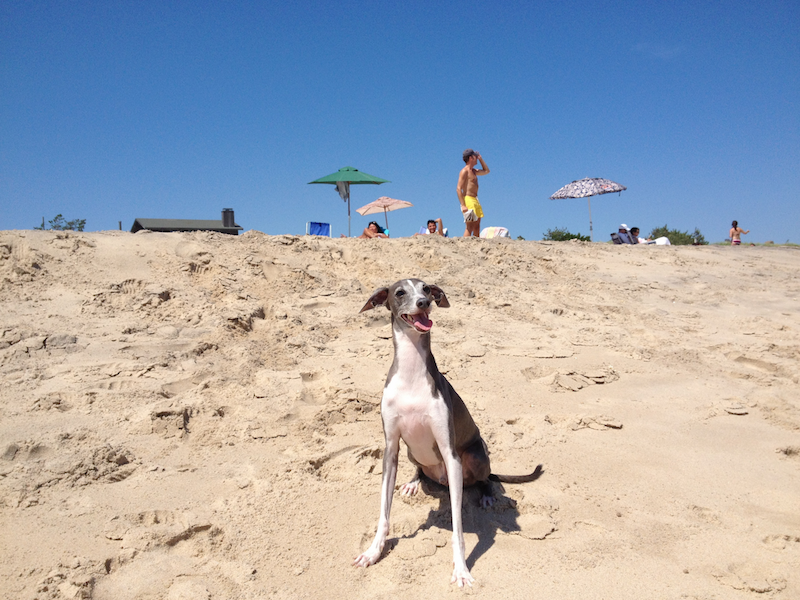 Soaking in the sun, cleansing the spirit. 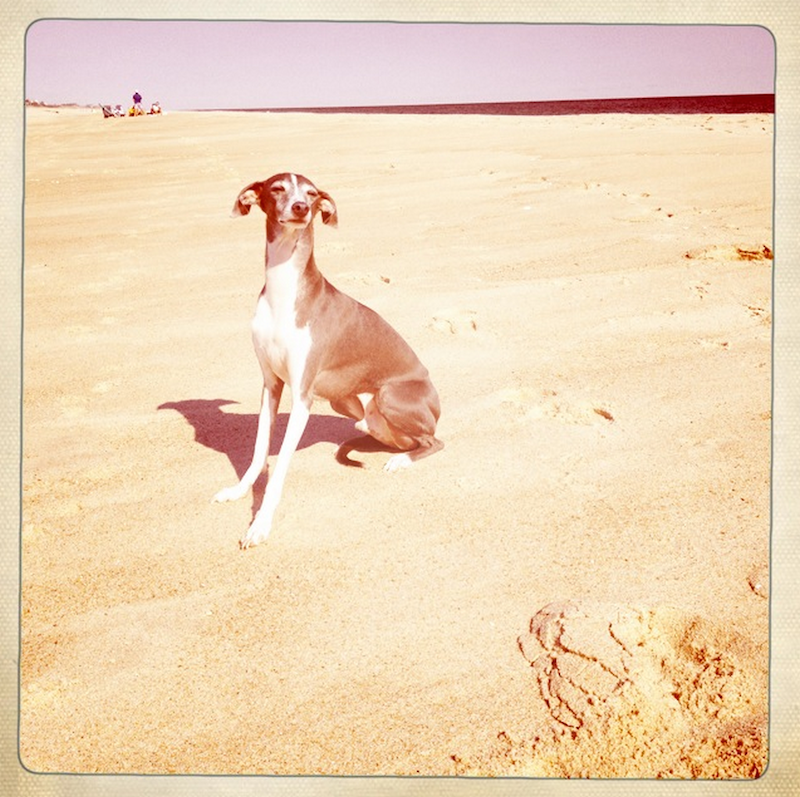 Lou and the sea. This is exactly what he needed. 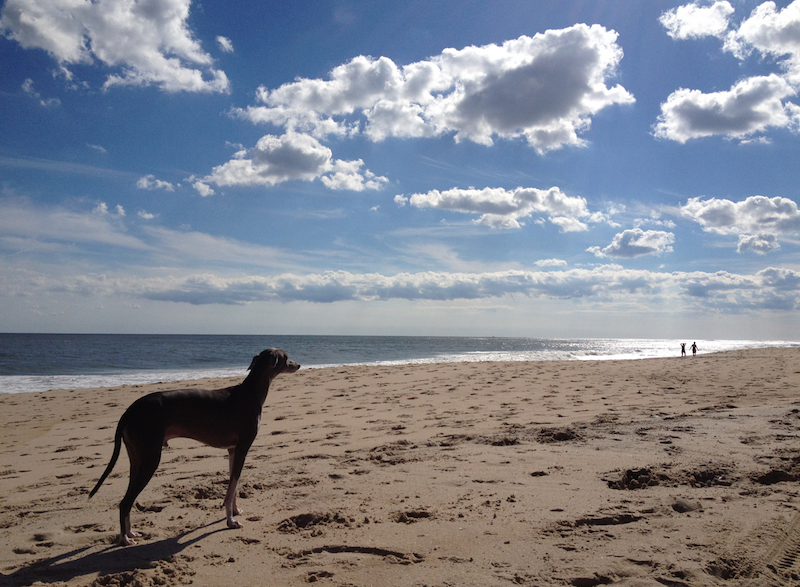 They had never seen Lou act so free and open. A weekend at the beach did the trick! 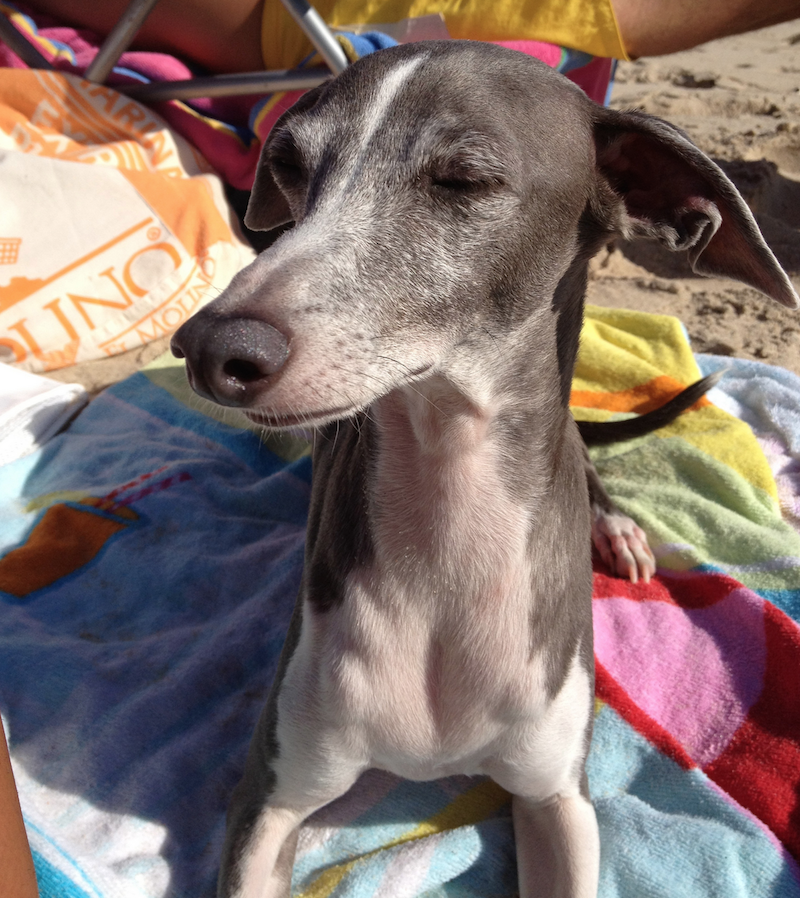 Here’s Lou after the long drive home. He went straight to his bed and passed out! 🙂 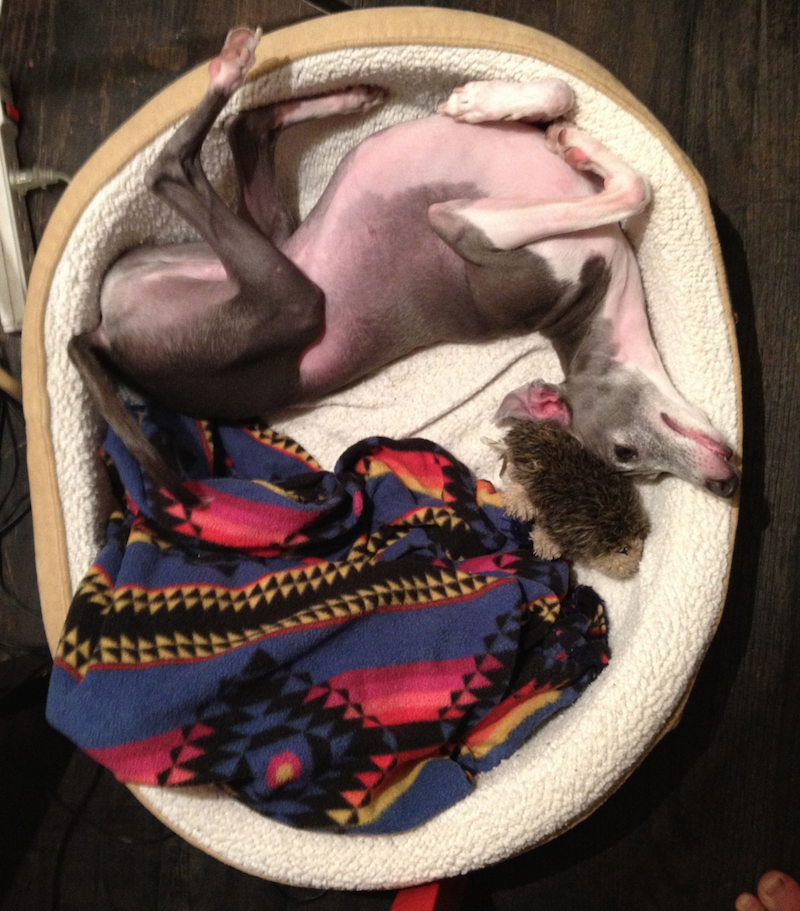 What a wonderful story! After such a sad life, Lou kicks off his new life with a nice weekend at the beach to get rid of all those bad memories. Be sure to share this using the button below. 🙂