Meet Thunder, the husky-shepherd mix who knows how to change lives. He started his story at a shelter. He was an abused dog when he arrived. Like millions of other animals, Thunder ended up there and was waiting for his next forever-home.

Meet Ruth Anne Montez. She had a clear vision in her mind of what her next dog would be. She decided she’d prefer a female, small, white, fluffy dog. You know the kind- easily put into a purse and coddled. Her plan didn’t quite work out though. 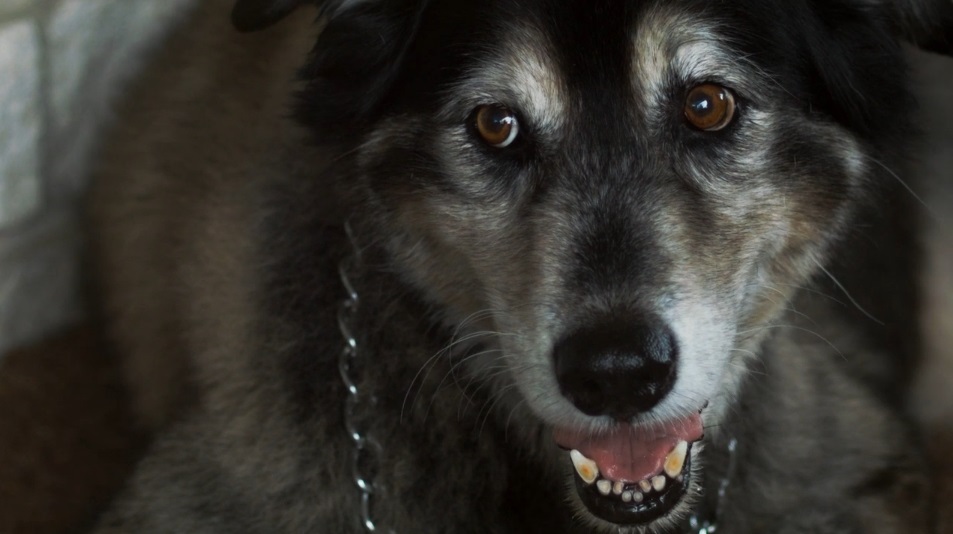 She went to the shelter and met Thunder. Thunder didn’t quite fit into her visual plan. He was a boy, he was not white and definitely not small. At 80 pounds, Thunder was malnourished and underweight so Ruth Anne realized that likely Thunder, with some care and a steady diet, would probably gain 20-30 pounds.

Despite the differences though, Ruth Anne immediately decided Thunder was her dog. Staff workers told her that he was a former service dog but likely wasn’t trained the right way. That left him afraid of loud noises and prone to hiding often.

The coupling was perfect, but then Ruth Anne introduced Thunder to her friend Larry Thronberg. Larry is a disabled Vietnam vet who is blind in one eye and has a list of medical problems. His physician told him he may benefit from a service animal. He wasn’t sure where to go, but then realized that his friend Ruth Anne had a dog with some training. Would it work though? Would Thunder be the dog he needed?

No one thought Thunder would be the one but his former training showed through quickly with Larry. One telling sign was Larry’s proclivity to walk into things on his left due to his blind eye. Although service dogs are taught to walk on the left of their charge’s sides, Thunder started walking on Larry’s right. Thunder made this decision himself. Whenever Larry might walk into something, Thunder would nudge him to avoid it.