Brutus is a normal, 2-year-old Rottweiler who loves to go for walks and explore outside. When people see him walking down the street, they might notice his slightly peculiar gait; this is because he has an artificial limb on each of his legs. Brutus walks today thanks to many kindhearted people who helped a four-legged friend in need. 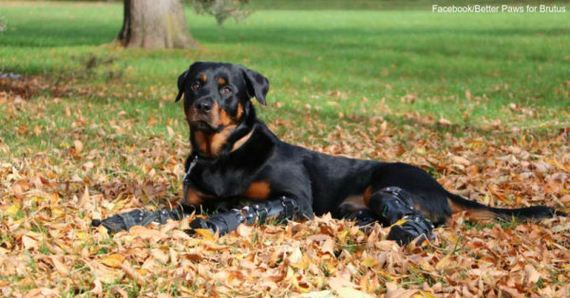 Brutus didn’t have the best of luck early in life. A cruel breeder left him outside in the cold where the pup developed severe frostbite at just 4 months old. At that point, the breeder himself amputated the ends of the puppy’s legs and then gave him away in a shopping center parking lot. Brutus then came into the care of Laura Aquilina, a loving owner who crowdfunded a unique opportunity for Brutus. 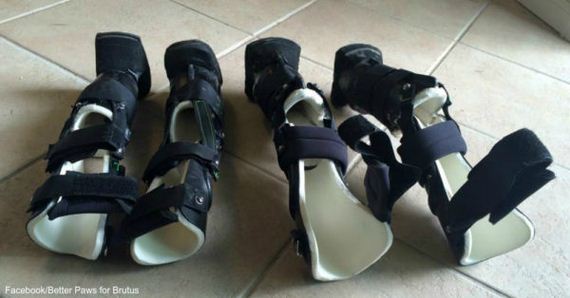 Veterinarians at Colorado State University’s James L. Voss Veterinary Teaching Hospital performed actual surgery on Brutus’s legs to prevent further damage. However, the pup still couldn’t walk and his legs were misaligned. Then medical technologists at OrthoPets designed custom-fit prosthetic legs at a cost of $12,500, all of which came from the crowdfunded effort. The school believes Brutus is only the second dog to have all four prosthetic legs. The first is Nakio, a puppy found in an abandoned house in Nebraska in 2013, whose case helped veterinarians fashion Brutus’s artificial legs.

On the Road to New Life 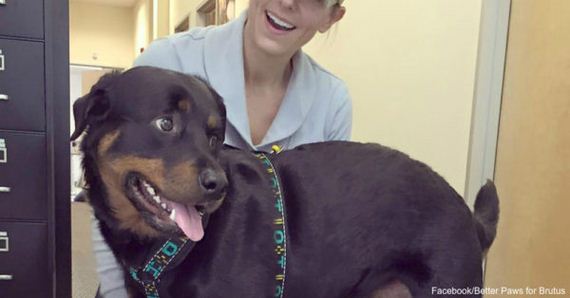 Fans of Brutus can see his new legs in this video.