A hero is brave, resilient, and inspires others. A pit bull named Jake is all these things and more and that is why he is in the running to be the next American Hero Dog.

But his journey hasn’t been easy.

When he was just a three-week-old puppy a fire broke out in the shed where he was kept alongside his mother and siblings in South Carolina. Firefighters arrived and all the dogs were rescued without injury, except Jake. 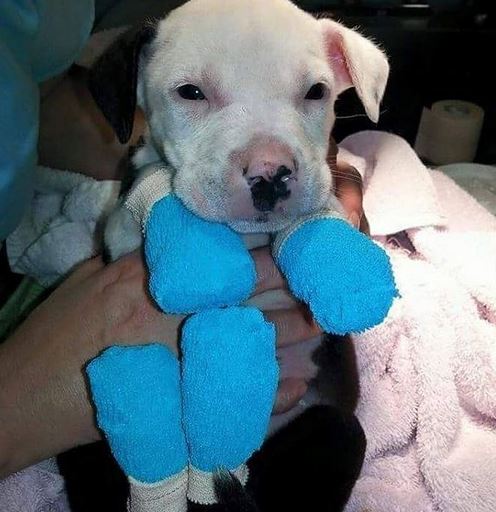 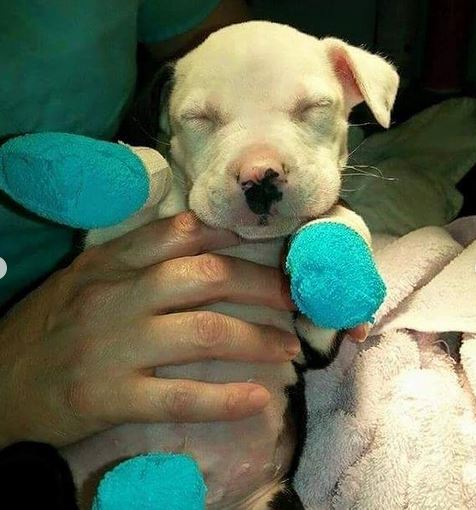 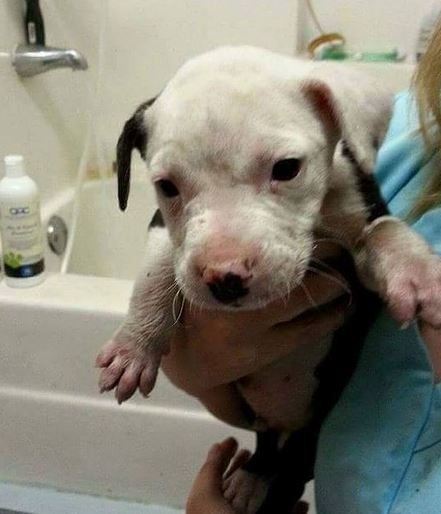 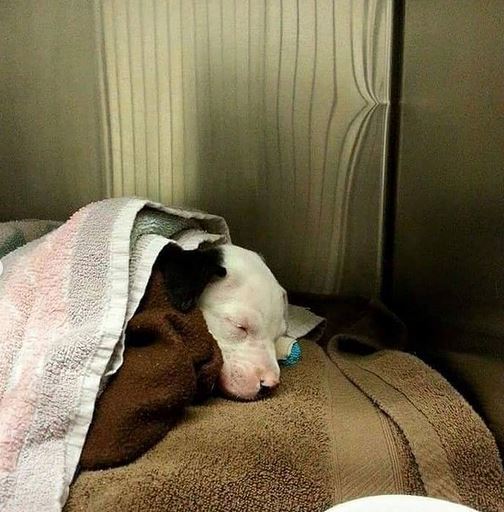 The little guy was badly burned, including all four paws, and barely breathing. Firefighters rushed him to the vet to be treated.

He had burns on 75% of his body, but the little fighter survived.

Bill Lindler, one of the firefighters that rescued him, adopted Jake after his previous owners abandoned him at the vet office. 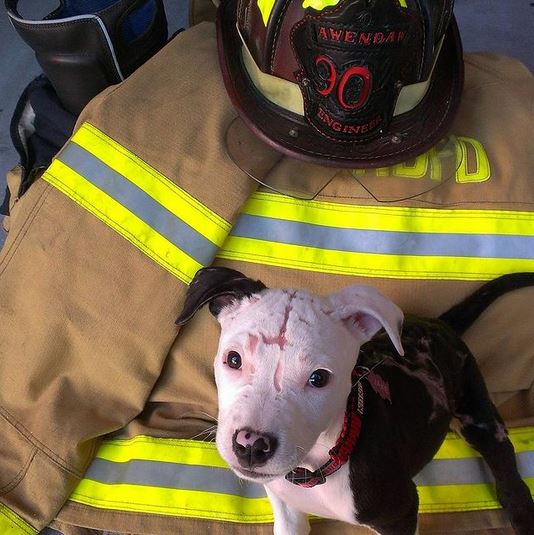 For months the tough pup would accompany his dad to work at the fire station as he continued to recover. He quickly won the hearts of the other firefighters and was made an honorary firefighter and official mascot of the station.

Over the past seven years he has spent his days riding around in the fire truck or lounging at the fire station waiting for his team to return. He made a full recovery but still has scars covering his face and body. Instead of letting them define him, the scars educate children during Fire Prevention Week and inspire others. 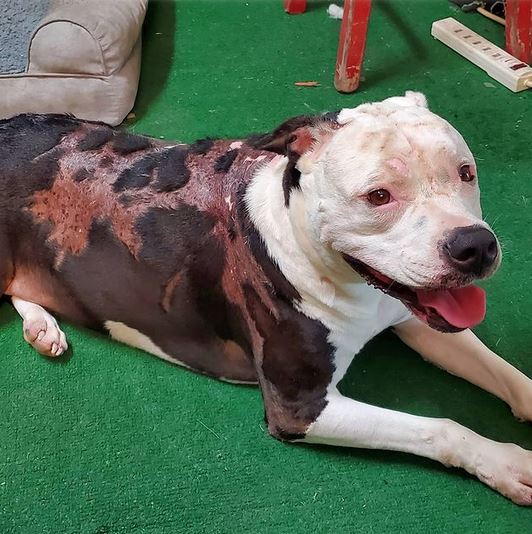 “Jake is proof that just because you had a rough beginning or have scars you are not bad or damaged. Jake has taken everything that life could throw at him and has handled it with ease, broken barriers and brought light to his breed and just how loving and loyal his breed is,” wrote Linder in his submission to the 2022 American Humane Dog Awards.

In Lindler’s eyes Jake is already a hero, but he believes he deserves to be the next American Hero Dog. You can vote for Jake by clicking here through July 22. 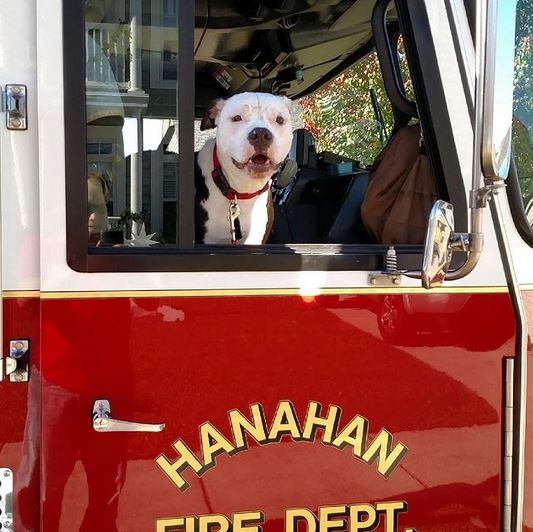 Jake is now retired from the fire station but still remains an advocate for the “Bully Breed”. Follow the rescue pit bull on Instagram to learn more about his life and how he has given back to the community. Plus, there are endless adorable photos of him that are sure to make your day.