What is life without a best friend? Best friends are some of the greatest people you will ever meet. You share the same hobbies, interests, and sense of humor. When you’re together, you always have fun. I honestly don’t know what I would do without my best friends— and that’s the exact situation the following little kitty found himself in.
One day, an adorable cow cat was missing his partners in crime. His two best doggie pals had been put in a timeout for misbehaving, and now the little cat was bored and with nothing to do.

I’m sure he wandered around the house aimlessly for a bit, trying to come up with something to distract himself. But in the end, his boredom won out, and the cat came up with a plan. If Mom wasn’t going to let his puppy pals out of their carrier, he would just have to do it himself!

I imagine the cat started with a human stakeout, making sure his parents were busy and occupied in the next room. Next, he examined the premises, making sure he knew the landscape like the back of his hand (Err… paw.)
Finally, when all is still and the coast is clear, the cow cat makes his attack. He quickly approaches the carrier— he has to be quick, there isn’t a moment to lose. With one fast swipe, he grips the door and knocks it off its side. 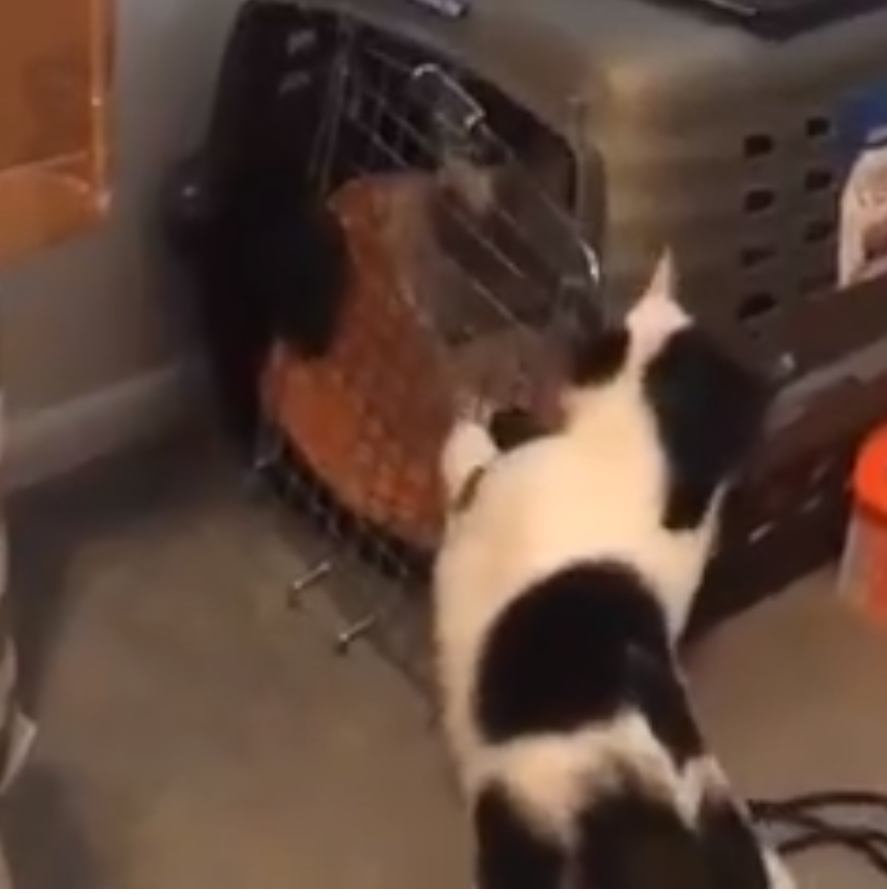 “Hmm,” the cat seems to be thinking. “That didn’t go as planned.” And with a second fast swipe, he grabs the door again, busting the evil carrier wide open and freeing his doggo pals. 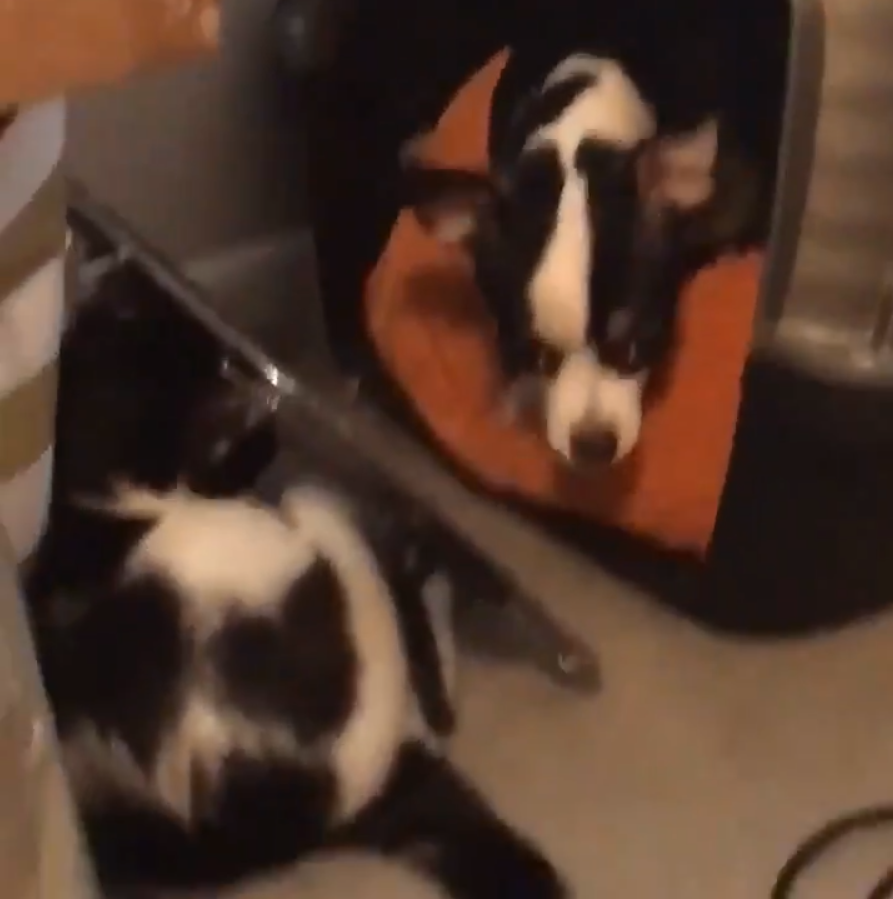 The pups seem momentarily shocked by the cat’s bold actions. The first dog stops at the edge of the carrier, not sure if he should proceed. The cat snaps him out his reveries with a few sharp pats on the back. I swear I can almost hear the cat commanding, “Go! Go! GO!” 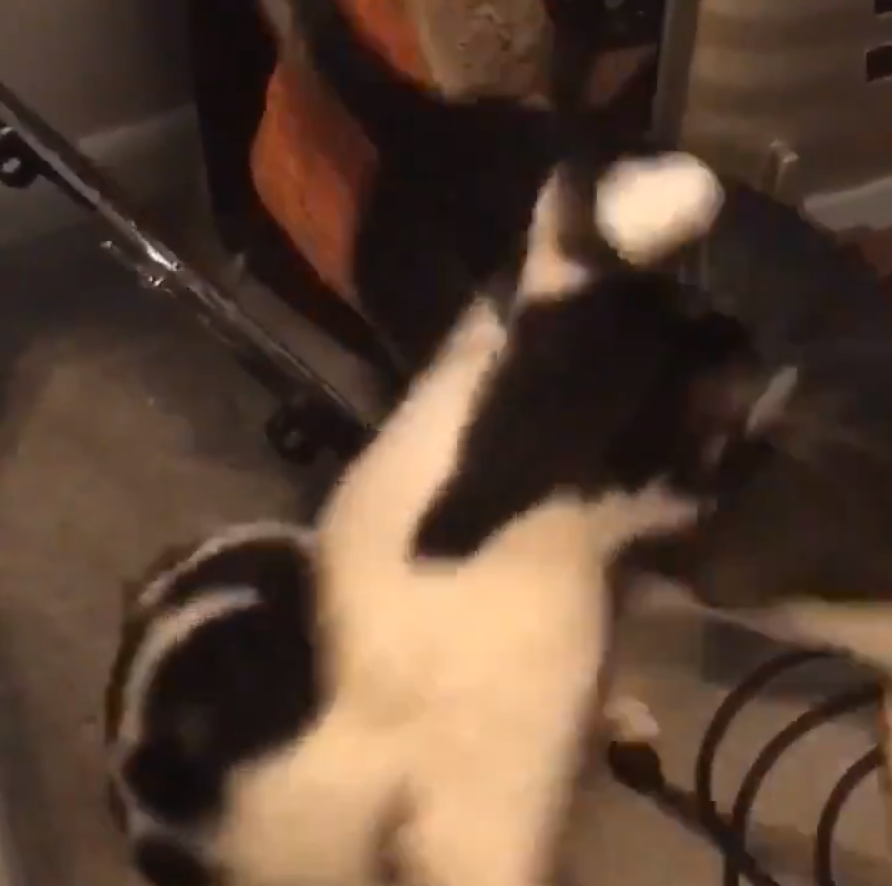 After the first dog has made his escape, you see a second tiny pup emerge from the carrier. With a quick glance at the “security” camera, the three animals rush off. The partners in crime have succeeded in their (adorable) great escape. 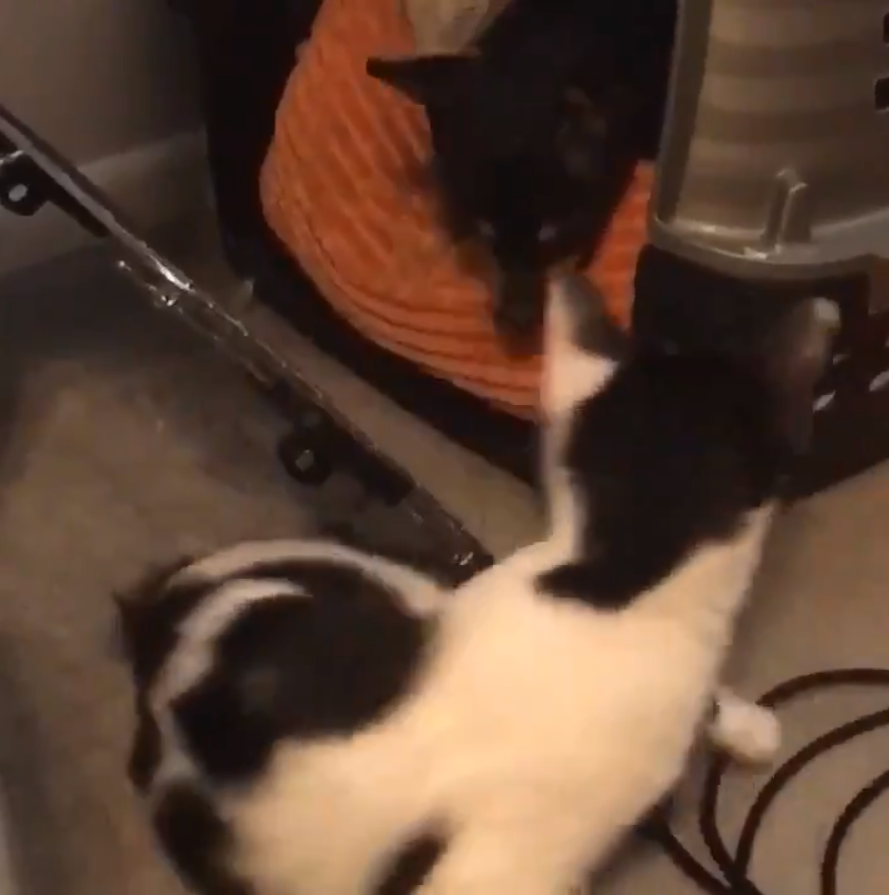 The video, which was originally posted by user lovenbball23 on Twitter, was shared on The Dodo Facebook page where it was viewed over 5 MILLION times!