A forgotten black cat named Toby was at West Valley shelter in California when the Woolsey Fire broke out. When an influx of animals started to come in, Stray Cat Alliance stepped up and took in some of the cats at the shelter to make room. However, they did not expect to find one of the cats had been suffering with a broken leg for three months – without treatment.

“The shelter said he had a broken leg, but when we looked at his paperwork, we discovered he had been at the shelter with an untreated broken leg for 3 months! Toby was in pain and needed urgent medical attention,” posted the rescue on Facebook. They were heartbroken and could not believe how long the little cat had suffered. 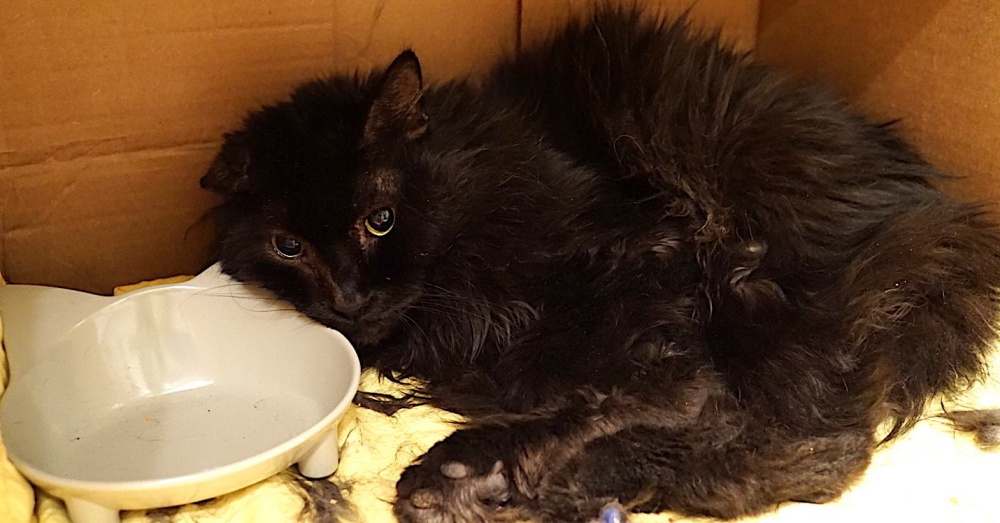 Toby was immediately brought to a vet to be evaluated and to receive pain medication. The vet discovered that the leg was not broken, but shattered and needed to be amputated. Sadly, the cat also had a bad upper respiratory infection that needed to be treated first. 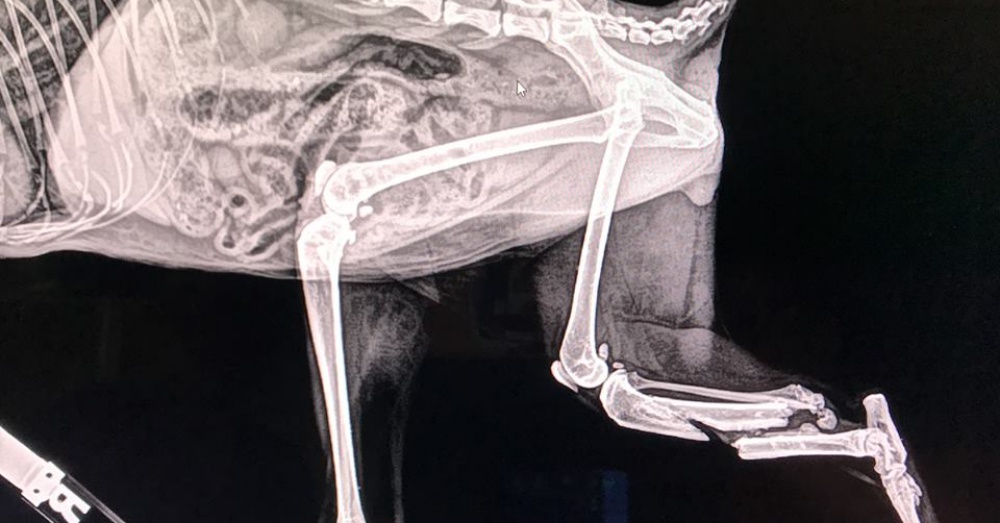 As if that wasn’t bad enough, the vet found a pellet lodged near his spine during an X-ray. Toby was started on medication to clear up the infection and then scheduled for surgery. Thanks to a generous donor, Toby’s surgery was covered and he was on the road to recovery.

“Upon re-examination, the doctor also noticed Toby had a hematoma on his head, in addition to a pellet near his spine, AND a broken leg?! What has poor Toby been through?!” The resilient cat proved to be a fighter and his pain was almost over. “No more days spent lying in agony and confusion, pulling tuft after tuft of fur out of his broken leg.” 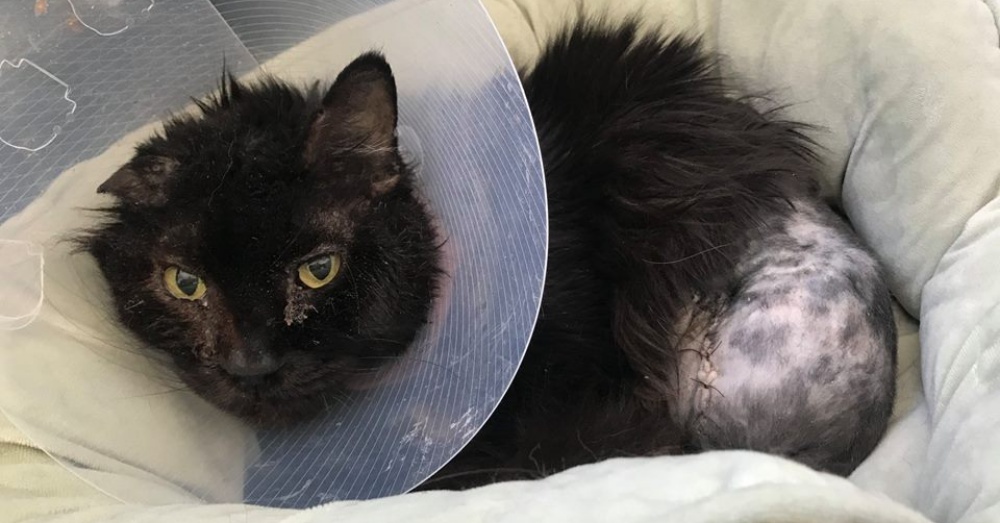 In a couple of weeks, Toby will have recovered from surgery and be put up for adoption. This tough feline deserves to find a loving forever home. If you are interested in adopting Toby, you can contact Stray Cat Alliance.