As anyone who’s ever used a dating service can tell you, there’s nothing wrong with a teensy bit of embellishment. That’s why in an effort to help them find homes (as if they really needed it), Stephen Colbert, Bryan Cranston, and Aubrey Plaza told wild backstories for the puppies featured on The Late Show’s “Rescue Dog Rescue” program. 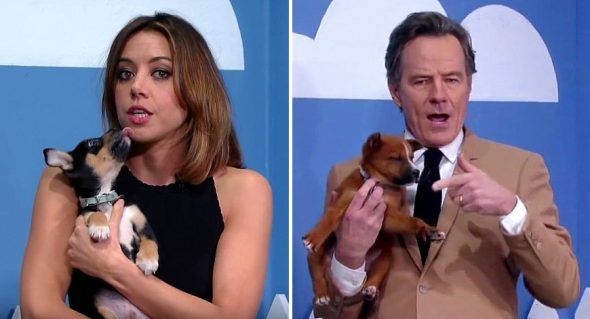 Take a look at the one done by Colbert and Aubrey Plaza (best known for her role as Parks & Rec’s people-hating, puppy-loving intern, April, who, alongside Chris Pratt’s character, Andy, became a parent to a three-legged pit bull named Champion).  It’s clear to see that they love doing their part to help animals in need! 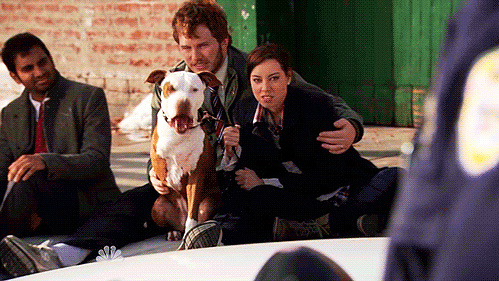 Bryan Cranston (best known as the dad on Malcolm in the Middle, but some may remember him from this other show that was only slightly well-known… ;)) is also an animal lover with a wicked sense of humor, so telling porkies was a piece of cake for him.  To see the cuties currently available, click here.

Since this partnership with North Shore Animal League America has been so successful, next time they should feature all pit bulls, black, senior, or disabled dogs, as they are the first on the euthanasia list and have the most difficult time finding homes.  Let’s all bombard The Late Show to make this happen!