Peanut’s entire three years of life were spent languishing at the end of a heavy chain in an isolated corner of his owner’s property.

This lonely existence may have been his ultimate fate if not for a wonderful woman named Russelline Steinbuhler. With the help of two Pennsylvania rescue groups, Hope for Erie Animal Wellness and Critter Camp & Cuts, Steinbuhler completely transformed Peanut’s life and gave him hope for a beautiful future! 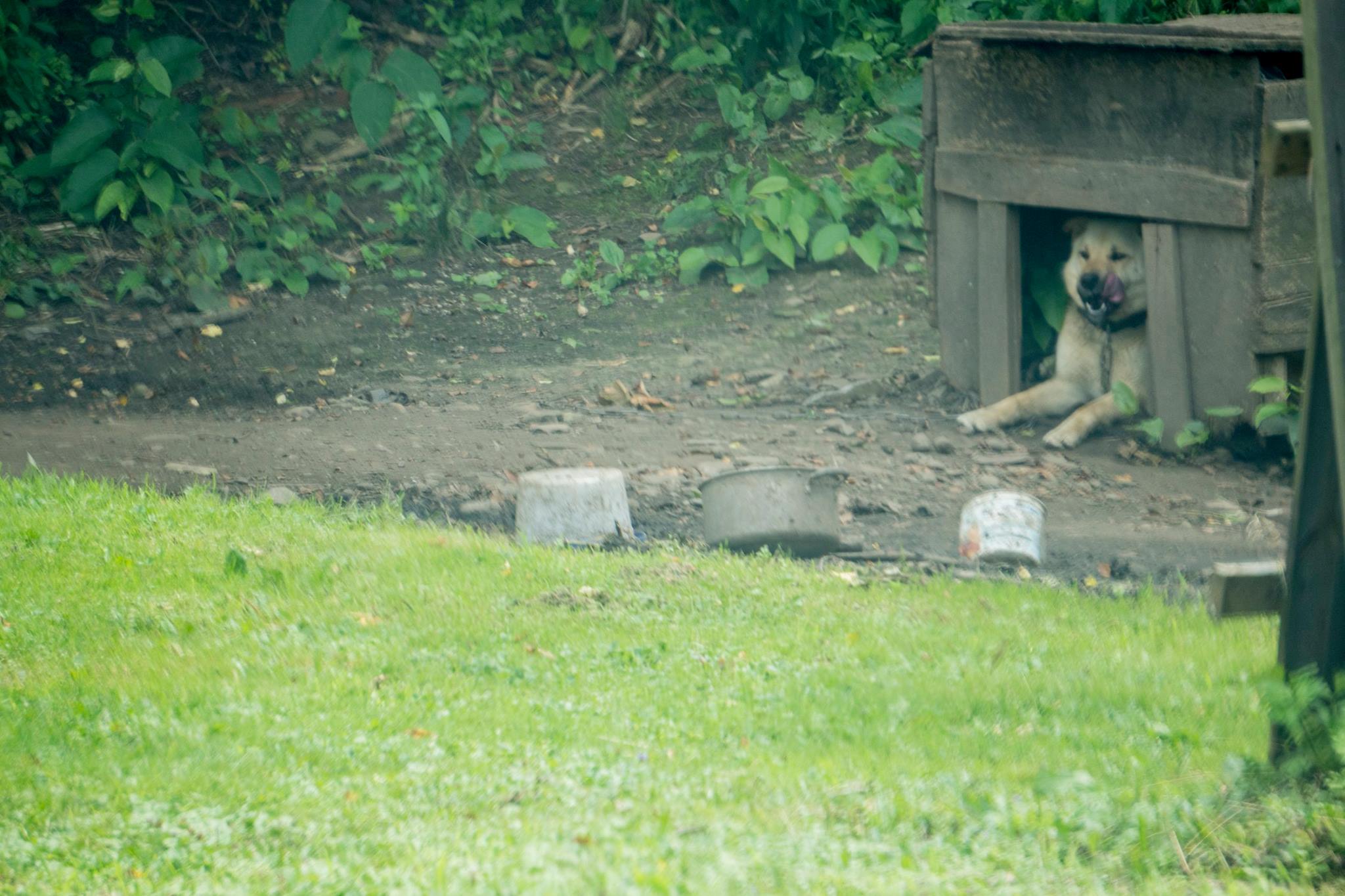 Peanut was spotted chained to a filthy, dilapidated dog house when the fence separating his owner’s yard from a local bar fell down. Several people contacted the Humane Society to report the dog’s poor living conditions – including Steinbuhler – but no help came. 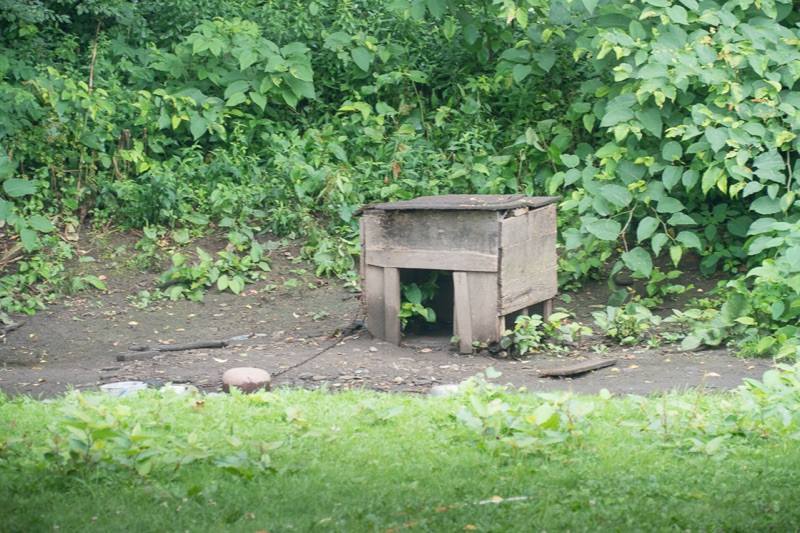 Luckily for Peanut, Steinbuhler refused to give up on him. She called Hope for Erie Animal Wellness and Critter Camp & Cuts who both agreed to join her crusade. 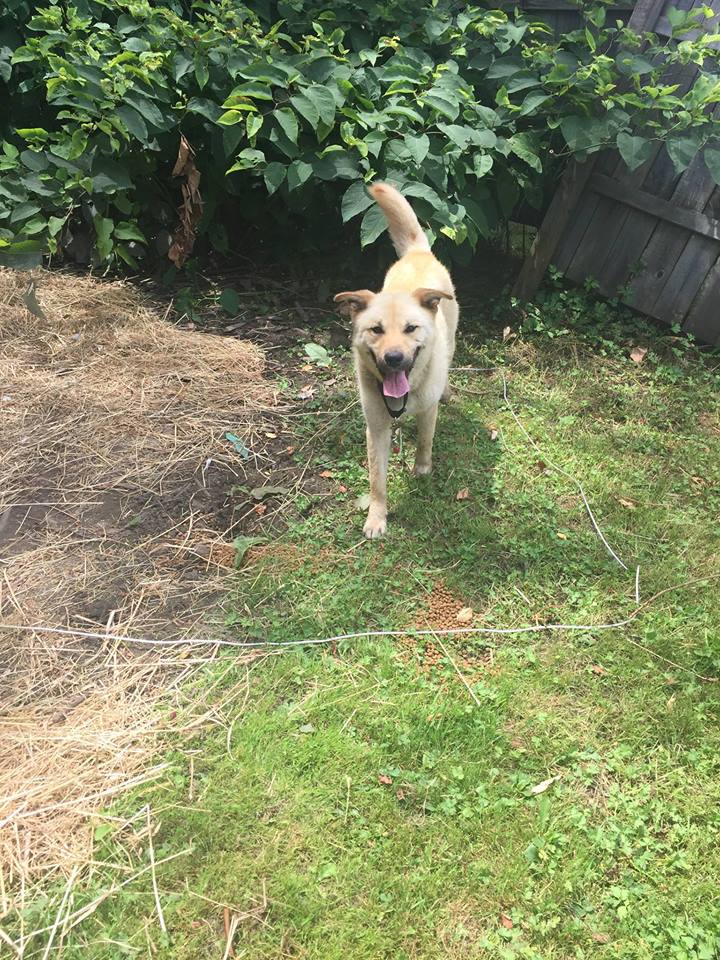 Over the course of the next two months, the rescuers educated Peanut’s owner on the perils of tethering and provided a brand new dog house, clean bowls, a lightweight nylon lead to replace his heavy chain, and a much more comfortable collar. They also laid hay to soak up some of the mud from his living space. 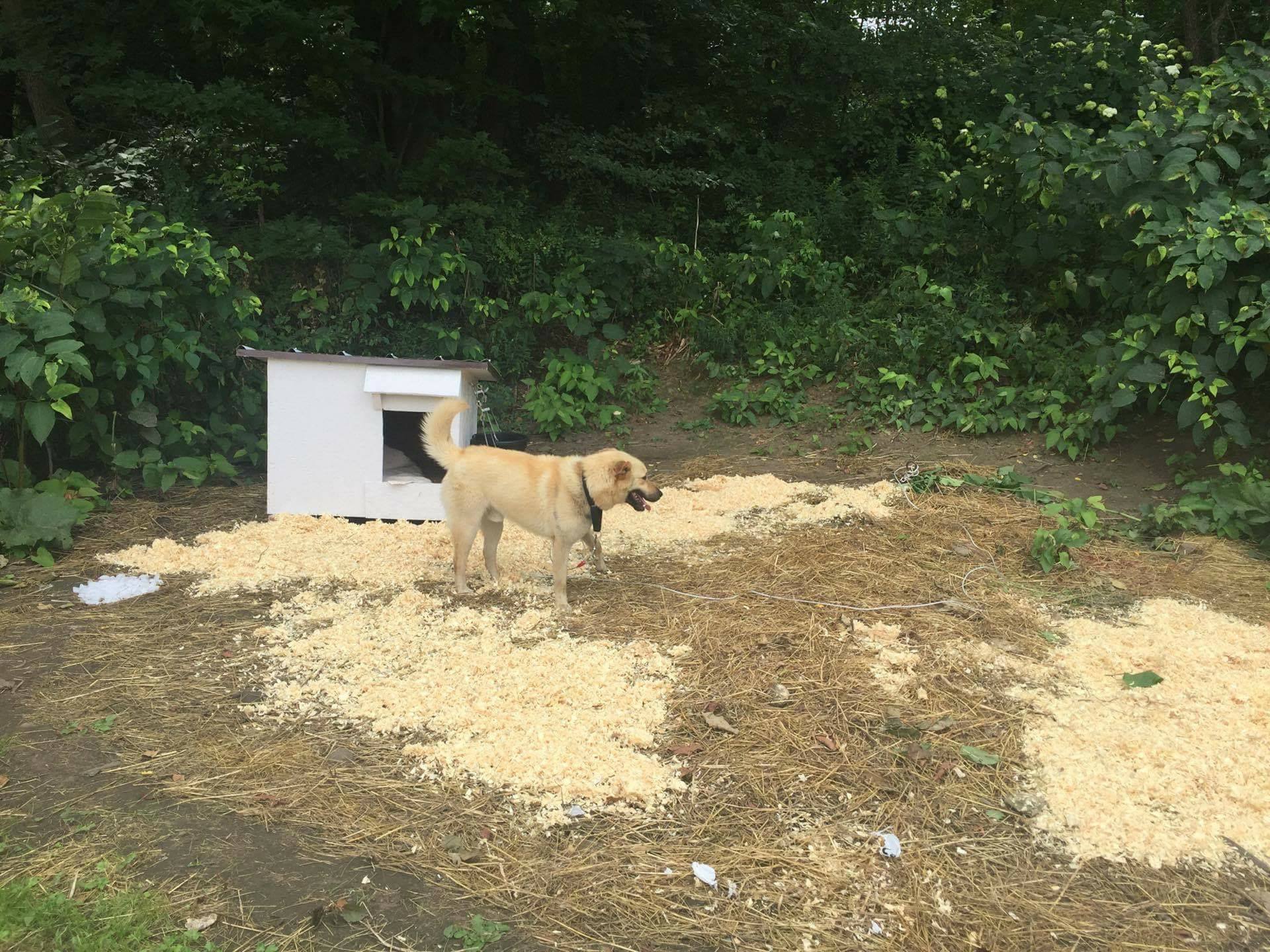 Steinbuhler visited Peanut regularly, teaching him to sit for visitors and playing a specialized version of fetch with the tethered pup by tossing his ball straight into the air. She used treats to teach him the “Look” and “Down” commands. Peanut proved to be a quick study! 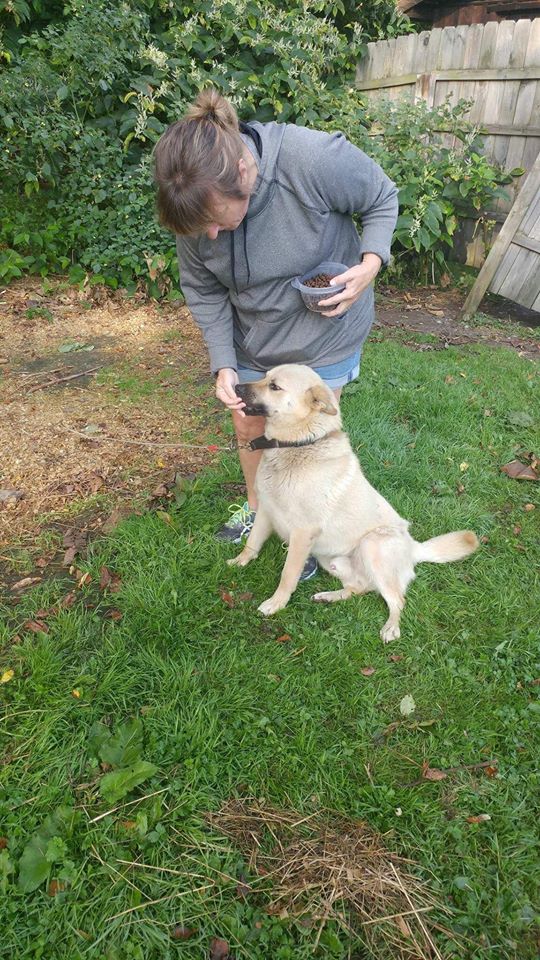