When officers followed up on a call about a man walking a skinny pit bull on a heavy chain, NBC affiliate WXIA reported, they discovered a badly emaciated dog, its ribs and spine clearly visible through its skin. Follow-through allowed them to secure an arrest and search warrant on 52-year-old Sherman Holt’s Manchester, GA, home and what they discovered there was a horror show. 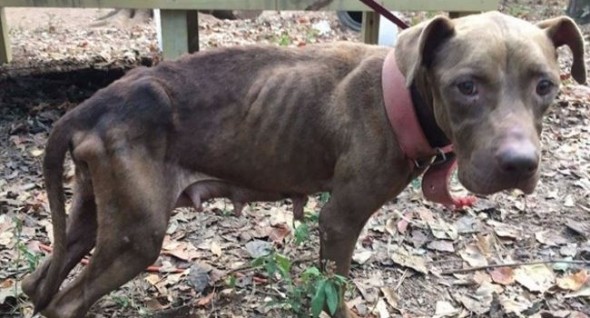 Out back flea-infested adults and two litters of puppies were living in deplorable condition.

One dog was chained to a treadmill, forced to walk. A large drum, filled with water, police presumed, served as another piece of “training” equipment where they were made to tread water. 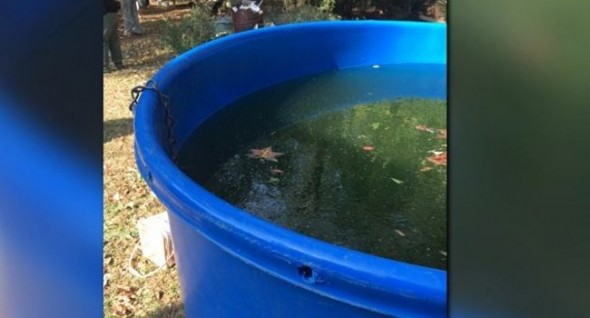 Many were restrained by logging chains. All were gravely malnourished. 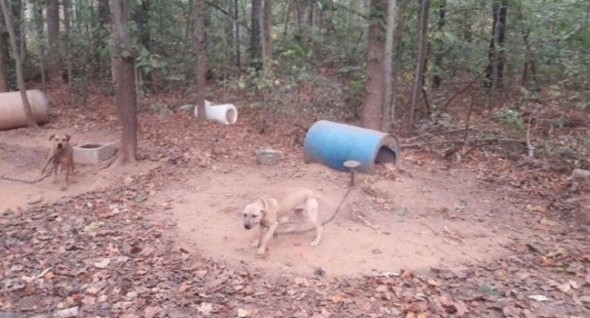 The agencies are also caring for the rescued animals.