When the World Food Programme (WFP) was awarded a Nobel Peace Prize for its tireless efforts to curb global hunger during the pandemic, nobody was happier than Foxtrot, the organization’s “chief mascot and mood manager.”

“Woweee,” wrote the former stray on his Instagram page. “I was so excited to hear that the @worldfoodprogramme was awarded the Nobel Peace Prize today.” 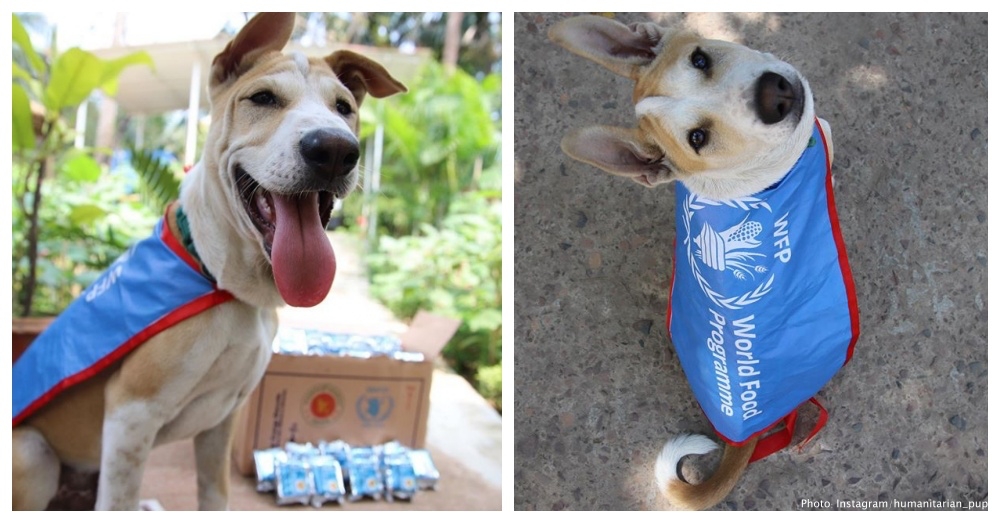 Nor could the World Food Programme — which was also The Hunger Site‘s original charity partner back when our company was first getting started in 1999 and 2000 — have asked for a better spokes-dog. Not only does Foxtrot take his role as the resident therapy pet role seriously, the former stray used to be hungry himself, giving him first-paw insights into the devastating impacts of food scarcity. 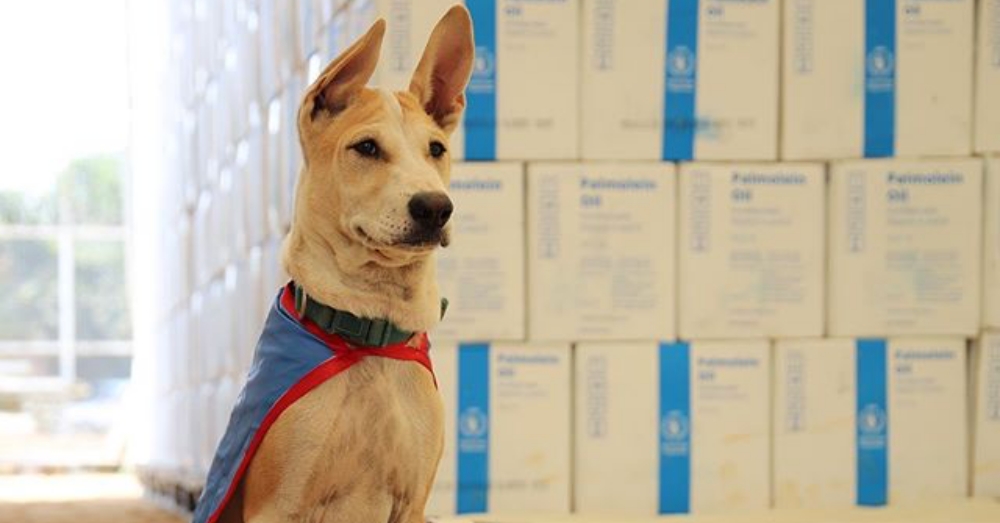 Foxtrot’s luck finally changed when WFP rescuers noticed the stray puppy following volunteers around a beach clean-up in Bangladesh. “Foxtrot was found when a variety of charity organizations were participating in a beach clean-up,” WFP worker Colleen Callahan told the Good News Network, recalling the dog’s “bare bones to milk bones” backstory. “A four-month old puppy followed them until finally Gemma [one of the volunteers], decided to take him under her wing.” 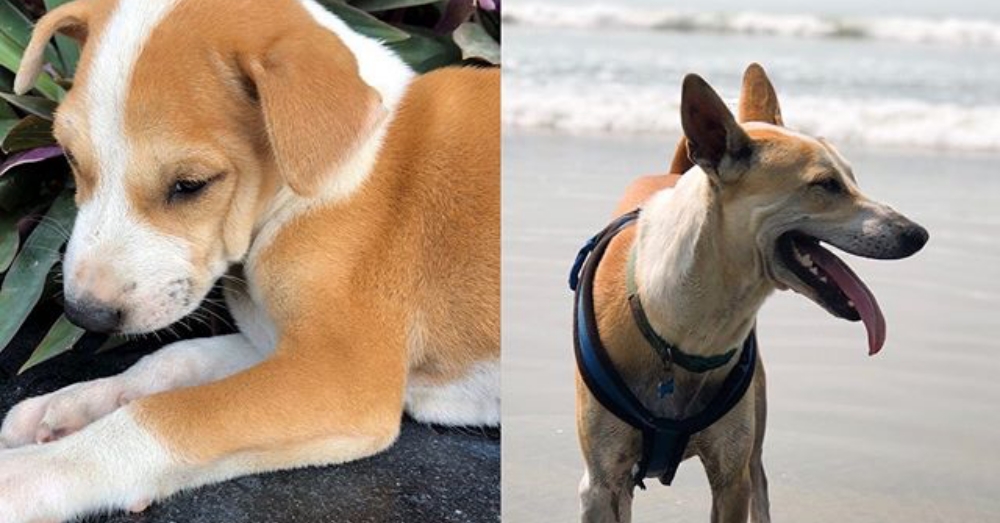 Foxtrot, as it turns out, was adopted just in time, because shortly thereafter the puppy contracted Parvo and almost died. Fortunately, the dog’s new WFP family was able to nurse the puppy back to health, and the grateful dog has cheerfully served as the charity’s brand ambassador ever since.

Congratulations to Foxtrot and everybody at World Food Programme for this momentous achievement! We can’t think of a more deserving recipient of this prestigious award. 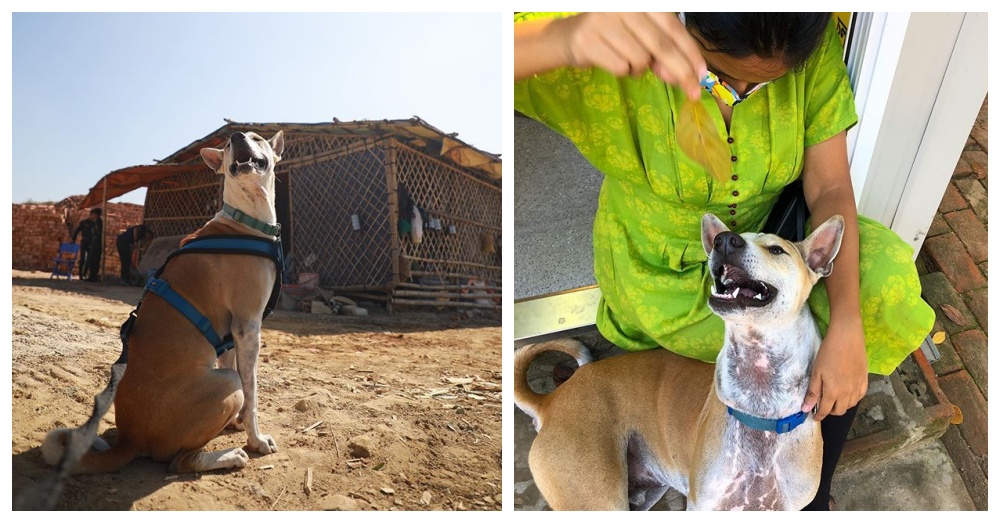