Most 4-year-olds look forward to spending their birthday and Christmas money on toys. Jaxton Betschart decided to use his to help 2 shelter dogs find loving homes.

Elyse Betschart is Jaxton’s mom. Last weekend she brought him to the Charleston Animal Society (CAS) shelter where Jax chose 2 Pit Bull-type dogs to sponsor, paying their adoption fees with his own savings. 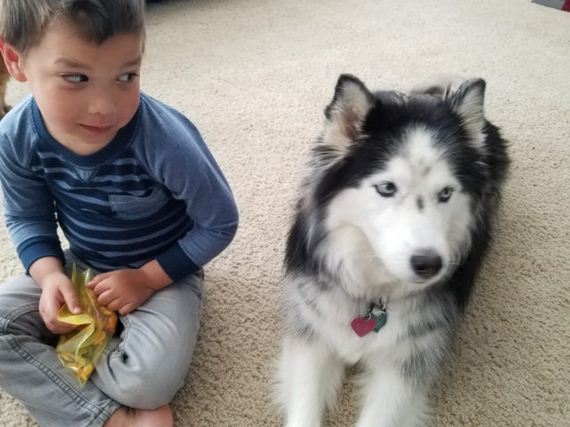 The little boy was first drawn to a white and black pup named Penelope. He especially liked the black patches around her eyes and dubbed her, “Spot.” 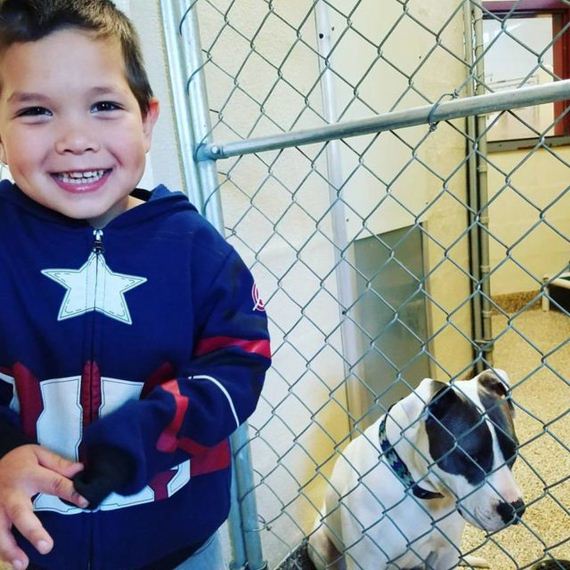 As they headed to the front desk to sponsor Penelope through CAS’s Sponsorship Program, which allows donors to pay the adoption fee for a specific pet, Jax noticed a big, blue Pibble named Tank.

“Mommy! He’s big and chunky just like me!” he exclaimed, rushing to the cage door and caressing Tank’s blocky head through the bars 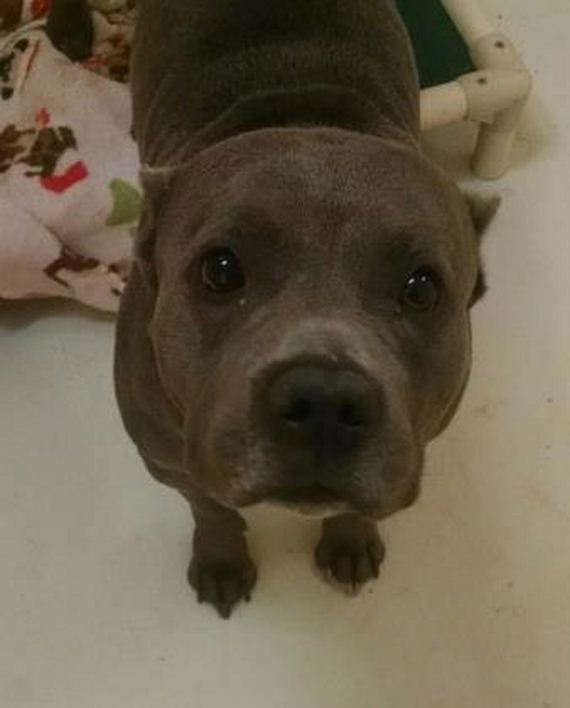 Being 4-years-old, Jax asked to adopt Tank so the 2 of them could play Incredible Hulk together. Elyse explained that Tank couldn’t come home with them, but Jax could do something even better. He could become Tank’s Guardian Angel and help him find his perfect home, just like Penelope!

“A lot of people don’t realize that sponsorship is an option, that you can actually tie that money to a face,” Elyse told iHeartDogs. 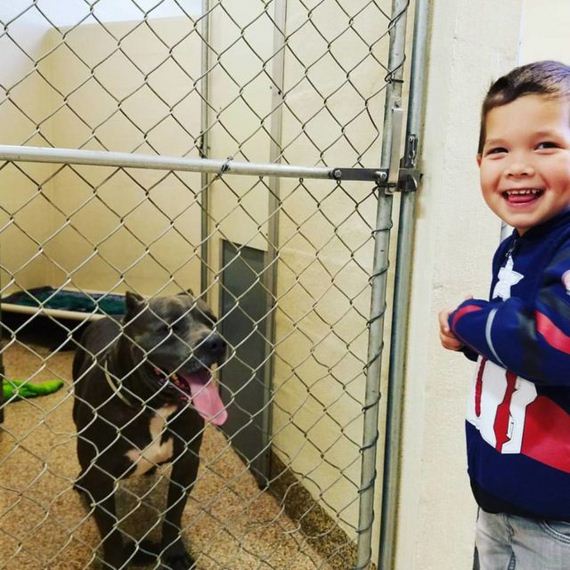 A CAS staff member snapped a photo of Jax proudly displaying his guardianship certificate in front of Tank’s cage. The image of adorable, smiling Jax next to Tank was posted to the CAS Facebook page – and quickly blew up! 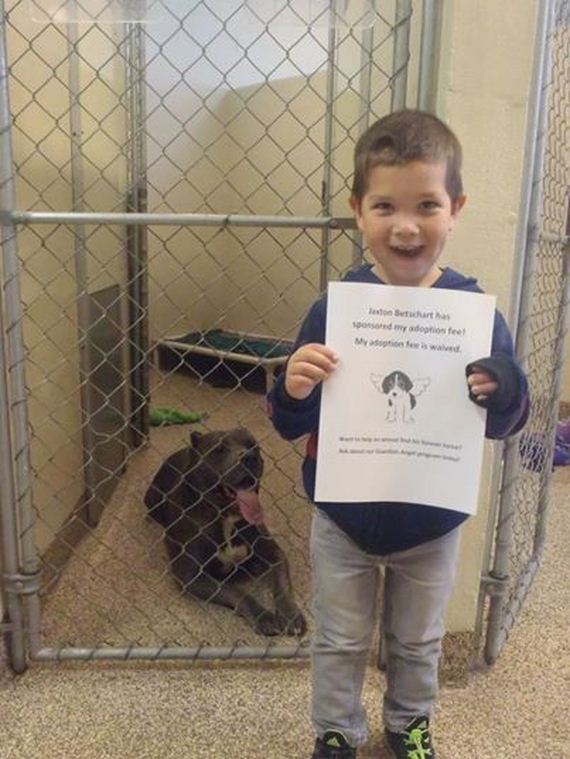 Not only did the post get more than 6,000 reactions, many of the nearly 200 comments were inquiries as to how they, too could become Guardian Angels to CAS shelter pets! In a matter of days, Jaxton’s generous heart inspired a “Give-alanche” of donations and additional sponsorships. Tank and Penelope were adopted immediately, as were many of the other animals sponsored thanks to Jax’s example. 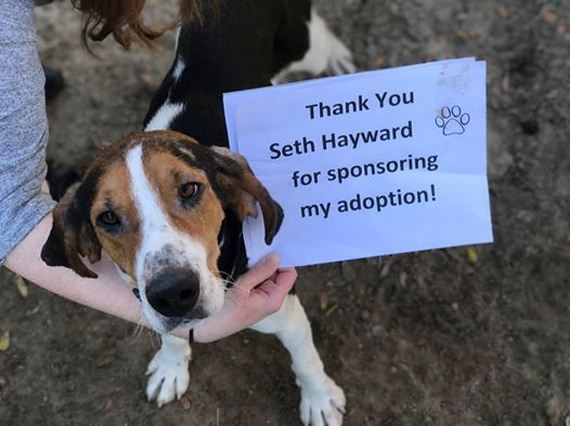 According to Kay Hyman, Director of Community Engagement for the Charleston Animal Society, the post reached nearly 200,000 Facebook users! Whether those people immediately take action or not, they have learned a valuable lesson about shelter rescue.

Sponsoring a pet’s adoption fee pays for spay/neuter surgery, vaccines, microchip, heartworm treatment (if needed) and first month’s heartworm and flea prevention! Paying the very reasonable fee on behalf of a shelter pet allows potential adopters to use that money for food and supplies instead. 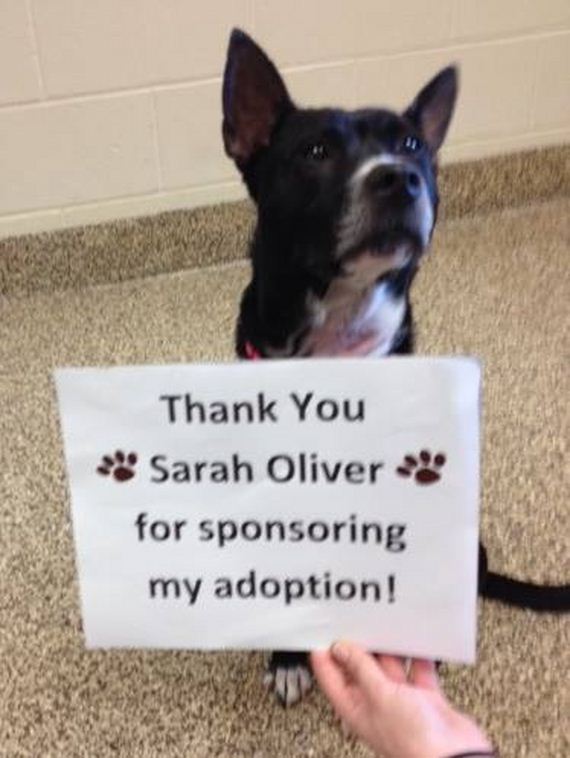 The Betscharts are a military family. They move cities every 3 years – with 2 kids, 4 rescue dogs and 2 rescue cats in tow! Unfortunately, they are not able to adopt Pit Bull-type dogs due to breed specific bans imposed by military housing, but they dream of someday starting their own dog rescue. 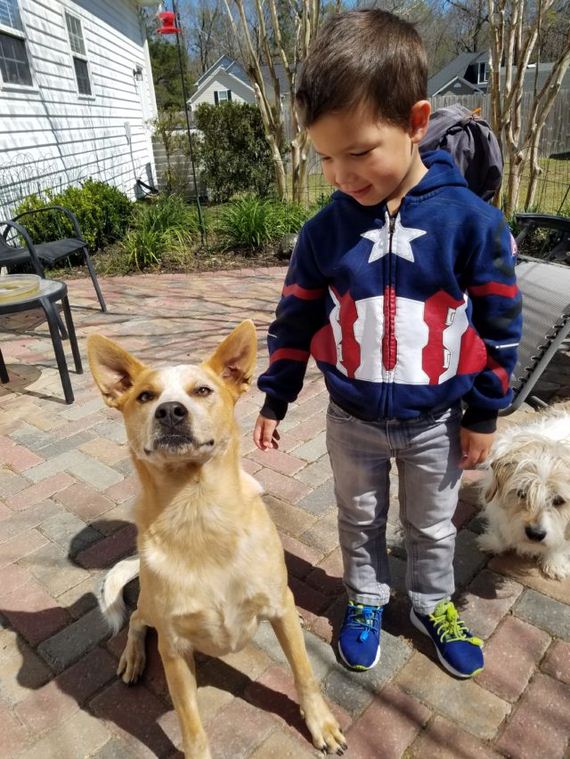 Elyse knows all too well the difficulties that blocky-headed dogs face in shelters, and is overwhelmed with pride that young Jax has demonstrated such a kind, giving spirit.

“Animals are a huge part of our lives,” Elyse told iHeartDogs. “Knowing that my son was the catalyst for the community coming together to give shelter dogs a voice makes me feel incredibly blessed.”

“I feel like I’ve done my job – like I can retire as a mom!” she added with a laugh. 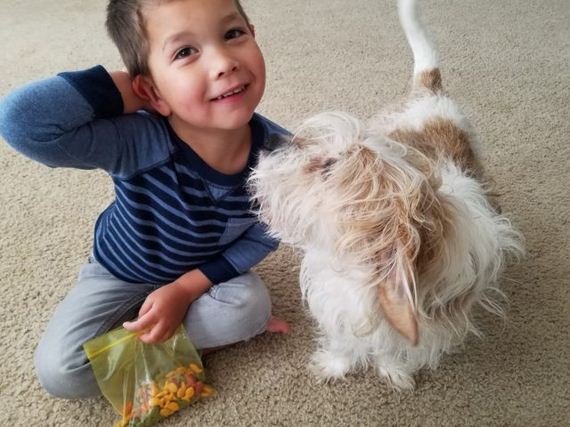 Jax sure is a special little guy! If you’re feeling inspired to follow his lead and become a Guardian Angel for a shelter dog in need, visit the CAS Adoption Sponsor page. Click here to choose from all of CAS’s adoptable cuties!

Want to help out in your own community? Contact your local shelter and ask if they have a similar program! If not, maybe Jax’s story can help you spread the movement and keep the Give-alanche going!