A home with five dogs is a home with a lot of dogs, but at that point, what’s one more?

Of course, in the case of Chowder, it’s not another dog we’re talking about, but, in fact, a very large piggy.

A piggy who, after being brought up by five dogs, considers himself to be one of the pack. And his canine siblings are totally on board with that.

Chowder’s dog family is a mix of different sizes and breeds, so they’re all used to accepting and appreciating differences. 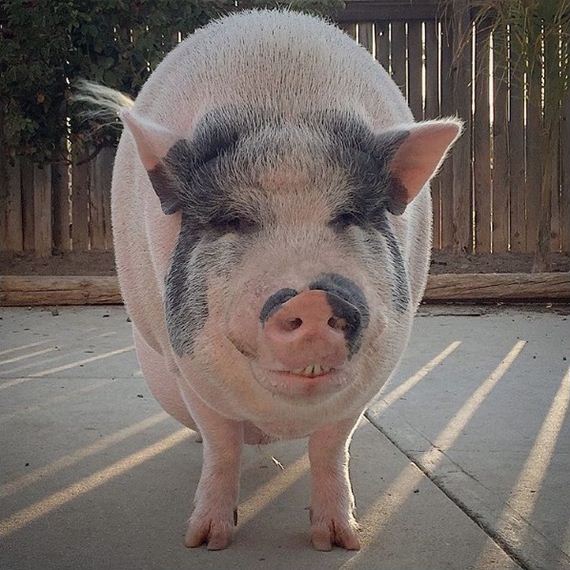 They range from a small Pomeranian mix to a large German shepherd, and they all enjoy hanging out, either in their human Shelby’s cozy living room or out on the sunny back patio.

We always think of dogs as the ones who love to show their affection for us, not to mention love to cuddle. But in fact, there are plenty of animals just waiting to show us their friendly sides, including kangaroos and even giant tortoises.

It’s easy to see just how much this family, made up of rescues, cares for one another and enjoys one another’s company.

Check out some of Chowder’s everyday activities with his dog sibs below.

Meet Chowder. Chowder was rescued by a woman named Shelby, whose family also consists of five dogs that vary in size. 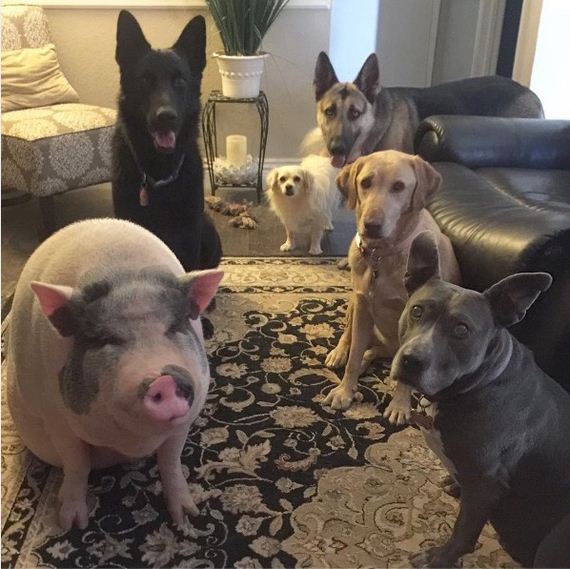 They all like hanging out at home, spending time in Shelby’s tastefully decorated living room. 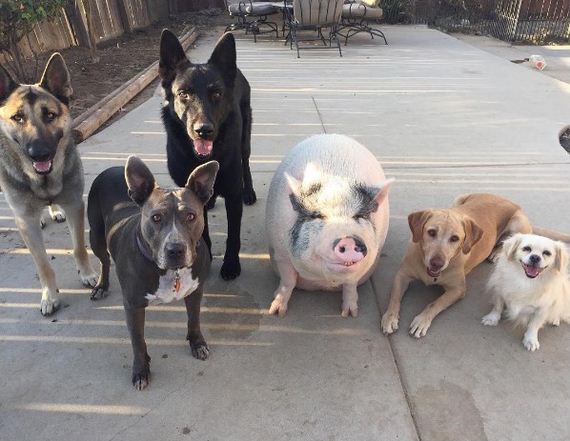 And, of course, they like spending time outside too, and the patio is the perfect place for sunning, playing, and, for Chowder, rolling around in the dirt. 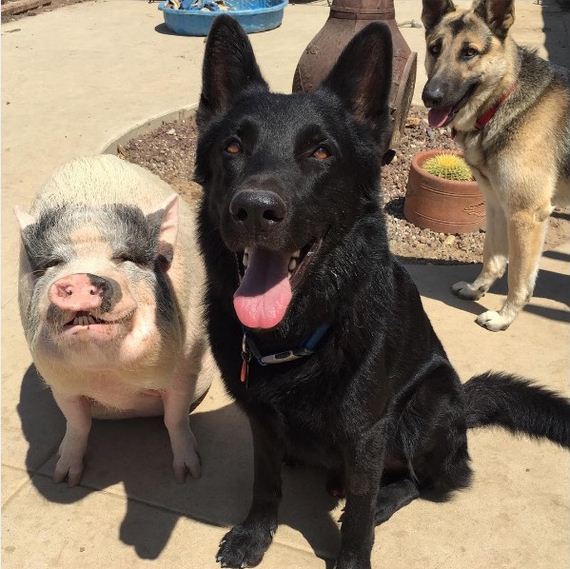 Chowder is, of course, sure to spend quality time with all of his siblings, from the big ones… 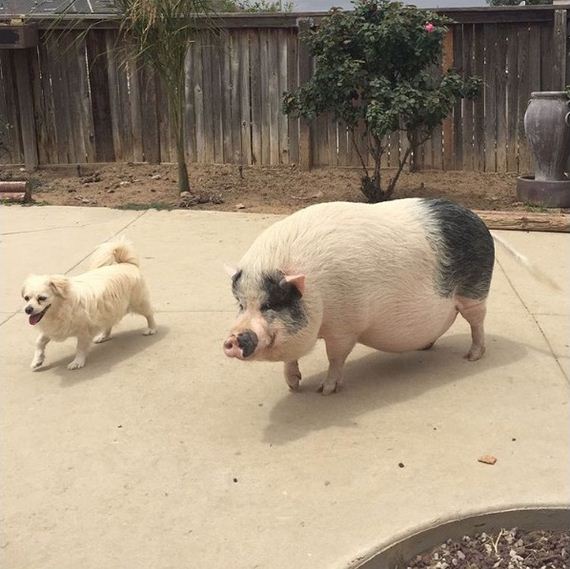 to the little ones. 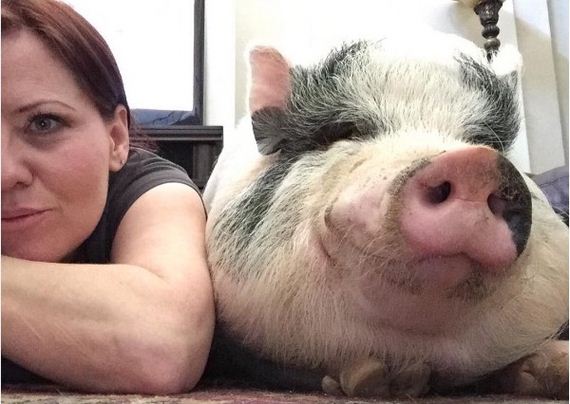 And of course he spends time with his human, too. 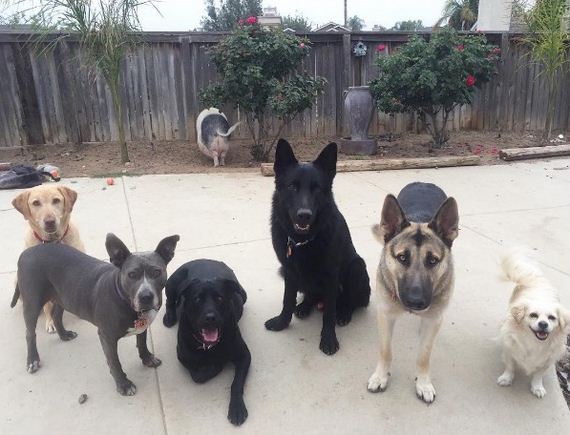 Sometimes, though, he prefers to do his own thing. There’s always something to be found in the soil. 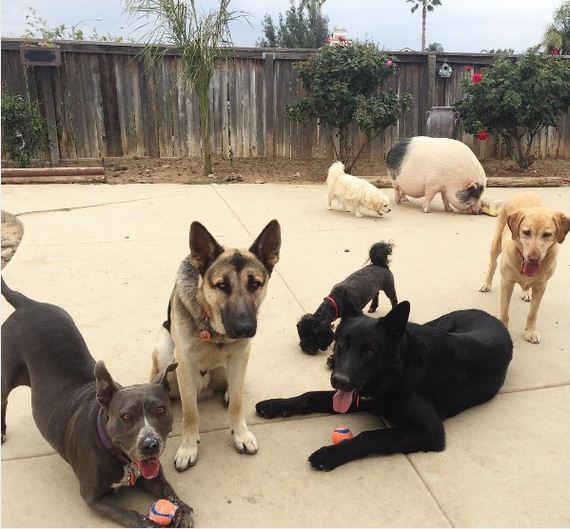 His investigations even sometimes inspire a sibling or two to come along.

(In case you’re wondering, the extra dog in this photo — the small black one — is a visiting friend.) 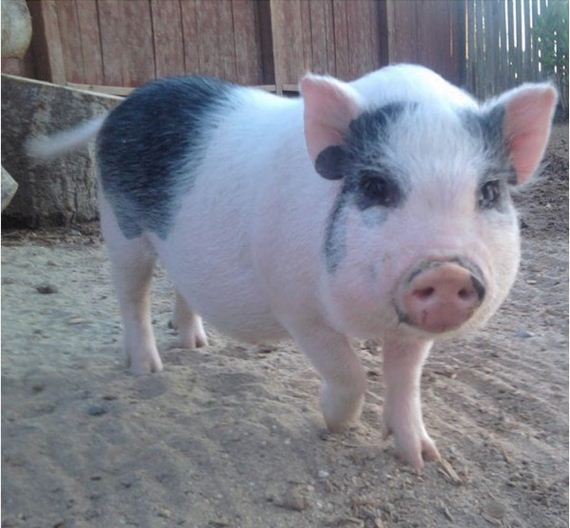 Of course, Chowder wasn’t always quite so large. He started out as a little piglet.

His human mom, Shelby, points out that while many people adopt “mini pigs” for their cuteness, many can’t handle the reality — that they grow. A lot.

As a result, many pigs are given up when they’re considered too big.

Shelby, though, pledged to always take care of Chowder, no matter his size. And that’s exactly what she’s doing. Chowder not only had her support growing up, but that of his canine siblings, too. 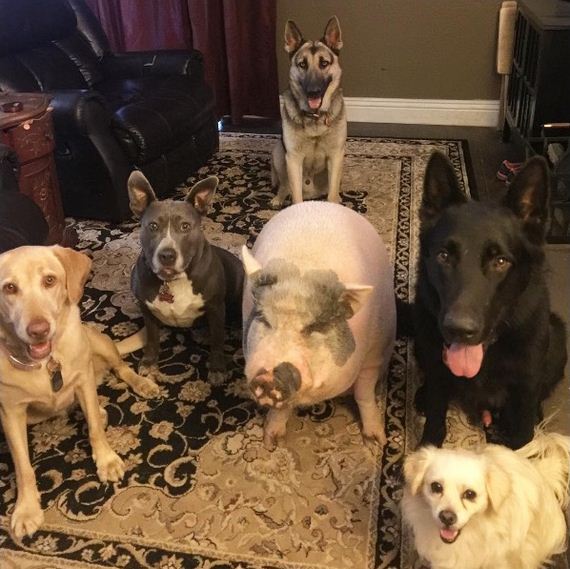 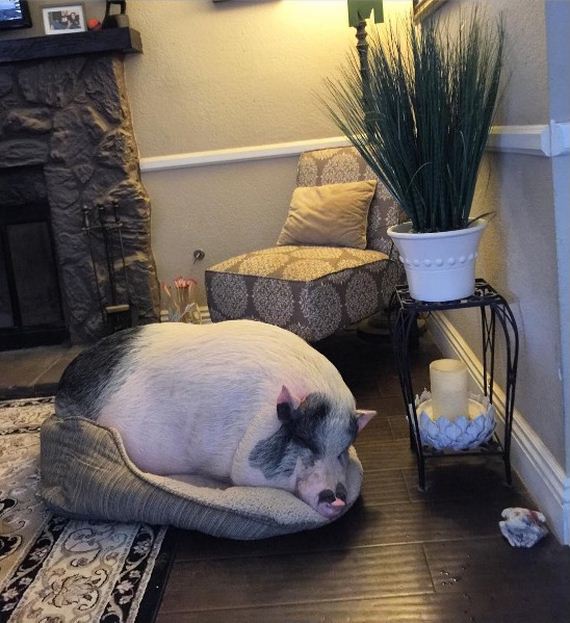 And Chowder has definitely learned a thing or two from the dogs, like that a dog bed really is a great place for a nap. 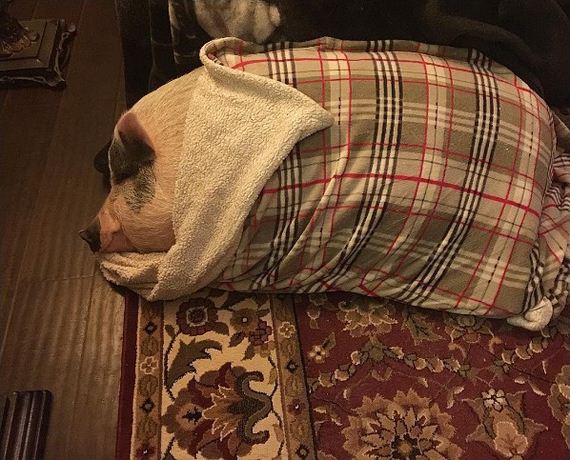 And on colder nights, a bit more snuggling is in order.

Go ahead, make a pig-in-a-blanket joke. You know you want to. 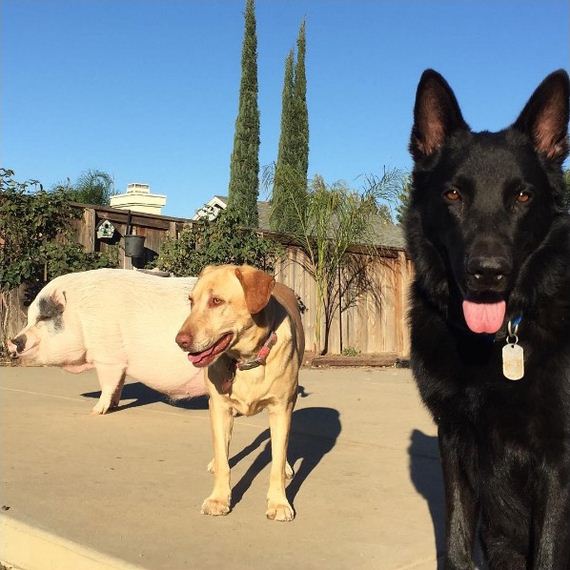 Chowder and his dog siblings are living a very good life, thanks to Shelby’s kindness and love. 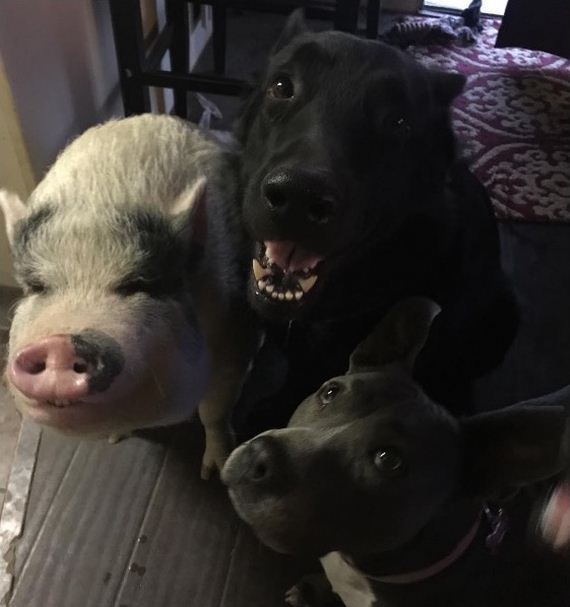 Shelby’s animal crew shows us all that no matter our differences, a little love can make us family. 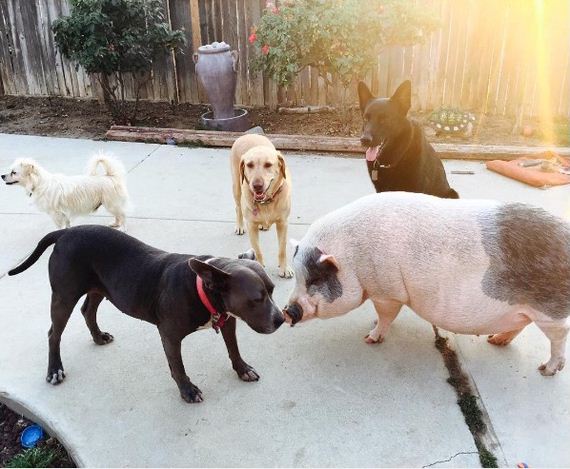