The Payne family is going to have a jolly Christmas, literally, and that wasn’t what they’d expected.

Their beloved German shepherd, Beau, was killed by a car last Monday; the driver sped off without even bothering to check. Shaun and Tracy Payne rushed Beau to an emergency vet after the accident, but the injuries proved too severe. Beau had to be put down.

And if their heartbreak wasn’t enough, they then had to come home to their three daughters, Bella, 9, Kylee, 7, and Addie, 5, and tell them the news.

“We came home about 10:30 p.m. and my daughter was still up waiting on us to come home, and she said ‘Where’s Beau?’” Payne told the Commercial Appeal. 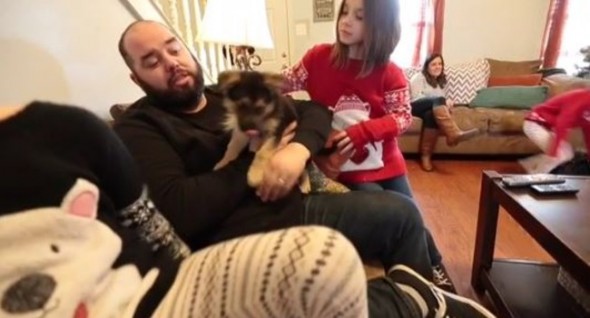 He told her, “Beau’s not with us.” She asked if the dog was coming come.

“I said ‘No baby.’ She stared crying and ran to the room and woke up my other daughters,” he said. “That night they cried and cried.”

The little girls were naturally distraught; Beau had been a part of their family for five years.

The following day Payne mentioned the incident to his friend Milton Carroll, a pastor at Hope Presbyterian Church. Carroll thought a new dog might help the girls heal, Payne said, but he wasn’t keen on the idea. Despite that, Carroll began looking for a German shepherd puppy to join his family.

“I can still remember when I was a kid, my dog got ran over by a car,” Harris said. “I remember how devastating that was.”

Carroll urged Payne to call him.

Carroll told him “‘Hey, I want you to call Lt. Harris. The K-9 unit is going to buy you guys a dog.’ I called my wife, and we were just bawling,” Payne said.

Harris’ search for a puppy was tight so close to Christmas but eventually he learned of a colleague within the police department who had recently purchased a pup from a breeder. Word was they had two dogs left.

Between the generosity of an anonymous donor, and the breeder — who was willing to sell them the dog for $200 — the act of Christmas kindness came together. SCSO and the Paynes agreed to surprise the girls by taking them on a tour of the K-9 unit this past Friday. 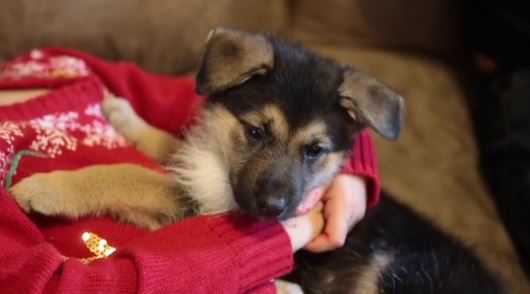 Deputies showed the sisters a demonstration with one of the K-9s and walked them through the facility before leading them into the room filled with SCSO officials and Chief Deputy Floyd Bonner, who said he wanted to introduce the squad’s newest member. Out came the adorable, 8-week-old pup.

“At this point I’m bawling, and my kids, they still don’t have a clue,” Payne said.

Bonner told the girls the Sheriff’s Office wanted them to take it home, and they scooped her up and immediately decided to name the puppy Jolly, Harris said.

“The girls were completely surprised and overjoyed when they realized that the newest member of the team that they had been introduced to was going home with us!” Tracy Payne posted on Facebook.

Hollywood Feed provided the family with food, toys and other supplies to take home that day. Shaun Payne said they drove right to the pet store after they left to thank employees in person.

“It’s just a simple gesture that made a huge impact on those kids,” Harris said. 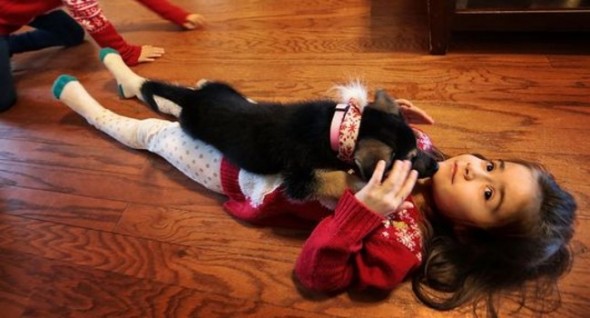 The sisters spent the next day playing with Jolly, joking “I don’t know if she understands she can walk anymore.”

Payne said his family is incredibly grateful for the kindness of his friend and the Sheriff’s Department.

“It was a really beautiful thing for my family,” he said.