Just like children, dogs will try to push the limits on rules set by their parents. This adorable boxer has found a way around the “no dogs on the couch” rule with a loophole.

The rule came about when Lexi, the boxer, was a puppy. She loved to run and play in the mud. One day, after a successful roll in the mud, she came running inside and headed straight to the couch. Mud covered the couch, and Lexi enjoyed it so much that she made a routine of it.

Lexi’s mom, Donna Wolford, told The Dodo, “As soon as she would run into the house, she’d sprint right for the couches.” So Wolford made the rule of no dogs on the couch and started to teach Lexi to not jump on the couch. Instead, she encourages Lexi to lie on her own dog bed. That way if she covered it in mud, it could be tossed in the washer. 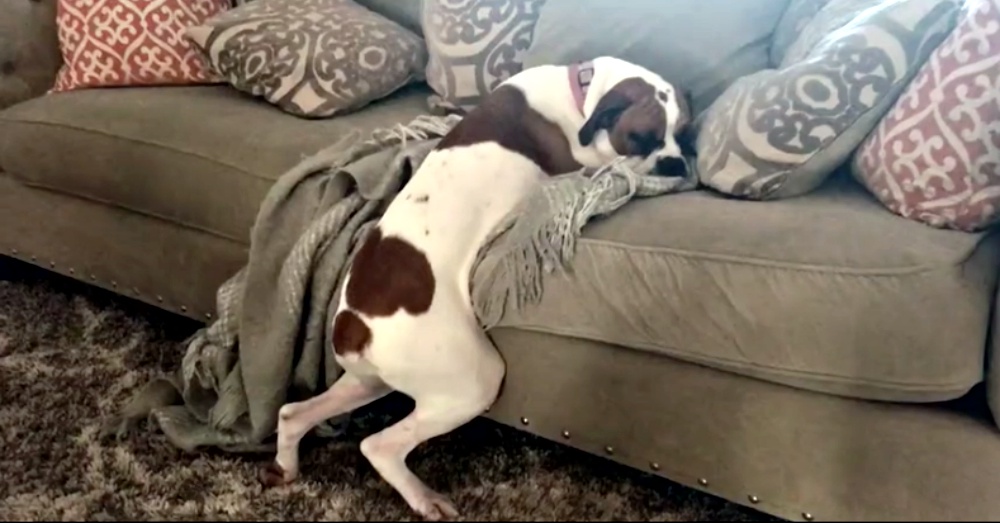 This stance became so comfortable that she naps this way. This loophole has proven successful for the 18-month-old puppy. Wolford says, “She fully knows she’s not supposed to be on the couch.” However, she goes on to say, “She can be pretty ingenious when it comes to circumventing authority. She uses her cuteness to her advantage.” 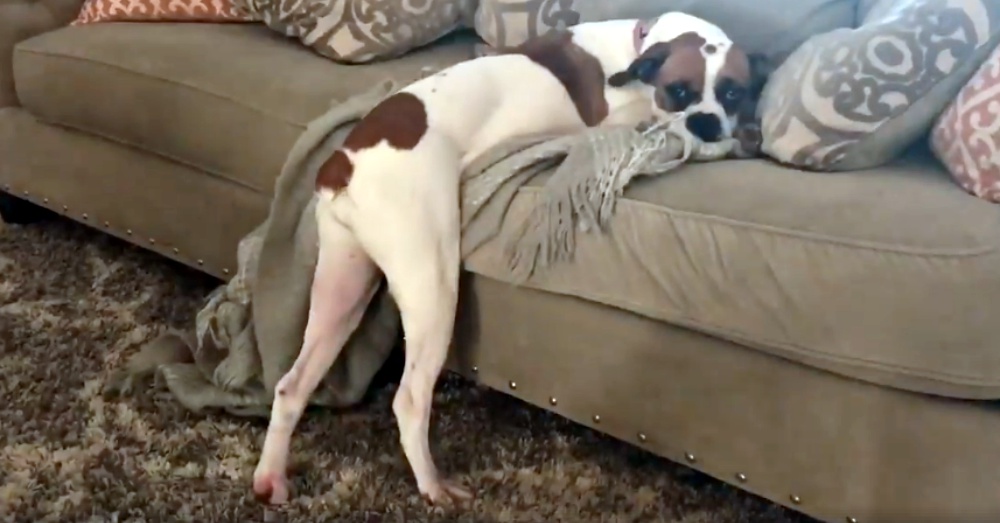 It will be interesting to see what other loopholes Lexi discovers as she continues to show her rebellious side. Watch her reaction when she is caught using her loophole in the video below.