German Shepherd Dogs are thought to be one of the smartest dog breeds, which is why they’re often used as military and police dogs.

Hunter, of Donegal, Ireland, is no exception.

The 7-month-old pooch has found a way to outsmart his humans by getting his bag of dog treats, despite them being kept in the kitchen cabinet. 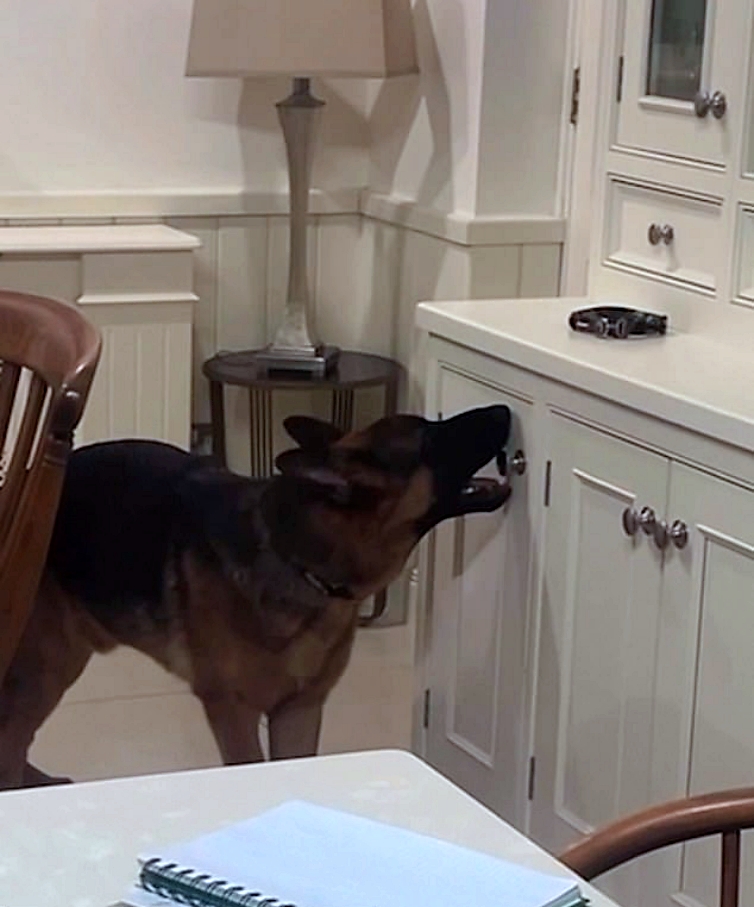 His clever antics were caught on camera by his human Nicola McLaughlin for all of us to witness.

In the video, you’ll see Hunter grasping the cupboard handle with his teeth to pull the door open just enough to fit his snout in it. Once he gets his snout inside, he pushes it wider until he is able to shove his head inside to grab the bag of treats. 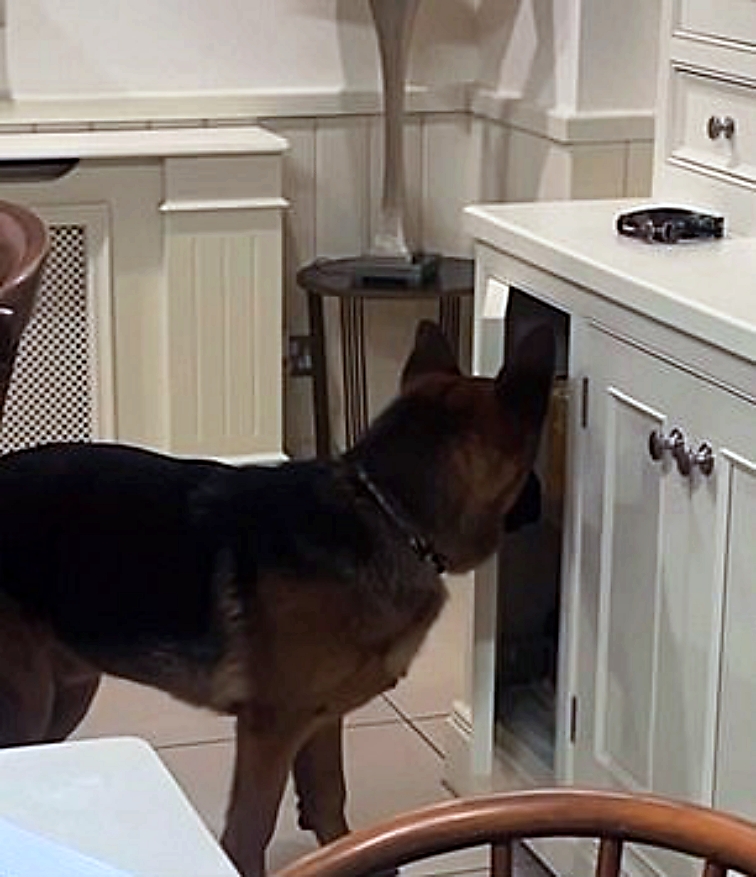 Once he finally gets the treats, he quickly carries them off, successfully completing his raid. Of course he thinks he outsmarted his mom, but little did he know, she was watching his every move!

McLaughlin posted the video on TikTok with the caption, “If she won’t get me a treat then I’ll get them myself.” The video went viral with nearly a million views and more than 55,000 likes. 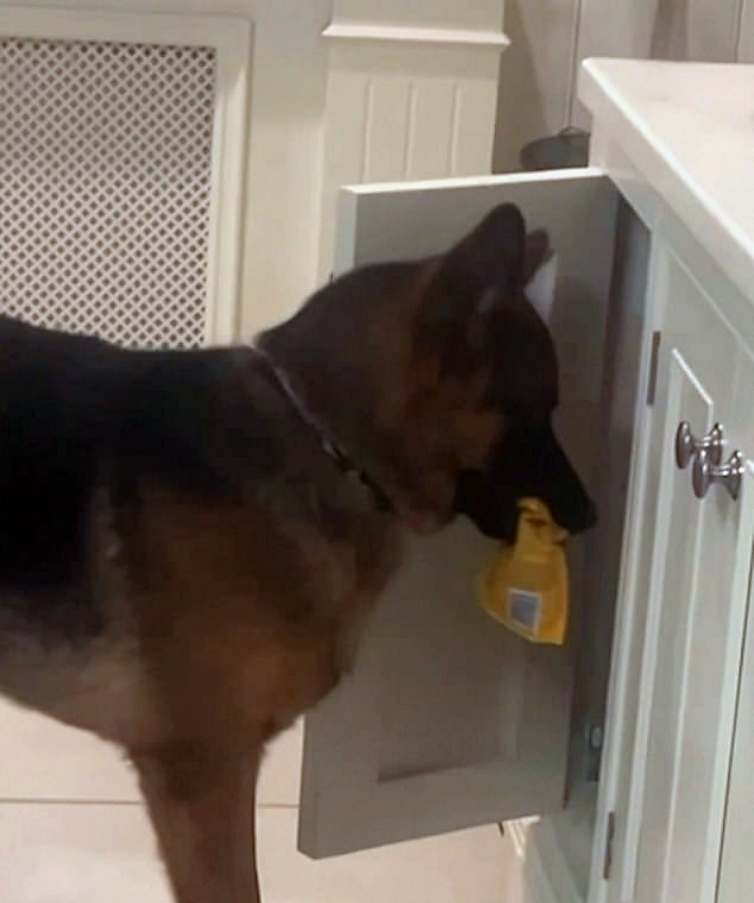 McLaughlin says this wasn’t the first time that sneaky Hunter has stolen the treats, so she has since moved them to a higher cabinet that he can’t reach.

Hunter is also a counter surfer, so McLaughlin says they always have to make sure there is nothing on the counter for him to grab.

Watch Hunter steal the treats in the video below: