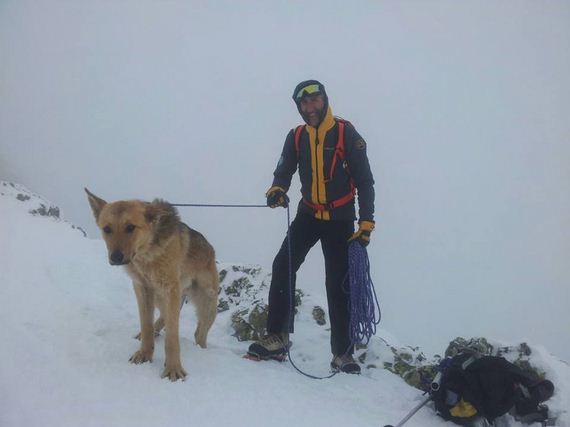 On March 15, 2015, a group of mountain climbers rescued a dog that had been lost for five days in the Curavacas mountains of Spain.

Tente Lagunilla, and avid climber and mountain rescuer, learned about the lost dog when a friend contacted him to say that on Saturday he had heard a dog barking near the mountain’s summit but was unable to locate the dog. When Lagunilla’s friend descended the mountain he went into town and inquired about the lost a pet. The man found the dog’s owner and learned the dog had been missing since Tuesday, March 10th. 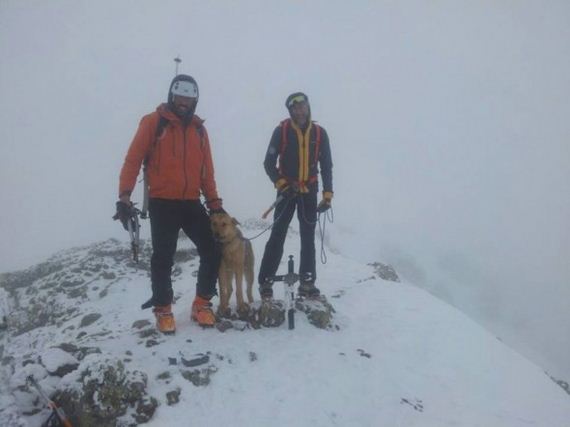 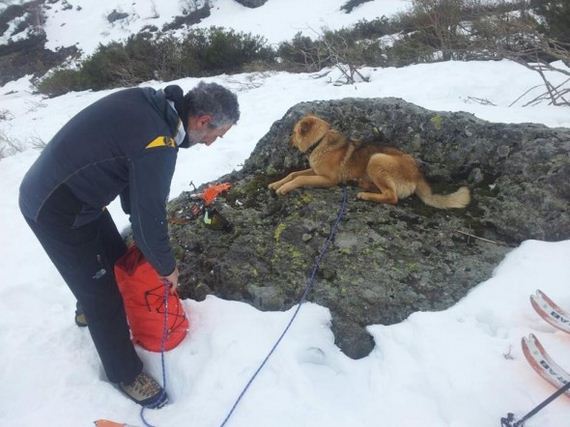 The following day Lagunilla organized a rescue mission, and with a team of seasoned climbers they headed into the mountains. Bad weather made the rescue risky, but after hours hiking through snow and ice, the rescue team came upon the tired, hungry and lost dog.

Lagunilla secured the dog to a leash, fed him and then continued the trek to the summit. It was necessary to go all to the top in order to access a safe road and trek back down to town.

Once rescuer descended, the dog was reunited with his thankful owner. The pet is now comfortably resting at home.