For residents near 10th Avenue and North River Drive in Miami, finding an abandoned dog on their streets is very common. Their neighborhood is just blocks away from Overtown, an area known for drugs, crime and dog fights. When an abandoned and abused animal is found, instead of turning them into animal control locals take it upon themselves to save them. They know the fate of the “unwanted” is better off with them than at the local pound. 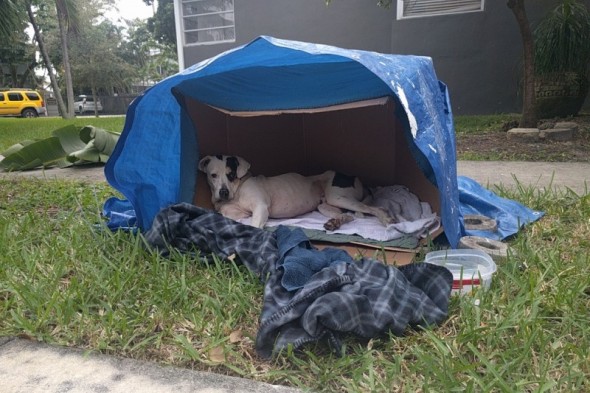 Just last weekend, Joey was abandoned on the streets with nothing more than a blanket and a plastic bowl with water. The loyal pet stayed on the very same spot he last saw his owner as if to say he is staying there waiting for whoever left him to return.

Community members knew no one was coming back to get him and that’s when they came together to save this pet. Rescuers told The Dodo that a neighbor dropped off a box Joey could use as shelter. As the weather turned rainy and cold another person draped a tarp over the box for additional protection. Others dropped off blankets and food and worked towards gaining his trust, but as expected he trusted no one and every time someone tried to approach him he would run away. 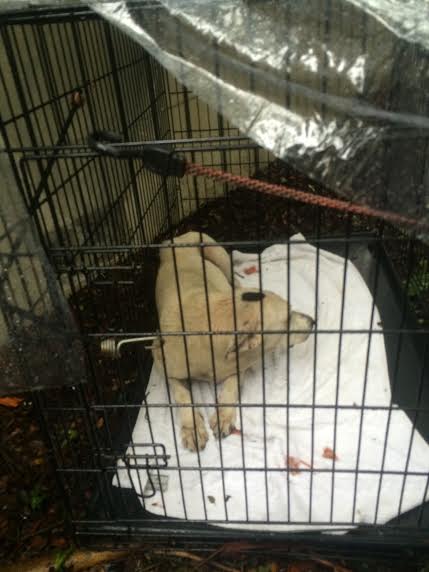 “None of us are professionals,” Julian Rovito says. “We need people to help us with potential fosters. We’re willing to help with vet bills and stuff like that. We’re all dog lovers.”

Just yesterday after four days on the streets Joey was rescued. He was safely captured and with the use of a crate he was transported to a veterinarian. Best of all, Animal Recover Mission stepped up to sponsor the dog’s medical costs. 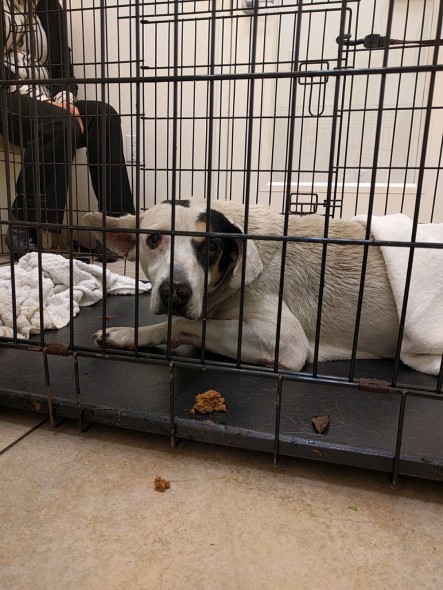 “Joey is at the vet,” said Rovito. “He pretty much passed out when he got to the run. The doctors didn’t want to probe him too much so they gave him antibiotics, flea/tick meds. He is getting a ton of attention and even gave a female handler a tail wag today!”

The once abused and unwanted dog will no longer go hungry or cold. From now on all he will now is love and this is all thanks to the animal loving community who helped rescue him.