Connor was rescued at just eight weeks old, when his family noticed that he wasn’t making any use of his back legs. They didn’t think that they would be capable of giving Connor the extra attention he would need to live a full, happy life, so they contacted Gateway Pet Guardians out of Illinois for help. They took him in and are proud to announce he is finally available for adoption! 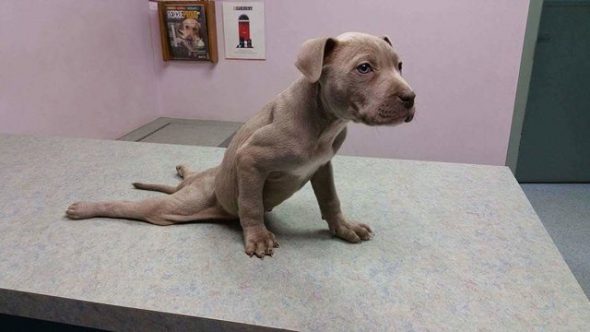 The people at Gateway thought that they had a “swimmer puppy” on their hands. For those unaware, swimmer puppy syndrome is a condition where a dog’s back legs are weak and underdeveloped. This actually would have been a better situation if it were a case of swimmer puppy, because at least most of the dogs with that reach a point where they can actually walk just fine on their own. 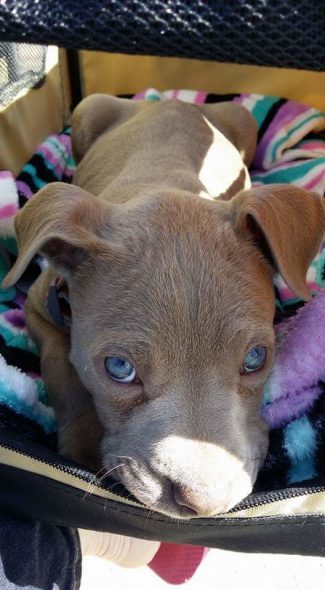 “With the proper therapy, these puppies will eventually be able to walk and run like a normal puppy,” said Jen Upton, Connor’s foster mom, to The Dodo.

His rescuers began taking Connor to water therapy in the hopes that it would allow him to strengthen his back legs enough to actually use them.  When Connor got to about twelve weeks old, they got a wheelchair for him.  That really seemed to help him get around better while he was still going through therapy. 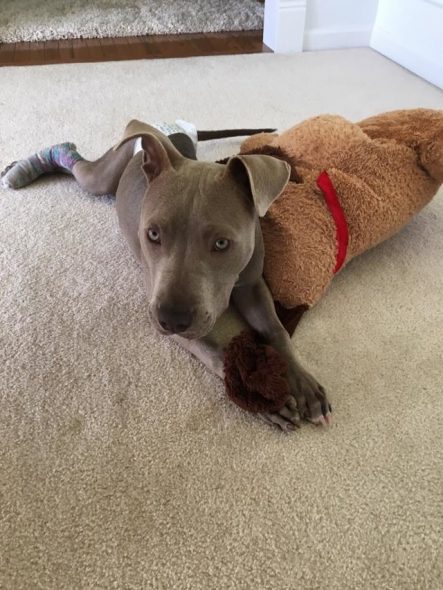 After a lot of effort over a few months, it was clear that Connor wasn’t making any gains towards being mobile without the chair. Had this been a true case of swimmer puppy, he’d be getting better by now. That’s when Gateway brought Connor to a neurologist, where it was discovered that the real reason Connor was unable to use his back legs was because of a spinal injury sustained when he was very, very little. In fact, it’s thought that Connor’s mom may have accidentally stepped on him, or laid on top of his back just enough to damage him permanently. 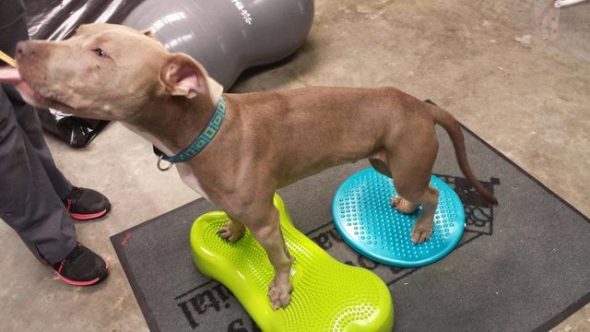 Now, the focus of Connor’s therapy is aimed at making sure his core muscles are capable of carrying the rest of him around. He’s in therapy three or four times in a week, and he works very hard with his therapists and his foster parents. He’s making gains in mobility very slowly, but there’s finally progress.

As one could imagine, this has been quite an ordeal for Connor to be going through in the short time he’s been alive. However, Connor’s foster parents say that he’s a very happy, and generally positive dog. Despite all he’s gone through, he loves going to therapy, and he loves being around his people. 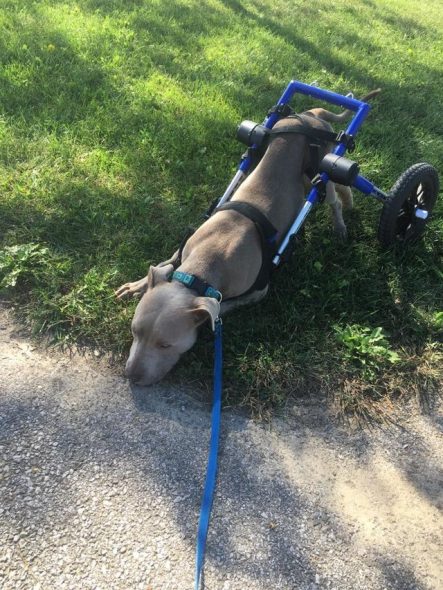 “He loves the attention and of course gets lots of treats to help motivate him to do his exercises,” Upton said. “When stretching his back legs, he will relax and sometimes even sleep. He is a wonderful dog and is so much fun to work with.”

Connor loves to be outside as well. He’s a very active puppy, who loves to play along with the other dogs he’s being housed with. He gets around great with his wheelchair, and when he’s indoors with his foster family, he gets around just fine without it, too! Sure, there are difficulties, but it doesn’t seem to faze him one bit. 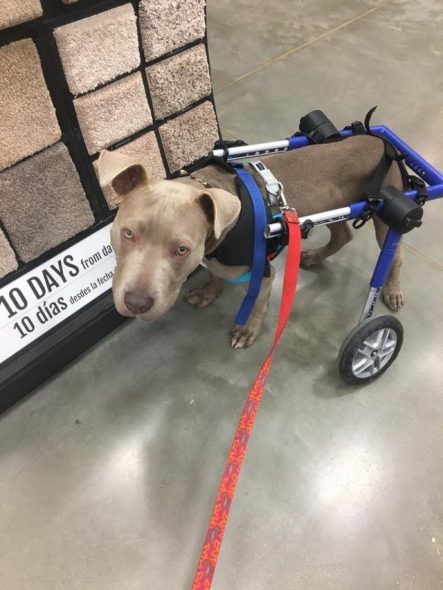 “His walk definitely is a little awkward and at times he will drag his back legs,” Upton said. “They sometimes get tangled up with each other, which causes him to start dragging them. Because of his therapy, though, he is strong enough to correct this on his own, and will stand back up once he gets his legs back under him.”

As mentioned, Connor gets along just fine with other dogs. According to his foster parents, he’s the perfect little gentleman. He also does fine with cats too, and is even very good with kids. His ideal home would have a family that is going to continue with his therapy, and give him all the love and understanding that he will need to be the best dog he can be. 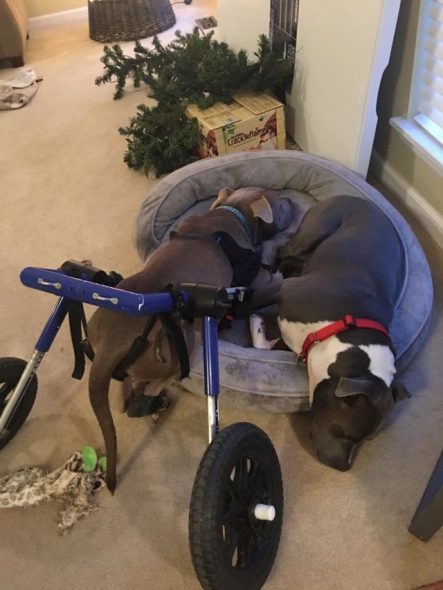 To see the Gateway Pet Guardians webpage, where you can find out more about adopting Connor or any of the other great dogs they have,