Deputy Earl Hanners was out on an 87 degree day in Atlanta, Georgia, when he got a call about a puppy abandoned in a box on the side of the road.

A passerby had discovered the box and opened it to reveal the puppy inside. The stranger lay the puppy beside the box, gave it some water, and called 911. 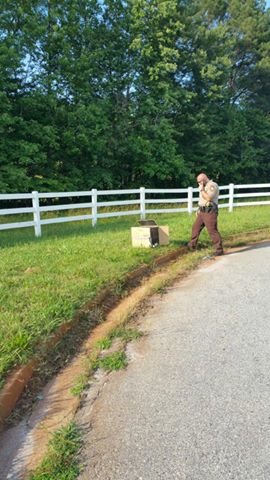 Officer Hanners was busy with a car accident at the time, so another cop responded to the call first. But Earl went to help the puppy out himself as soon as he was done. The puppy was still in the same spot beside the box. 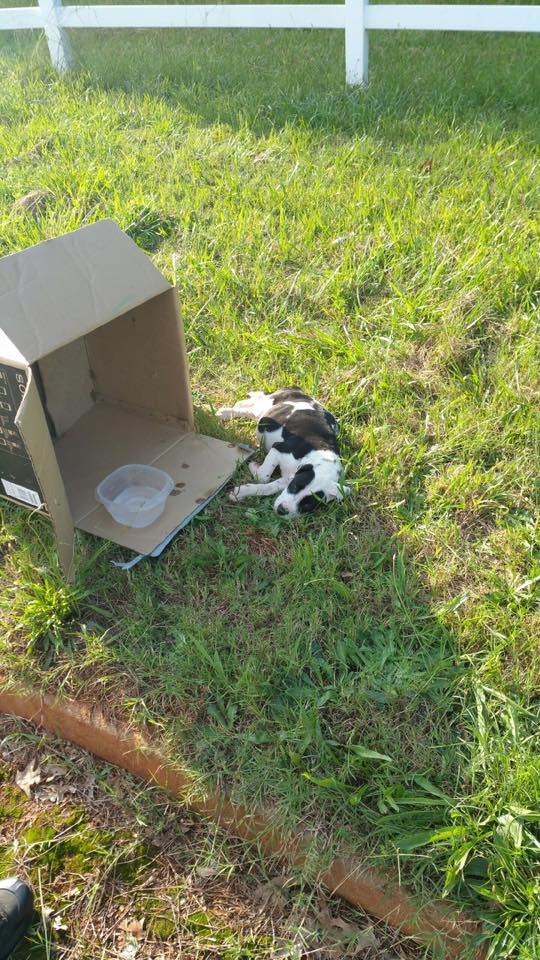 Hanners told the officer to cancel the call to animal control and that he would take the pup to a vet. He named her Bridget and took her home. 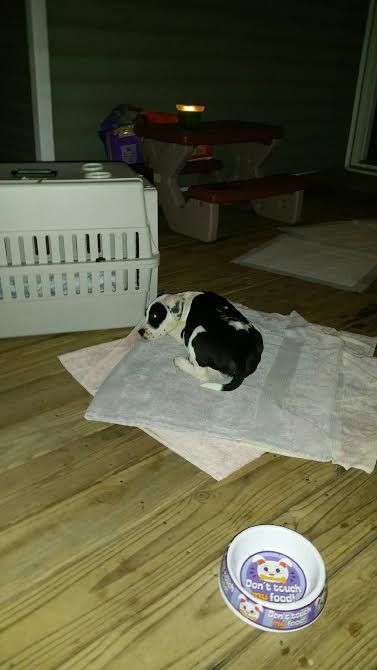 Hanners let the pup relax and recover from the heat. While Bridget ate some food and drank some water, he called the vet. 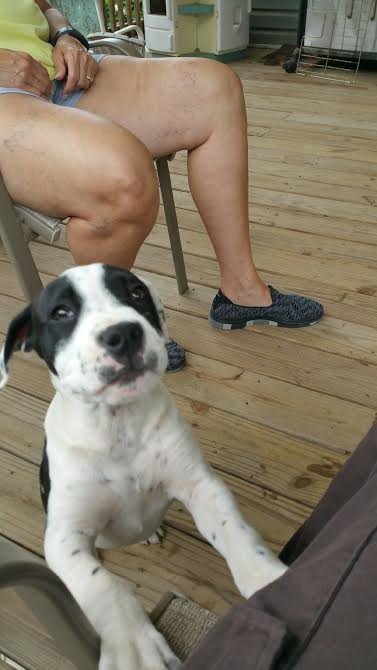 That’s when Earl realized he couldn’t let her go and decided to keep her. 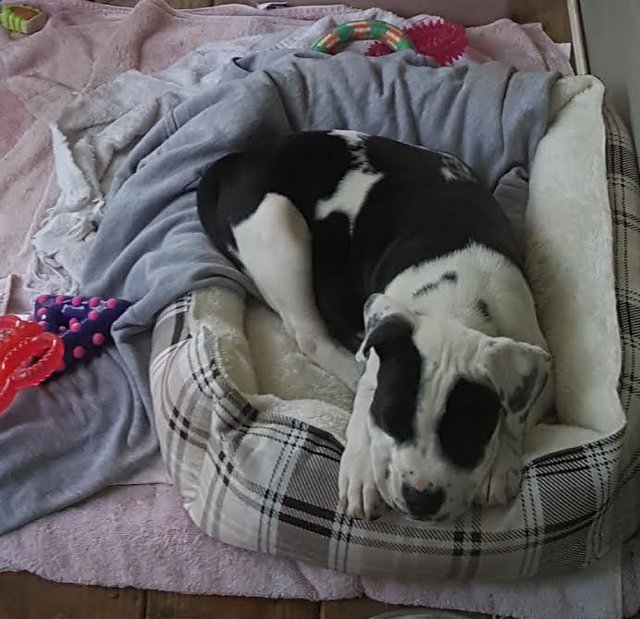 Bridget isn’t the first dog Earl has rescued — he fosters dogs for a local rescue group called Hounds in Pounds and currently has eight rescue Pugs. 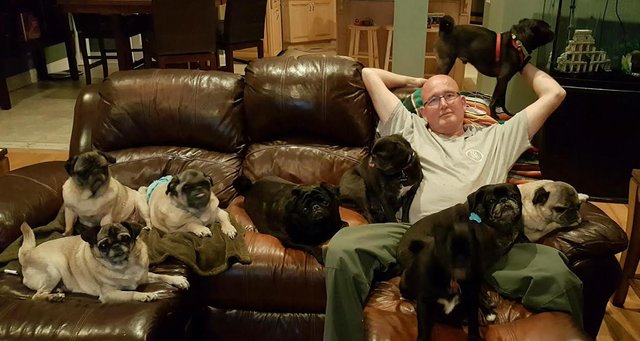 Before introducing Bridget to the others, he made sure she was checked over and vaccinated. 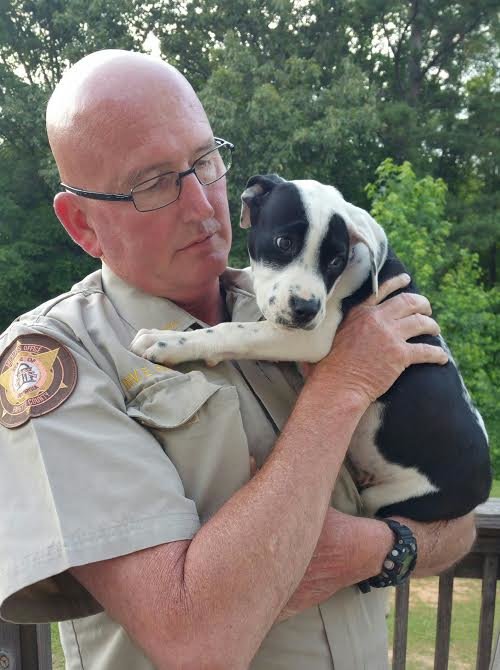 And now they are as happy as can be! They all get along very well and make one big, happy family.

No one has been caught for abandoning Bridget, but at least she’s in a loving forever home. And it’s all thanks to the big heart of Deputy Earl Hanners. 🙂