A couple in Greenbelt, Maryland, were driving home in a rainstorm when they spotted an amazing act of kindness. In the middle of the road stood a police officer getting drenched by the rain, but she couldn’t help but smile. And that’s because she was saving a life. 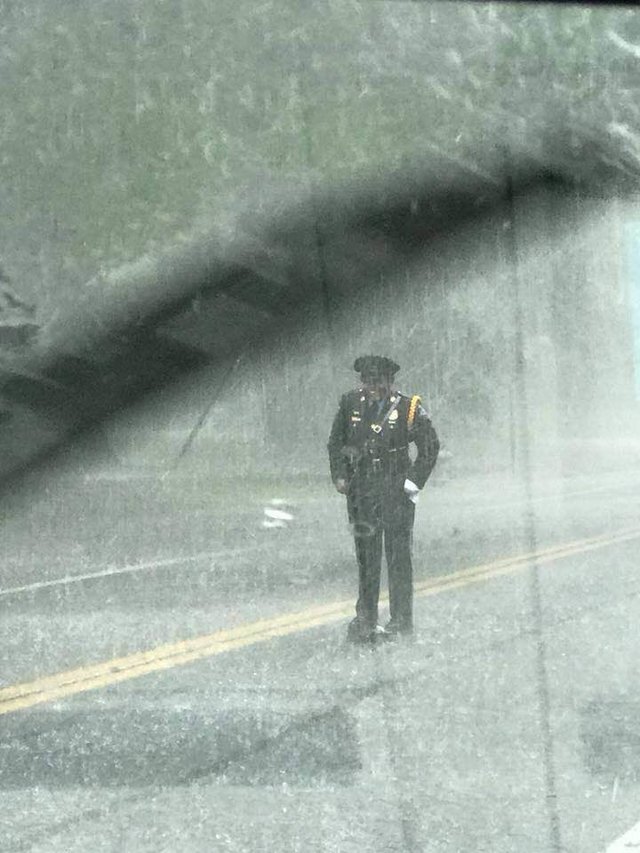 Carolyn B. R. Hammett and her husband thought maybe the road was flooding at first and that the cop was directing traffic, but they soon realized that wasn’t the case. When they got closer, they saw she was standing over something. 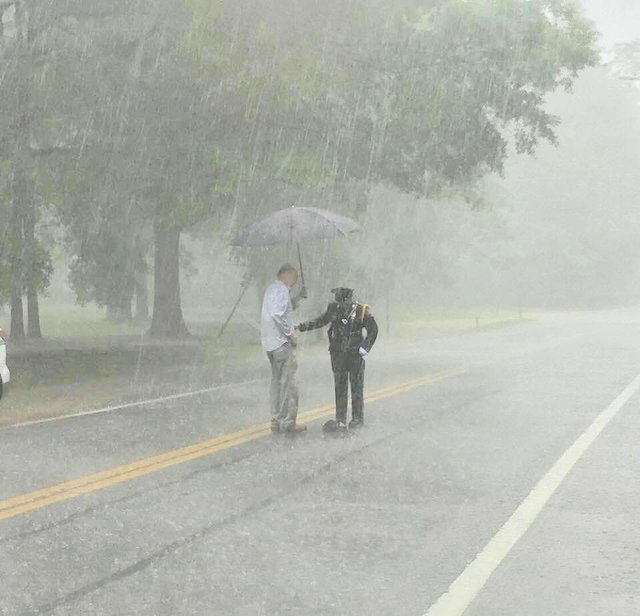 Carolyn saw that the officer was actually standing over a snapping turtle who’d chosen to rest in the middle of the road in the bad conditions. If it weren’t for the cop, there was a good chance this turtle could’ve been run over. But the officer was saving its life.

The couple couldn’t believe the selfless act they were witnessing, so they pulled over to get out and help by shielding the cop with an umbrella.

The officer had been on her way home from a ceremony when she got word of the animal’s situation. She called animal control for assistance, but they had yet to respond by the time the Hammetts showed up.

Carolyn and her husband ran home to grab some shovels to safely lift the turtle off of the road rather than making the officer stand in the rain any longer. The woman thanked the couple while still wearing her smile and went on her way. 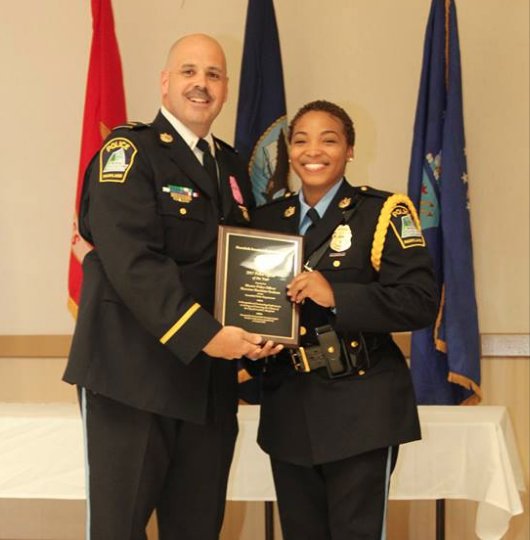 It came as no surprise to learn that the officer, Sharnise Hawkins-Graham, was named the Greenbelt Police Officer of the Year last October. As someone who clearly cares so much for even the smallest animals, she’s most deserving of this award. 🙂