A passerby captured a touching scene as Florida police officers comforted and rescued two injured pit bulls who appeared to be abandoned.

The dogs were found frightened in the middle of the street in the Orlando area when the Orange County sheriff’s deputies came to their aid. 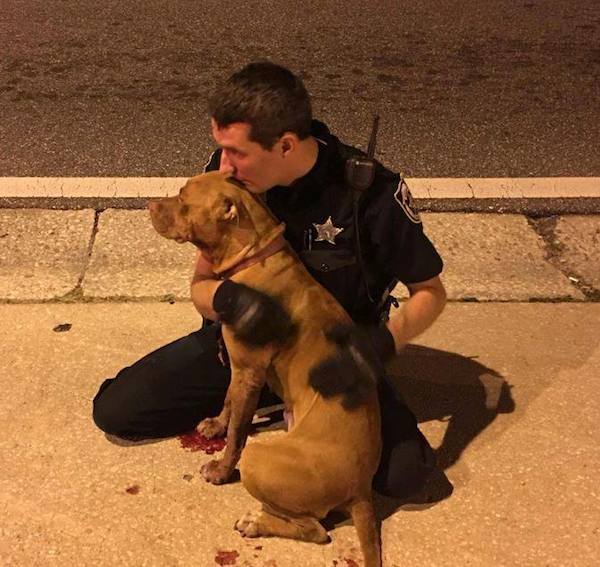 “Our deputies serve and protect the most vulnerable in our society, and often that includes animals,” Orange County Sheriff’s Office wrote on Facebook. “Early Thursday morning, two Squad 10 deputies from Sector 4 came upon two sweet-natured pitbulls–one had been injured and they both were scared.”

“The dogs were discovered in the middle of the road near South Orange and Oakridge Avenues. A citizen [Adam] sent us pictures of Deputy Boggs and Deputy Reed comforting the frightened dogs. 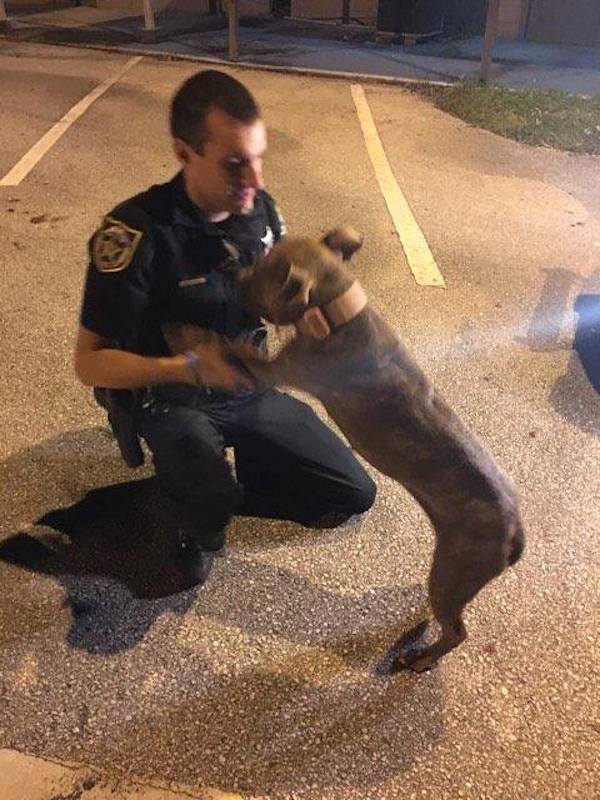 “The deputies stood by with the dogs until Animal Services arrived and they even applied gauze to the injured dog’s leg to stop the heavy bleeding.”

“These pictures I took depict a loving nature from our deputies and will tug at any animal lover’s heart strings. Thank you.” 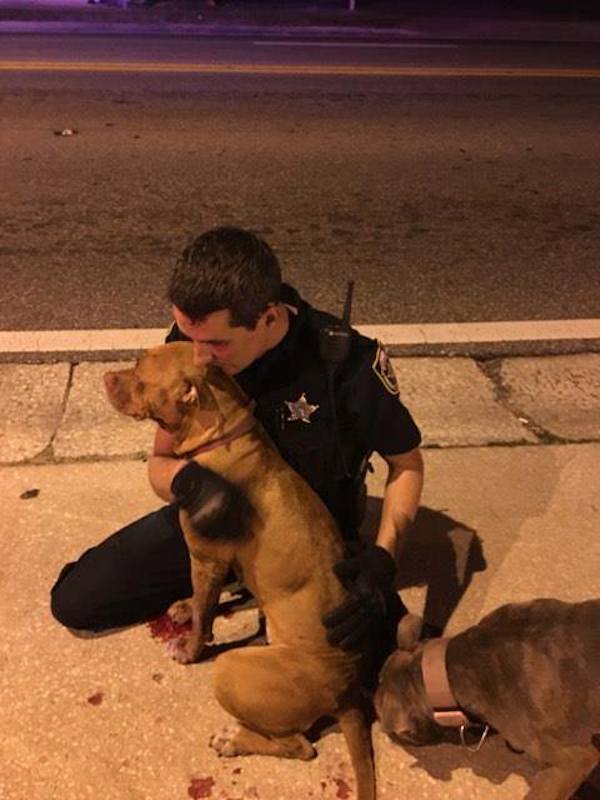 “The dogs are now at Orange County Animal Services where they are comfortable and being cared for. Well done, Deputy Reed and Deputy Boggs.”

The shelter has named the dogs Justice and Liberty. 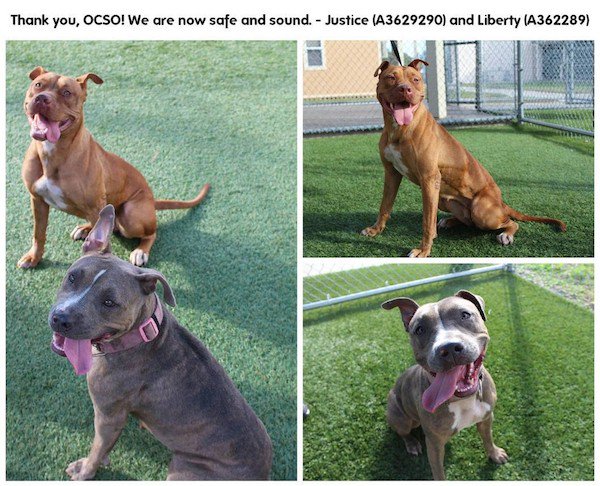 They’re not frightened as when they came in and are giving shelter staff lots of love. Justice and Liberty will be up for adoption when they are ready. Note: Since this story was first published, it appears the two dogs have since been adopted.