In Florida, two injured pit bulls had been abandoned and left on the streets to fend for themselves. A passerby snapped a touching picture of police officers comforting the dogs until help arrived. The dogs had been found in the middle of an Orlando street. They were frightened. Orange County Sheriff’s deputies arrived on scene and went to help the dogs. 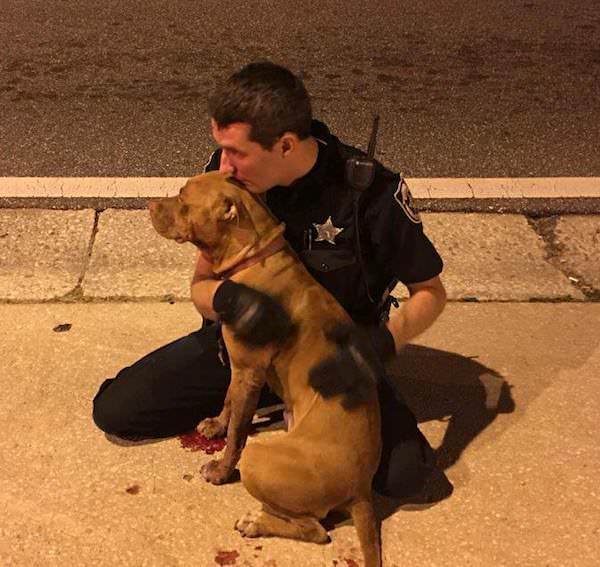 Orange County Sheriff’s Office posted a message on their Facebook page that said that two Squad 10 deputies from Sector 4 found the sweet-natured pit bulls early Thursday morning. One of the dogs had been hurt, and both of them were scared. A citizen, Adam, sent the department pictures of Deputy Boggs and Deputy Reed comforting the two dogs. 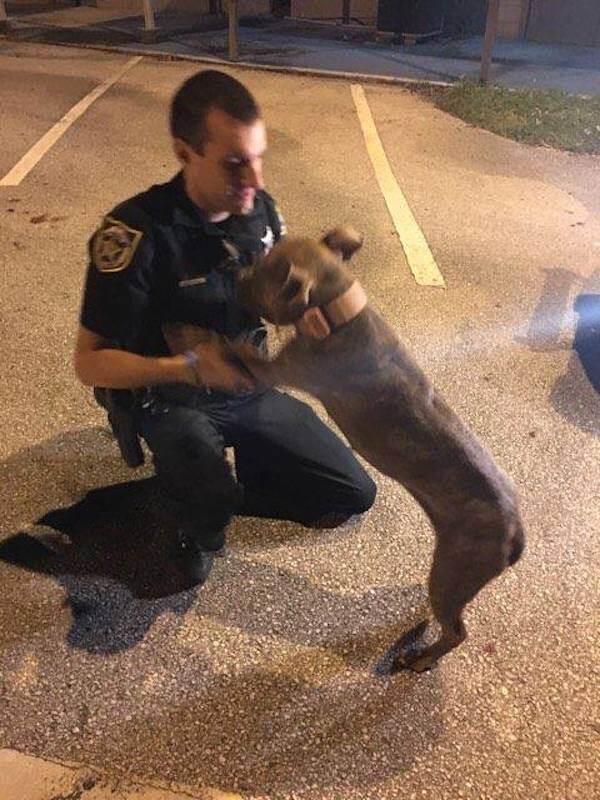 Adam wrote his own message and said that the two officers stayed with the dogs until Animal Services came and they even applied gauze to the injured dog’s leg to help stop the bleeding. Adam continued saying that he took the pictures and that they show the loving nature of the deputies. 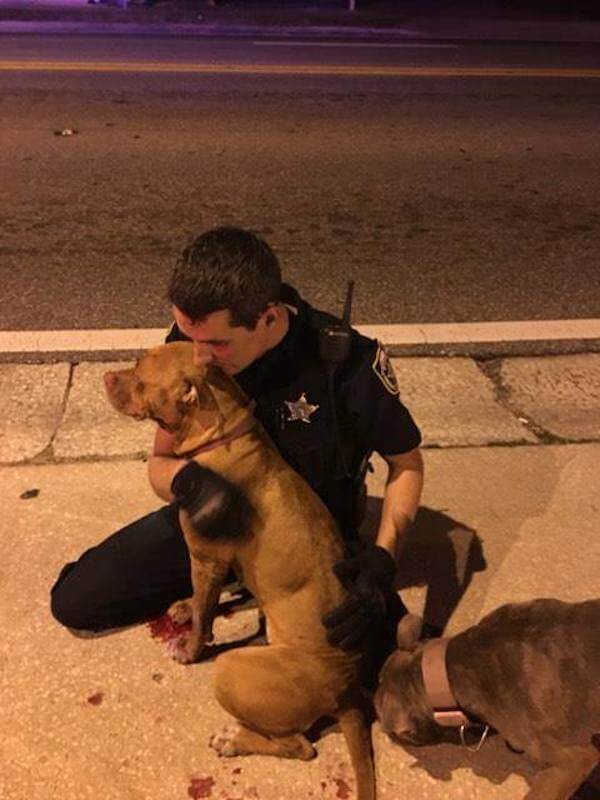 I think it also shows that not all pit bulls are aggressive and dangerous animals. Both dogs are safe and being cared for at Orange County Animal Services. The dogs have been named Liberty and Justice. The shelter reports that the two dogs are not as scared as they were when they first came in. Liberty and Justice are getting a lot of TLC from the staff! They will be up for adoption soon. 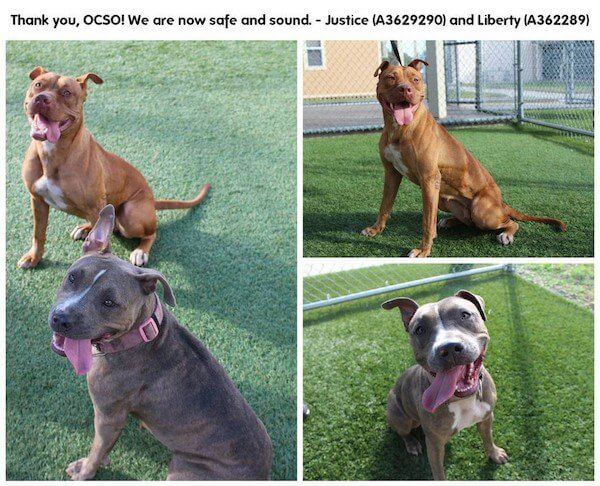