An elderly dog, 18 years of age, just hit the forever home jackpot with country music star Luke Bryan. The dog, named Poochie, was being cared for by Nashville’s Proverbs 12:10 Animal Rescue when Bryan and his wife ran across him on social media.

On February 11, the rescue agency recounted the good news with Facebook followers:

I don’t know of a soul who doesn’t love a happy ending. Well, get ready for your Monday smile because this is as good as it gets! Poochie, the 18 year old who was surrendered to the pound when his family became allergic and whom we pulled was expected to be a forever hospice foster with Proverbs ( like many others in our care), but God had different plans.

According to the rescue group, Bryan and his wife, Caroline, applied and adopted Poochie on Saturday – from now on, the dog, who was in a lonely dog pound a short time ago, will be living the good life on the Bryans’ farm. The rescue group said, “Who knows, maybe Poochie will inspire a country song!” 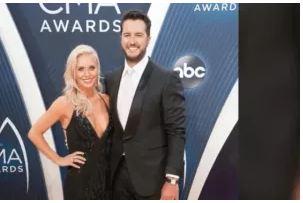