A family isn’t defined by how many children people have, but by how much love is shared. When a couple adopted a crotchety old dog named Bubbe from a shelter, they had no idea at the time that she would make them feel like a real family. Now this “grandma” is all smiles.

Amanda Herring and Greg Selz met when they were in middle school, but neither could have anticipated that they would be a happily married family years later. 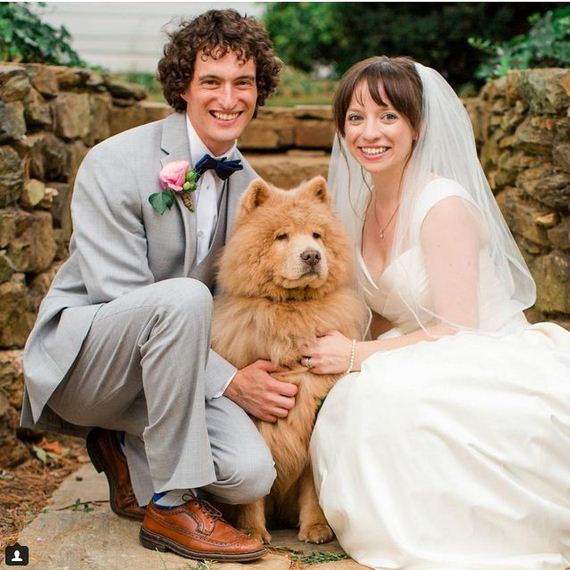 “We were friends, never dated,” Amanda told The Dodo. “I would have said you were crazy if you told me I’d be married living with Greg Selz 14 years later, and we’d have an old dog.”

They went their separate ways after school, but their paths crossed in 2010, and they spent the next two years in a long-distance relationship.  Finally last year they found a place close to where they’d grown up in Washington DC. 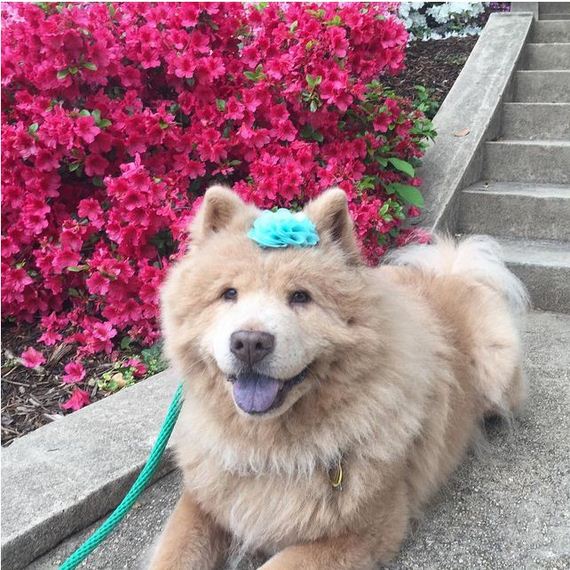 “Our first priority was to find an apartment where we could have a dog,” Amanda said.

She found an older chow on the website for the Fairfax County Animal Shelter, but when they went to visit, she had already been adopted.  However, her older sister Brendinie was still there and in need of a home.  She was in need of a bath, and wasn’t interested in visitors.  It would likely take a long time before anyone decided to adopt her. 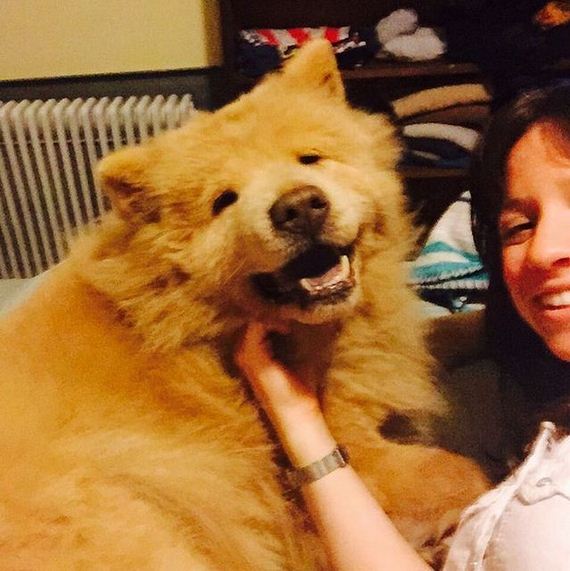 “She would need a lot of time to get adjusted, wouldn’t do well with kids, and was already probably nine years old.  Our hearts melted.”

Amanda and Greg adopted her and changed her name to Bubbe, which means grandmother in Yiddish.  They knew that the adjustment period would be a challenge, and for the first few days Bubbe wouldn’t eat and she snarled at them when they entered a room.  But the barrier broke down a bit when she took some baby food off of a spoon. 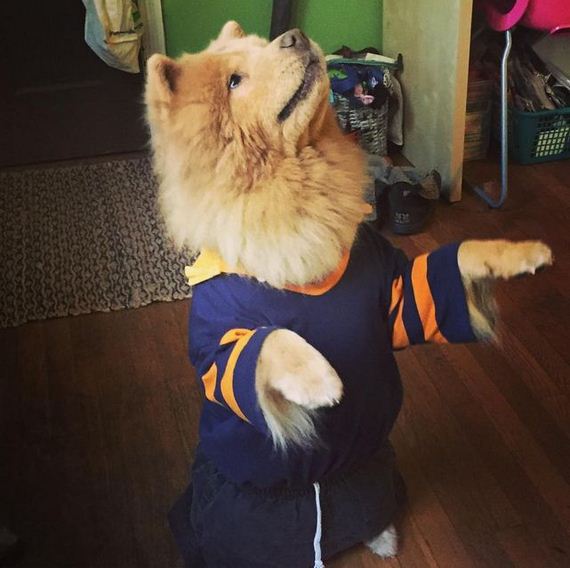 Their relationship grew as they worked on teaching her basic commands:  “She wanted to make us happy, and she was trying so hard,” Amanda explained.

Now that Bubbe understands she’s home, she’s a lot more comfortable.  She wags her tail when she sees mom and dad, and though she still is aloof towards strangers, she loves snuggling and has bonded with Greg’s mom’s dog. 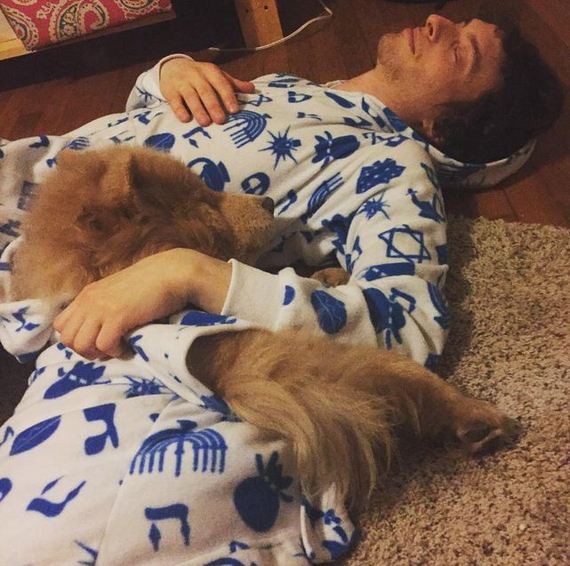 When the couple got engaged and started working on wedding arrangements, they knew they wanted Bubbe to partake in their special day.  But they understood her wariness of new people, and didn’t want to overwhelm her.

“She was right next to me all morning while I did my makeup, got dressed and got my hair done,” Amanda said.  “We took her out for a walk during dinner.” 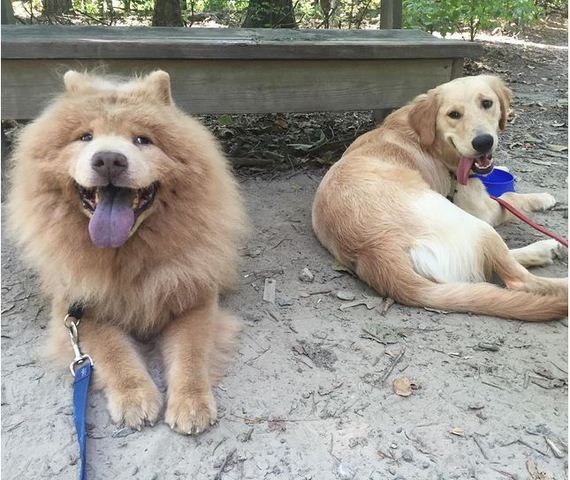 She was also in a few photos, which are certainly mantle-worthy.  Having Bubbe isn’t effortless, because she isn’t in the greatest of health and needs vet visits and numerous walks per day, so the couple cannot come and go as they’d like, but they aren’t bothered.

“It sounds like a chore, but it’s actually what makes our lives more meaningful,” Amanda said.  “Before Bubbe, it was just the two of us,” she says. “She’s made the two of us into a family.” 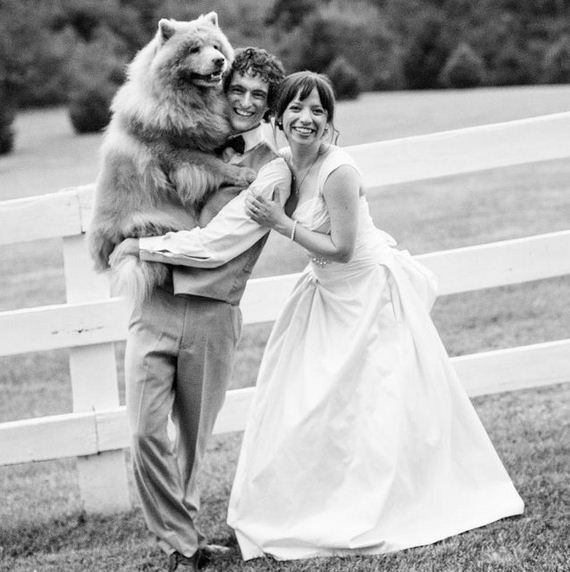 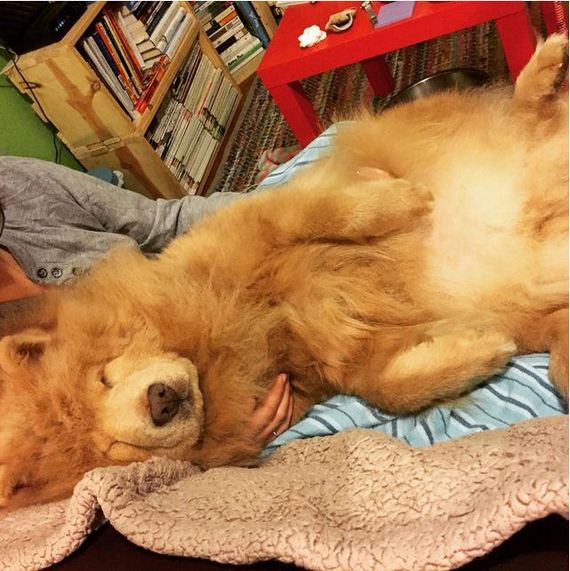 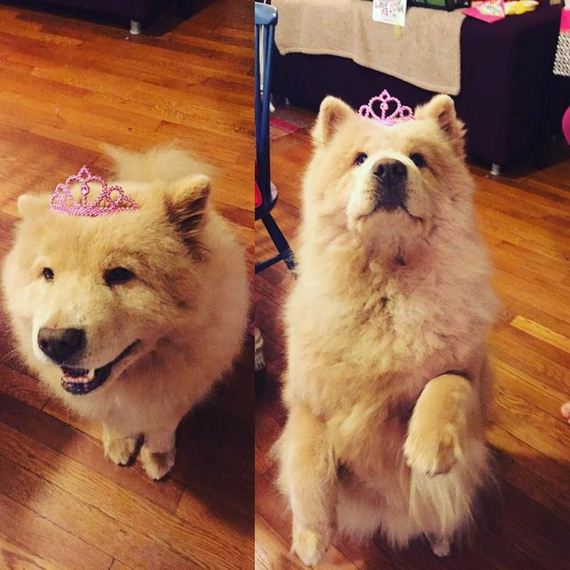 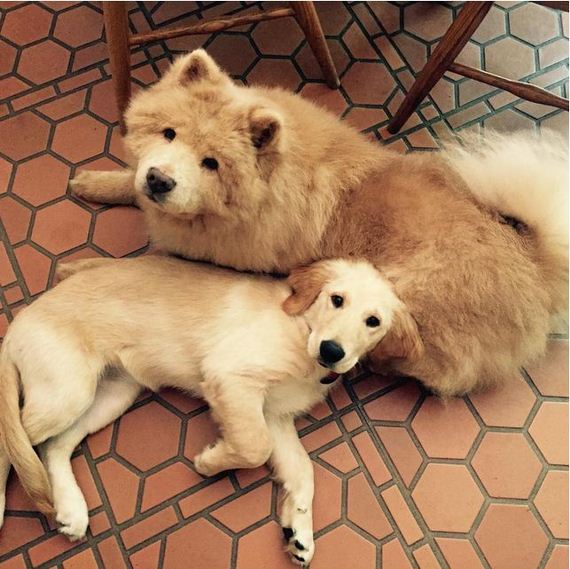 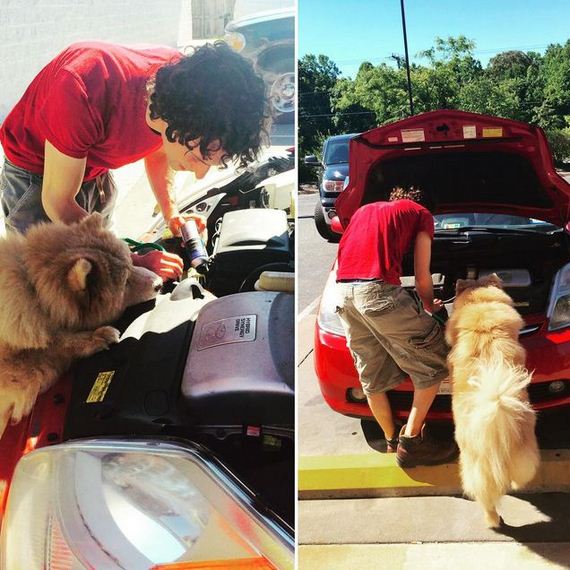 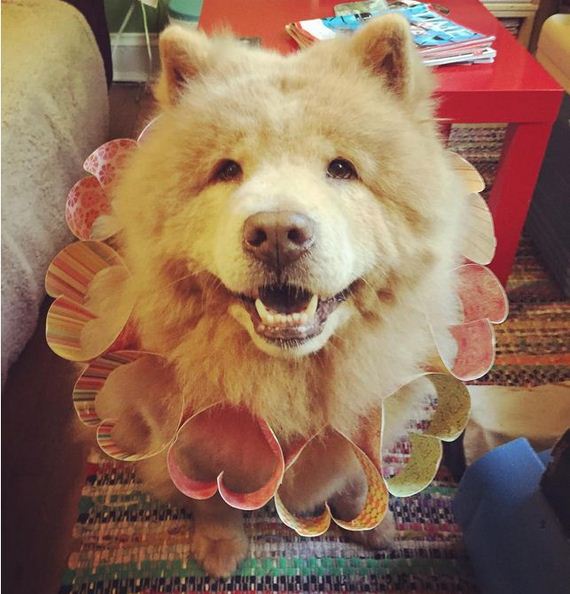