A young couple went to the shelter to donate things they’d collected from their community, but when they saw 17-year-old Rocky, they had to have him. The next thing they knew, they were leaving the shelter with a dog! The following was posted to the Friends of Anne Arundel County Animal Control, Inc. Facebook page:

As you can see from the big smile on his face, life remains good for Rocky, the 17-year-old dog recently adopted from AACAC by a young Ft. Meade couple. They’ve discovered that, along with walks, naps while they are gone and sticking tight by their sides when they’re home, Rocky loves Frosty Paws, an “ice cream” for dogs, which he gets as an occasional treat. He’s got a few old man issues, including sometimes peeing in his sleep, “but no biggy — we have started putting doggy diapers on him at night so when he can’t wake himself up he will be fine until the morning,” his adopters report. They’re determined to make his time with them the best it can be, as his new mom wrote in a moving promise to Rocky: 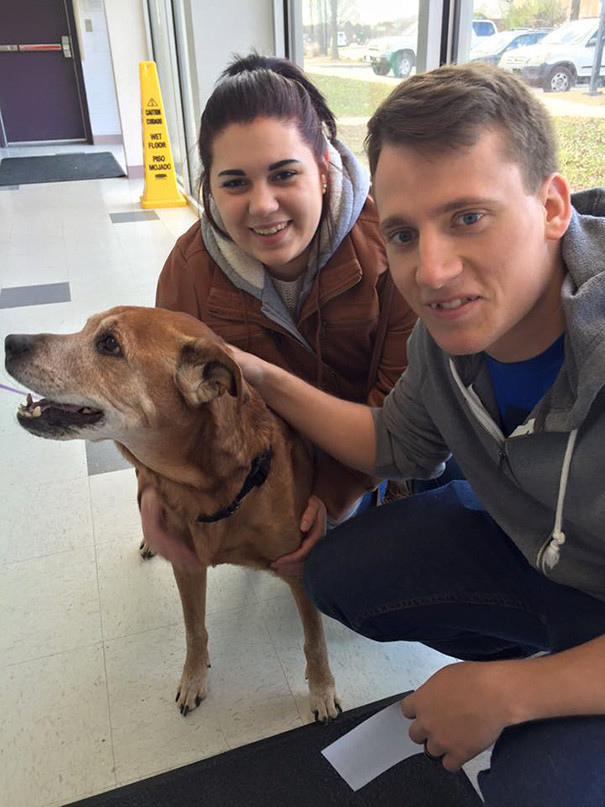 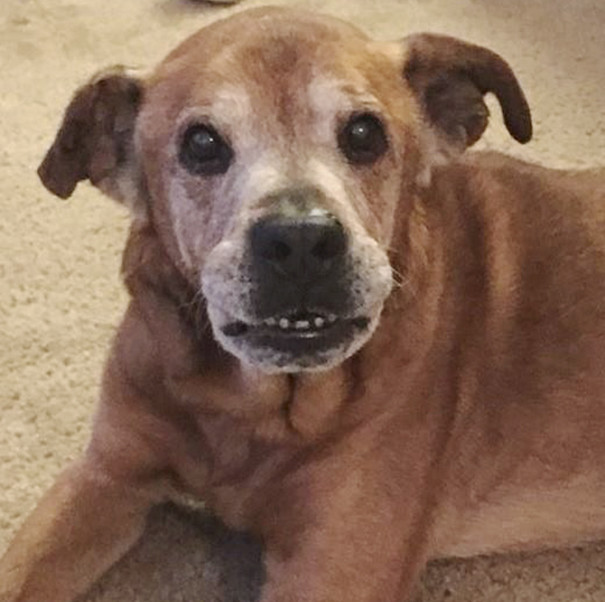 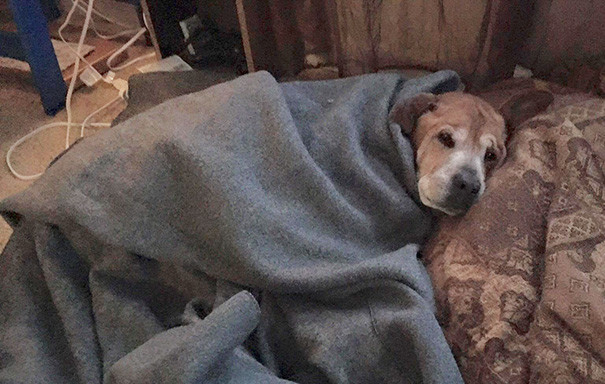 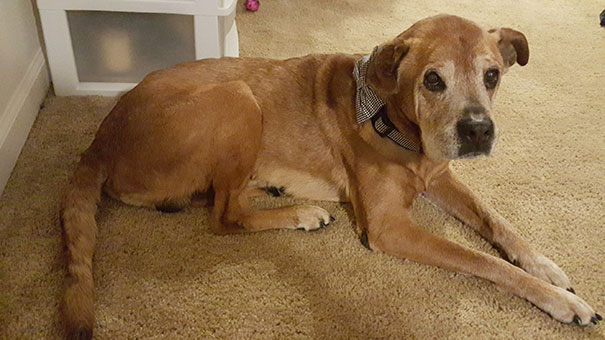 “I knew one day I am going to have to say goodbye to you. But until then you are the best gift I have ever gotten” 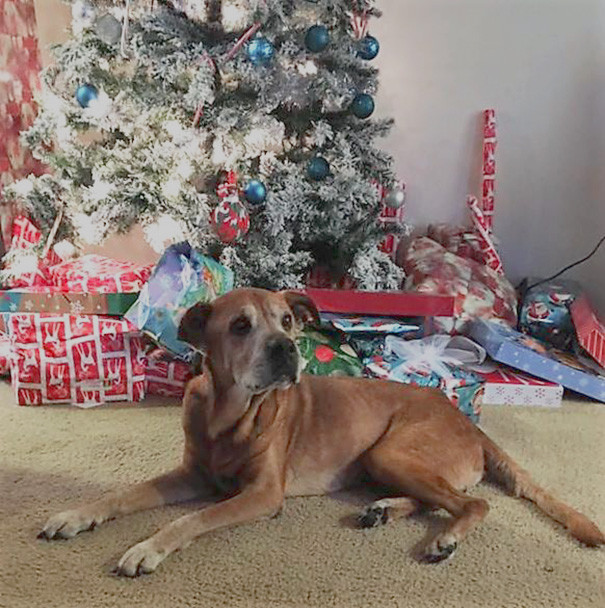 “I’m really sad I couldn’t give you the best 17 years you deserved but I promise you’ll have a great life from now to the day I have to say goodbye!” 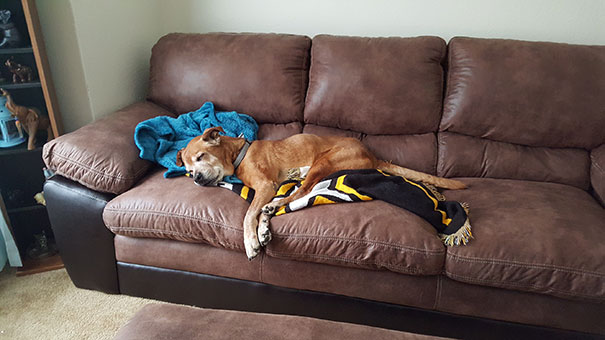 Many thanks to this couple for making the rest of Rocky’s life the absolute best it can be! 🙂