Daisy is an arson dog in New York, but for a year she lived with Maddy Erba and Al Heritier in Michigan.  When the couple got married, they wanted Daisy to be a part of the ceremony, so they flew her in for their special reunion.

Al is a lawyer and Maddy just recently graduated from Michigan State University with a degree in veterinary studies.  Daisy was part of the State Farm Arson Dog Program through Paws With a Cause and spent about a year with the couple.

“Maddy was at MSU and she decided it would be good experience for her and her career to foster a service dog. She and Al had been dating about six months at the time. They took her on together, and she kind of became her four-legged baby,” Angie Harrier, State Farm media relations spokeswoman, told Detroit Free Press. 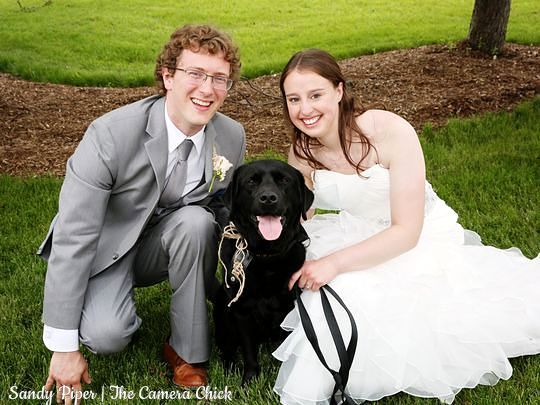 They brought Daisy everywhere they could, including to movies, restaurants, and Maddy’s classes.

“She was an integral part of the growth of their relationship, and that’s why it was important for them to have her at the wedding,” Harrier said.

Daisy is now trained as an arson-detecting dog, and flew out to Ypsilanti for the wedding with detective John Peters of the Westchester, NY Police Department.

“Daisy the arson dog has many credits to her name, including finding evidence of arson in multiple investigations and even helping to solve a homicide,” the department said on Facebook. “Today she added a new credit to her resume: ring bearer at a wedding.” 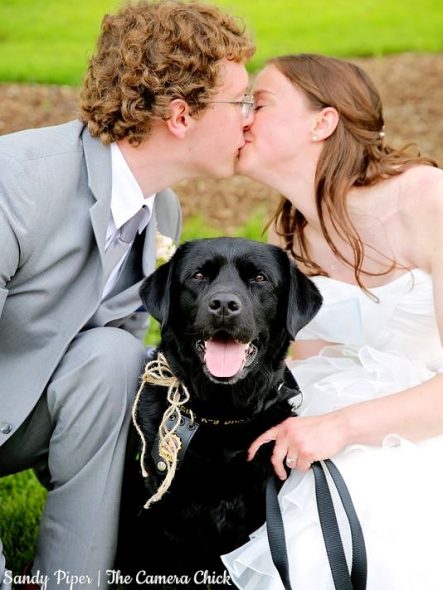 The newlyweds went on honeymoon in Hawaii, and Daisy had to get back to work, but they were delighted she had been able to make it.

“Thank you to everyone who came to our wedding to make it truly spectacular,” Maddy posted on Facebook. “We are so grateful for all our friends and family for supporting us and loving us. Thanks for being merry and dancing all night long!!!”

“We want to give a special shout out to Detective Peters, State Farm, and Daisy for helping make our dream come true.  We love all of you so much!”