When Una Geiger and her husband rescued Samara, they knew that the dog was close to death. She looked like a zombie dog, riddled with mange and having been badly abused and neglected. They knew that if she had continued to live on the streets of a Moldavian town, she would likely not survive. Chances were she’d be beaten to death, gassed or run over. 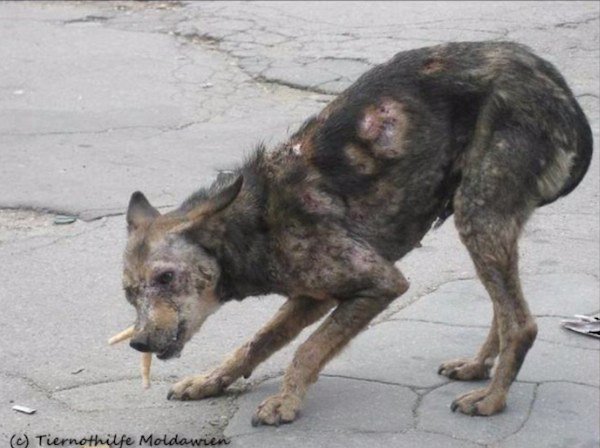 The loving German couple are experienced fosterers and have rescued many badly abused and neglected dogs. They decided to take in Samara and give her the care and love she would need to recover and heal.

Her amazing transformation demonstrates the power that love and compassion has to transform an animal with a broken heart and body.

From our Archives, here is Samara’s incredible rescue story as shared with us from Una:

“Two years ago my husband came across a photo that not only shocked him but also rocked his world. He knew that this little dog was on ‘death’ door’ – if she continued to live on the streets of Chisinau, Moldavia she would be beaten, gassed or run over and if she were to be rescued it might be more merciful to put her down gently. Thus, Samara formerly ‘Cocoshka’ came into our life. 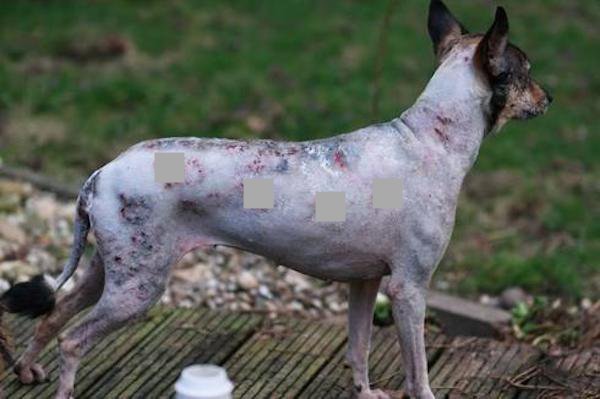 “She was suffering from severe demodex mange and looked more like a zombie dog than a normal pup. Additionally, due to the abuse on the streets of Chisinau, she was panic stricken and aggressive.”

“When she arrived, our pack of three dogs (all rescues and either former “panic” dogs [dogs with high anxiety] or with disabilities) greeted her and calmed her down considerably. She lived in a pack on the streets, so she was used to living with other dogs and soon she slipped into the pack structure as if she had been born into it.”

“Dealing with us humans was a whole different matter. Walking, moving, even raising one’s voice to call the dogs back, it all made her fearful and she cowered.” 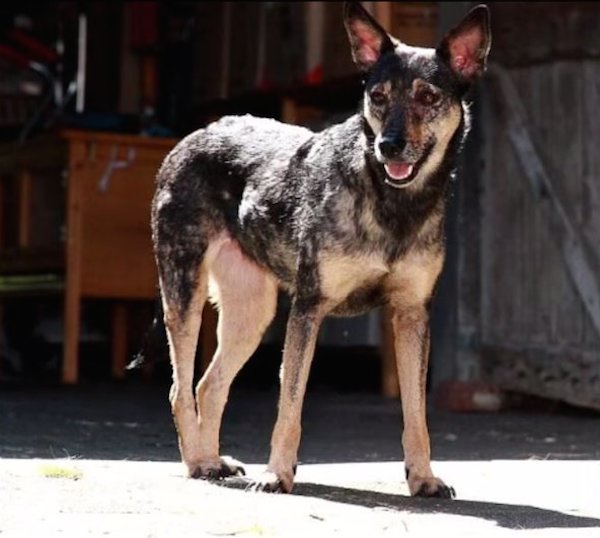 “Caring and dealing with the mange was a struggle. She had to be shaved and besides her medicinal baths, she had to be bathed three times a day due to the severe, puss-oozing bite wounds that were revealed once she was shaved.”

“So we decided we needed to restore her health first before we started dealing with her mental issues, which in hindsight was the best decision we could make for her.”

“With us, she was not expected to heal quickly so she could move to a forever home. We gave her all the time she needed to get used to her new situation in life, to watch and observe how we deal with our own dogs, to learn that a raised voice or a laugh or even a sudden movement doesn’t mean abuse and pain.” 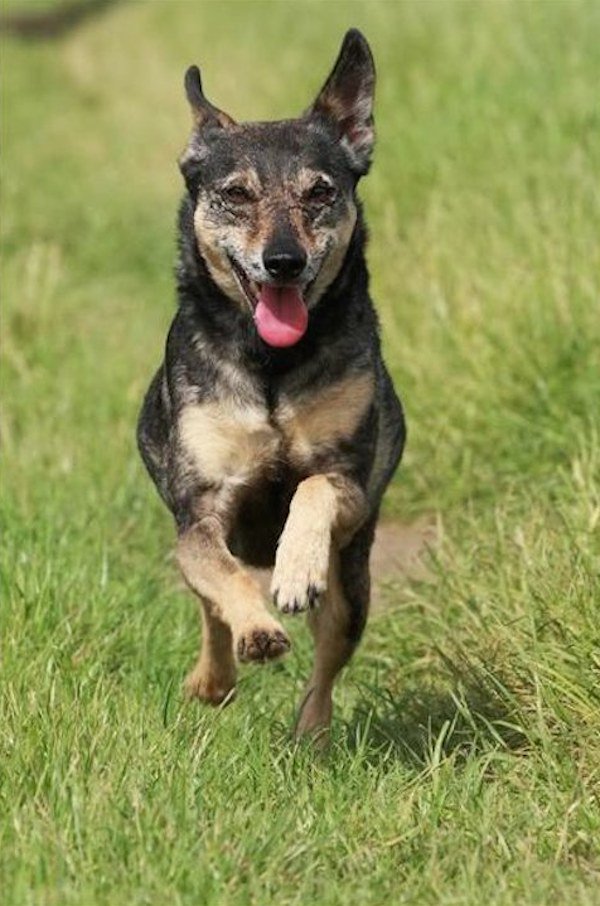 “Despite all this, we knew that she will never become a typical dog. Her issues with humans are far too big and she is now an official and permanent part of our pack. She is still very shy, doesn’t like to be touched and walking on a leash is impossible. But she has bonded with our dogs and walks with them and even responds better to commands than our trained dogs.”

“The demodex is gone now, the bites have healed and little by little her soul heals as well as she greets us with wagging tail and a shy snuffle anytime one of us returns home.” 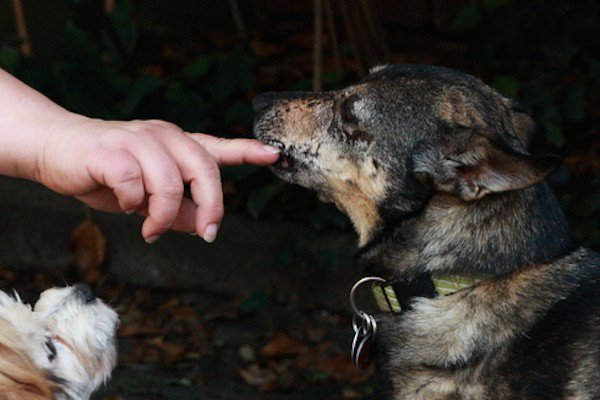 “She has become one beautiful little dog girl, despite the scars on her face and on her soul and with every day she lives with us, she opens up more and more.”

“In the past two years she has come a long way and she is still learning and adjusting. Everyday she has a big smile on her face and she even likes to get touched and enjoys our company. And who knows if one day she will just cuddle up to my husband or me on the sofa and get cuddled like the rest of the pack.” 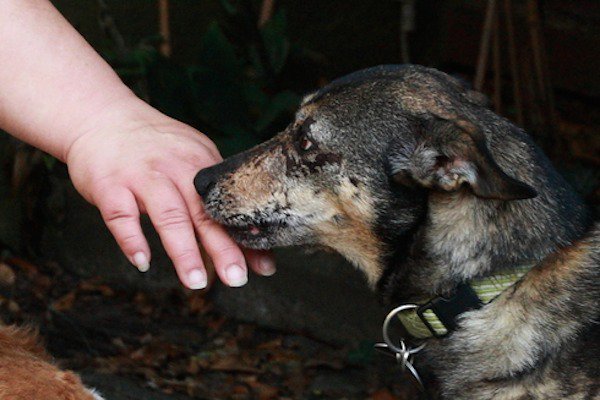 A week after Una wrote this, Samara let Una pet her for the first time. She came right up to her outstretched hand and let Una touch her head and chin.

We’re sure she’s made amazing progress since then and are so happy and relieved she found the Geigers who knew how to take care of her.