The debate is still out: dog or coyote? Christina Eyth was asking herself the exact same question when she noticed that there was a sick animal in her backyard one day.

The animal was hairless, so it was hard for her to tell if it was a dog or coyote, but what she did know was that it was a canine of some kind – and it desperately needed help.

The woman lives in western Pennsylvania, and she discovered the animal by following its paw prints from the outside of her front door all the way to where it was hiding in her yard. 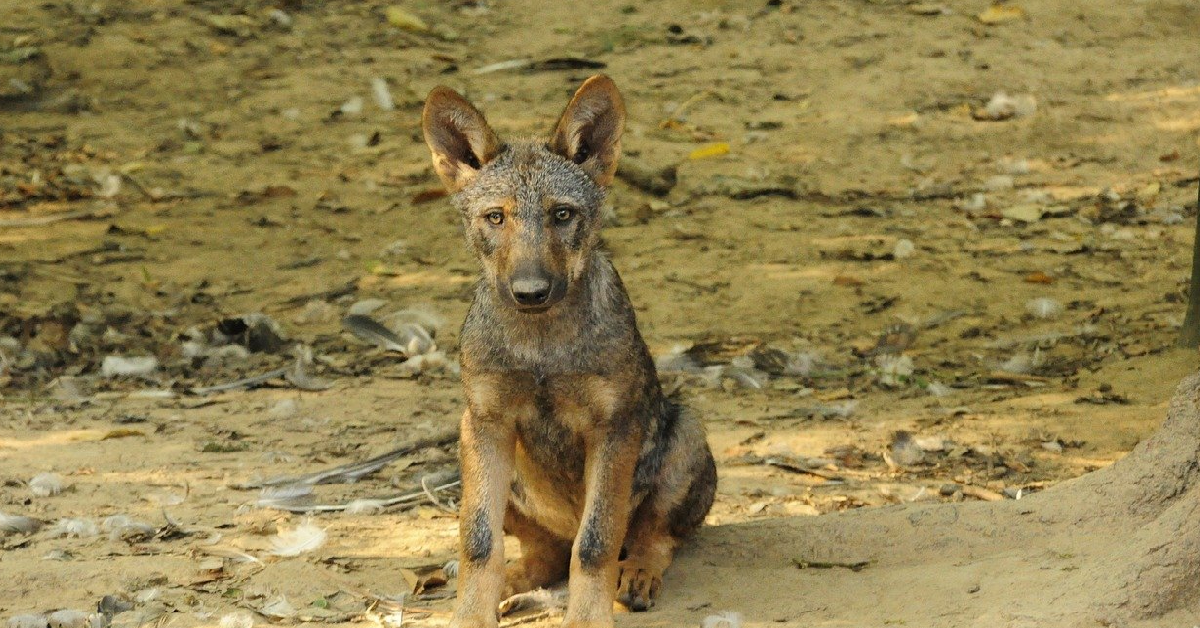 As she said to Pittsburgh’s WPXI-TV, “I wasn’t quite sure but its behavior, it was scared and it was cold and all I could think about was this animal needed help.”

It took her a little while, but she was able to coax the timid and sick animal down into her basement before getting in touch with Tj’s Rescue Hideaway – a foster-based rescue group that takes in both dogs and cats and rehabilitates them.

The rescue arrived, and they were also puzzled as to what the animal could be. They knew that the animal definitely had mange, but they couldn’t tell if he was a dog or a coyote or a mix of either coyote and wolf or coyote and dog – also known as coywolves and coydogs respectively. According to the Philly Voice, in recent years there has been a rise in coyote mixes. 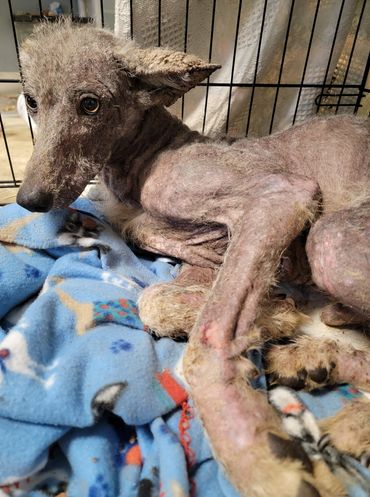 Stumped, Tj’s Rescue Hideaway then got in touch with WildLife Works Mount Pleasant regarding the animal, and so Morgan Barron arrived on the scene to observe the canine.

Barron then explained to the different media outlets, “Behavior-wise he’s very timid, very scared and not aggressive at all, which makes me lean toward dog.”

While Barron believes it’s a dog, both WildLife Works Mount Pleasant and Tj’s Rescue Hideaway figured it was better to know for sure and decided to have a genetic test done on the animal. The results are pending in a few weeks, though TJ’s Rescue Hideaway did call the animal a coyote in a Facebook post. 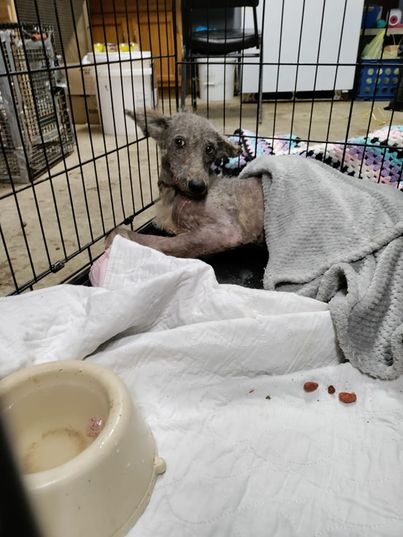 Despite the animal’s test results still being a few weeks away, the internet has been buzzing with much speculation. A lot of people also believe that the canine is probably a coyote just based on the eyes and snout. However, others point out that the animal’s timid and shy nature means it’s probably a stray dog.

As of January 23, 2022, Tj’s Rescue Hideaway posted the update to say, “He is looking and attacking like a coyote everyday. He hasn’t done anything to indicate he is a dog.” 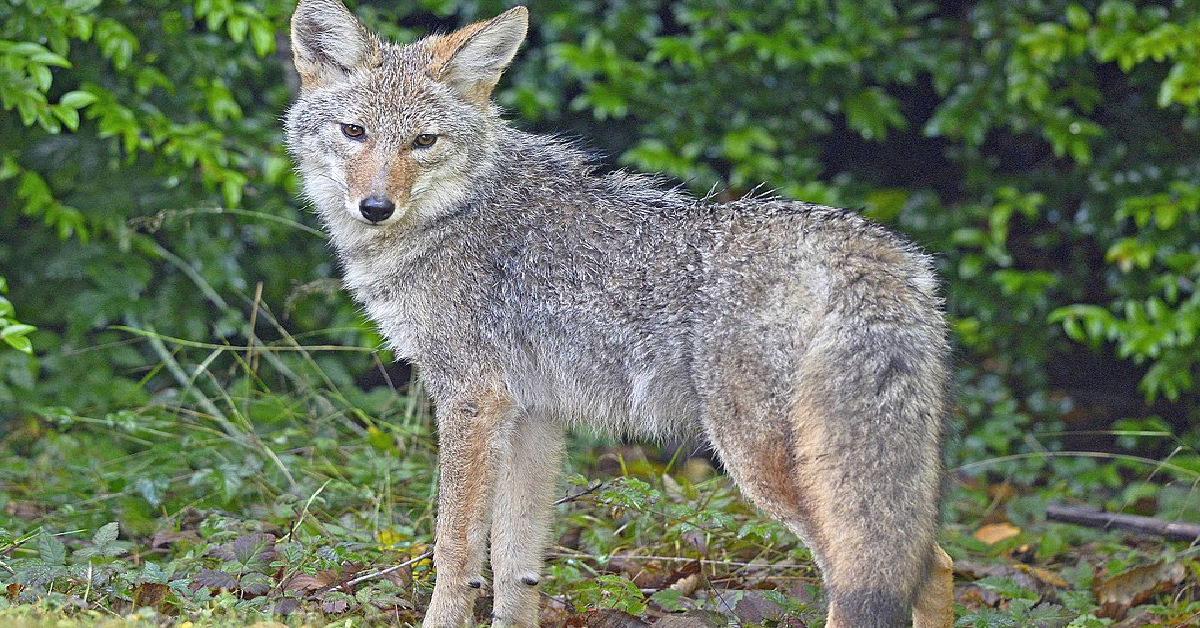 The rescue then added, “The odds of him being of all things greyhound are 1000 percent unlikely…[ed note: some people’s speculation]. Maybe a GSD or half husky…But he has actual patches of fur on him that match the coloring of a coyote.”

Still, until the DNA comes back with a definitive answer, the debate will continue over what it is. And if he does happen to be a dog, Eyth has already informed The Dodo that she will happily give him a forever home – assuming they find the animal again! 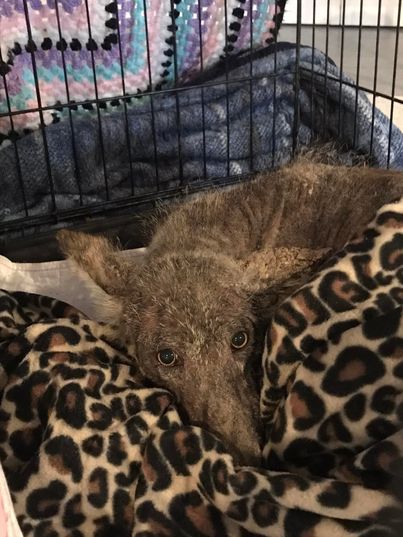 While staying at a wildlife facility and receiving treatment for mange, the mystery animal escaped, according to News Nation Now.

“There has been people out everyday and even part of the night looking for him. We still haven’t given up on him yet. Praying he is found or will return,” Christina shared in a Facebook comment.