With 160 dogs in the cargo hold, a small plane made the long trip from Arizona to Delaware. The dogs were anxious and nervous after a long flight, but they’re now on their way to better lives thanks to Brandywine Valley SPCA and Wings of Rescue.

Wings of Rescue is an all-volunteer organization that is dedicated to moving homeless animals out of overcrowded shelters and into areas where they have better chances of being adopted. This is the second time they’ve worked with Brandywine Valley SPCA, and together, they’ve helped save a total of over 360 animals. 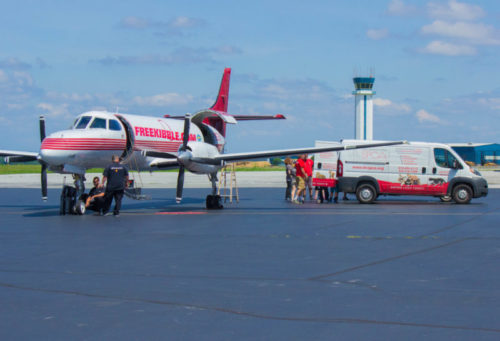 This latest airlift rescue came just in time. Without outside help, all 160 dogs were at a high risk of being euthanized simply because their Phoenix shelter didn’t have the funds or resources to care for them. To save their lives, Wings of Rescue organized the airlift to transfer the mainly small breed dogs to Delaware where they’ll be more likely to be adopted.

“Small dogs are very popular in that part of the country, especially breeds like Chihuahuas and Terriers, and there are more homeless small dogs than adopters. This is almost directly the opposite of here in the tri-state area, where we see mostly large dogs in shelters.” 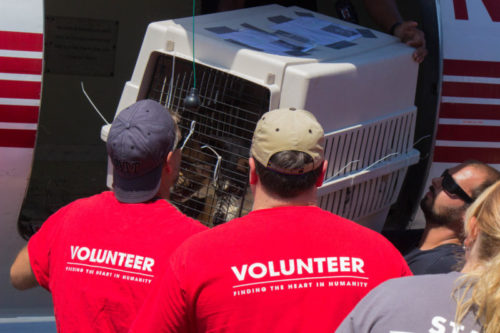 The small dogs were packed, sometimes two to a crate, to fit as many as possible onto the small plane. They were met on the runway by a team of volunteers who were there to escort them to their new shelters. The first dog off the plane was Junior, a cheerful Chihuahua mix ready for a second chance with a good family.

Out of the 160 total dogs, Brandywine Valley SPCA will take 100 into their network of shelters in Pennsylvania and Delaware, and a shelter in New Jersey will take the remaining 60. They’re currently being checked over by veterinarians, and they’ll be ready for adoption as soon as Saturday. 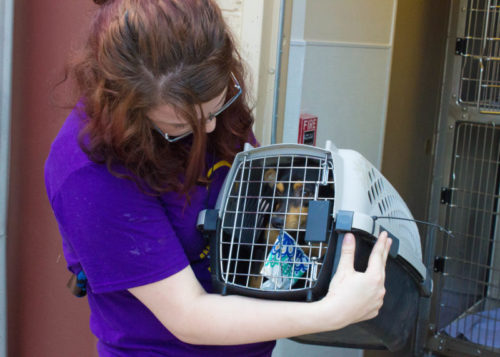 Torelli is optimistic that it won’t take long to find adopters for all the homeless animals. Their arrival corresponds conveniently with an upcoming Clear the Shelters Day where all adoption fees at their West Chester, New Castle, and Georgetown locations will be waived. Their hope is that the potential adopters who would otherwise have trouble finding small rescue dogs in the area will fall in love with the Chihuahuas, Rat Terriers, Jack Russells, Poodle mixes, and more that have been brought via air for the chance at new lives.

This transfer has freed up space in Arizona where there’s a never-ending need for more vacant kennels, more support, and more adopters. It’s also given 160 innocent animals new hope.