Last year, it didn’t seem like Dennis would ever find a home. No one was interested because of his eyes. But then the right person came along, and as soon as she saw him, she adopted him. Now his family is celebrating their first anniversary together.

The Collie’s former owner was forced to give him up because he could no longer care for him, but Dennis is one of the lucky ones to have ended up at the Dogs Trust in Kenilworth, UK.

His looks caused him to be looked over, but once Liz Parkes locked eyes with him, it was a match.

“He seemed like a real character when we first met him at Dogs Trust and he has certainly lived up to this,” she told Metro. “Dennis has settled in really well and we absolutely adore him, he is the best of friends with our dog Milo and definitely one of the family – we already can’t imagine life without him.” 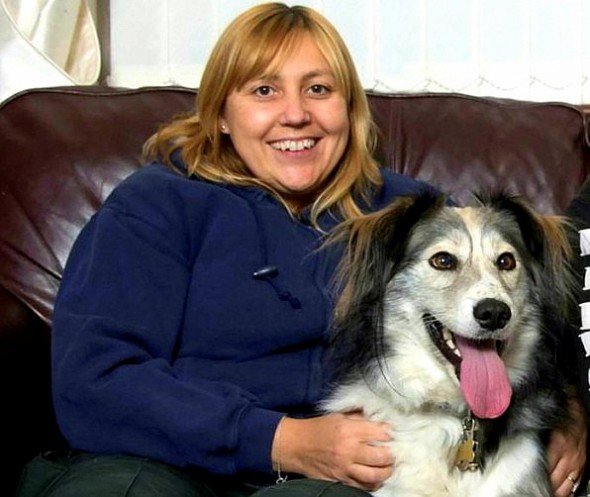 Dennis has strabismus, which makes him cross-eyed, but affects his vision very little. And his looks just make him even more loveable to Liz and boyfriend Nathan Bates.

“Some people will overlook any dogs that have a slight health problem or appear different, and even with his striking good looks and fun personality Dennis was often passed by so we are so delighted that he has finally found such a fantastic home,” Dogs Trusts’ Helen Barlow said. He is a super dog and we all became very attached to him when he was at Dogs Trust, so it’s wonderful for us to see him enjoying his first year in a happy home – looking cross-eyed at his anniversary cake – surrounded by a loving family.” 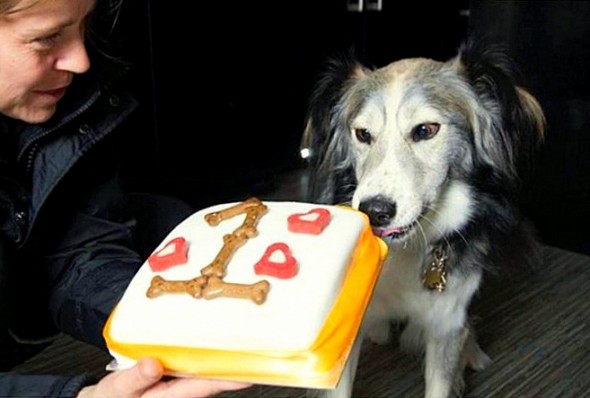 “His slightly comedic cross-eyed looks really suit his cheeky personality,” Liz said. “There is never a dull moment when Dennis is about, he is always up to mischief and we absolutely wouldn’t have him any other way.”