According to this source, a cruel woman from Urbana, Illinois literally baked her puppy to death and even bragged about it. The surprising part? She walks free. This woman called Kinny Redmon stated that the poor puppy belonged to her ex-boyfriend Dimarrio Zander, with whom she has a one year old child.

The police claimed that after breaking up with her boyfriend, the woman allowed him and his three month old pit bull puppy to stay in her house a little longer. One day they had a heated argument and the woman decided to get revenge – by baking his puppy in the oven to death. This she did after her boyfriend left for work after which she called him and asked him to come and save his puppy from the oven.

Take a look at this monster 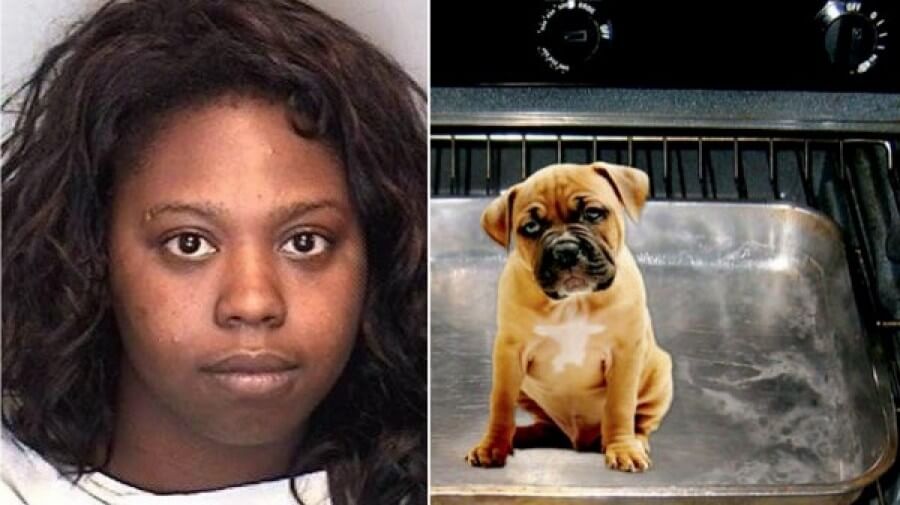