Stressed-out holiday travelers at one of the country’s busiest airports are getting a dose of comfort and joy, thanks to a crew of lovable, huggable golden retrievers. Half a dozen goldens from the Lutheran Church Charities’ K-9 ministry recently set up in Terminal 1 at Chicago O’Hare International Airport. United Airlines, apparently aware of how awesome golden retrievers are, invited the pups to greet travelers from Dec. 20 – 23.

“At Christmas, for a lot of people it’s a difficult holiday. It’s a stressful time for some travelers,” Tim Hetzner, president of Lutheran Church Charities, told The Huffington Post. “If you’ve ever [flown] out of those terminals, you know the need for stress relief.” 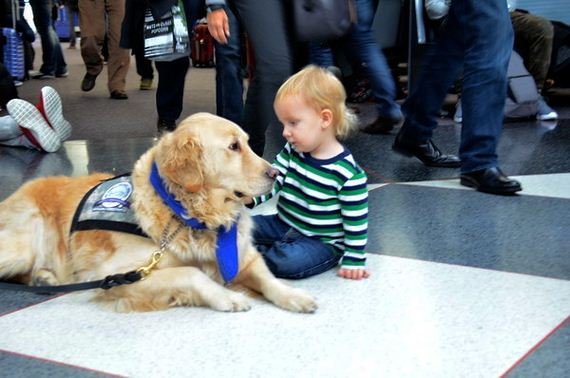 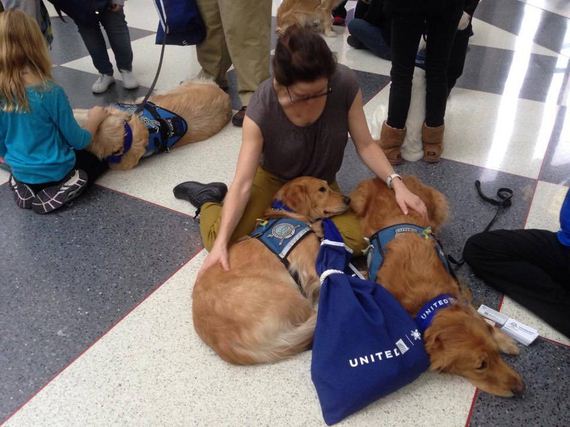 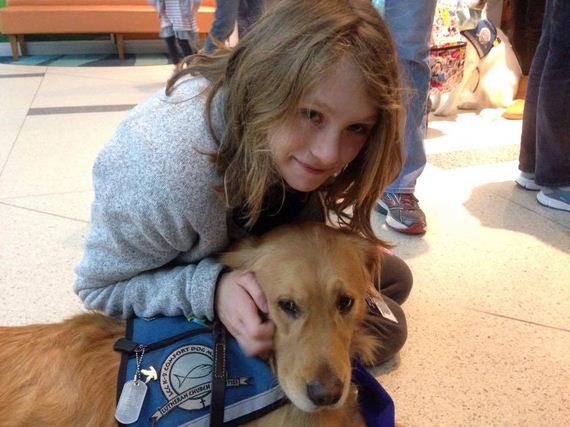 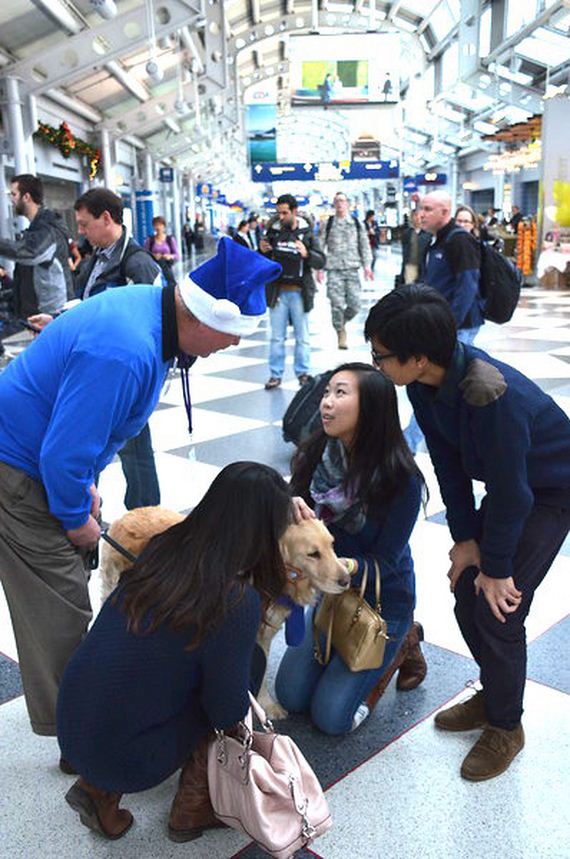 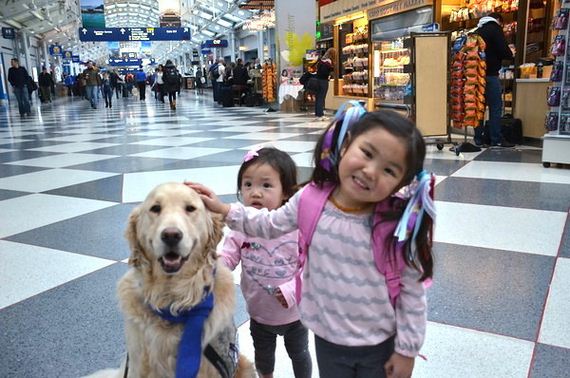 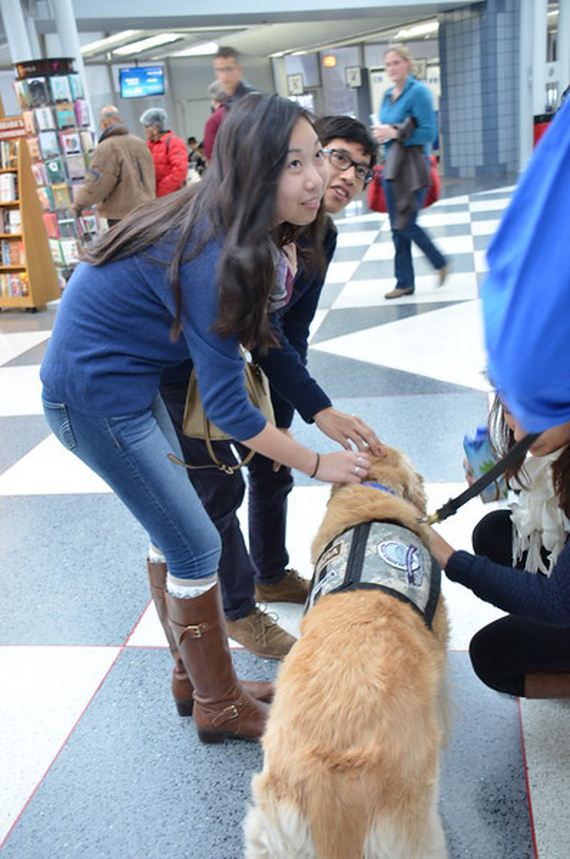 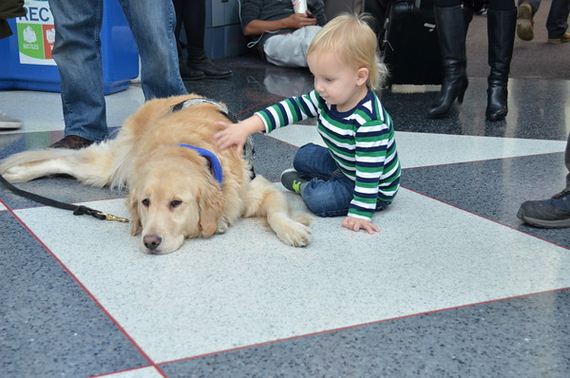 “Because of the stress of travel and family and all that, [travelers] see the dogs and they stop,” Hetzner said. “It’s a stress-relief in the midst of their travels. They look stressed and tense and then they pet the dogs, take a few deep breaths, hug them and move on. …Unless their flights are cancelled, then they’ll be there for hours.”

A blog post on the charity group’s website lists a number of reactions from people who stopped to play with the dogs. “We have been traveling 30 hours from India these dogs are helping us on the final leg,” said one. “I was late to the airport and missed my flight but I don’t care since the dogs are here,” said another.

Hetzner also said that this is the first year the K-9 ministry dogs have been deployed to O’Hare, though they make regular trips both near and far from their Addison, Illinois, home base. Most recently, several of the dogs were sent to Pontiac, Illinois, to help comfort a school community that had lost three students in five days to both illness and suicide, Hetzner said.

In 2013, the dogs were sent to help comfort survivors of the Sandy Hook school shooting, the Boston Marathon bombing and the deadly Oklahoma tornadoes.

The charity is also developing a Kare-9 military ministry to help veterans who have returned from service.